The Interplay between Cancer Biology and the Endocannabinoid System—Significance for Cancer Risk, Prognosis and Response to Treatment
Previous Article in Special Issue

The Metabolic Heterogeneity and Flexibility of Cancer Stem Cells

Ferroptosis is increasingly recognized as a promising avenue for cancer therapy, while the biomarkers that predict the sensitivity and/or resistance of ferroptosis and the molecular mechanisms that can be therapeutically exploited to modulate ferroptosis are not yet known. Here, we perform an integrated pharmacotranscriptomic analysis to systematically identify compounds and gene networks that regulate ferroptosis. Our results provide mechanistic insights into the deregulation of ferroptosis in cancer and suggest new approaches for ferroptosis-based cancer therapy. 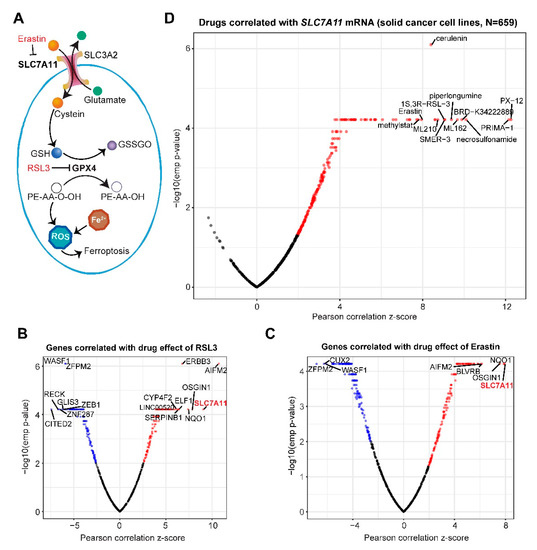