Molecular Complexity of Diffuse Large B-Cell Lymphoma: Can It Be a Roadmap for Precision Medicine?
Previous Article in Journal

Recently, we have described physiological expression patterns of NKL homeobox genes in early hematopoiesis and in subsequent lymphopoiesis. We identified nine genes which constitute the so-called NKL-code. Aberrant overexpression of code-members or ectopically activated non-code NKL homeobox genes are described in T-cell leukemia and in T- and B-cell lymphoma, highlighting their oncogenic role in lymphoid malignancies. Here, we introduce the NKL-code in normal hematopoiesis and focus on deregulated NKL homeobox genes in B-cell lymphoma, including HLX, MSX1 and NKX2-2 in Hodgkin lymphoma; HLX, NKX2-1 and NKX6-3 in diffuse large B-cell lymphoma; and NKX2-3 in splenic marginal zone lymphoma. Thus, the roles of various members of the NKL homeobox gene subclass are considered in normal and pathological hematopoiesis in detail. View Full-Text
Keywords: homeobox; homeodomain; NKL-code homeobox; homeodomain; NKL-code
►▼ Show Figures 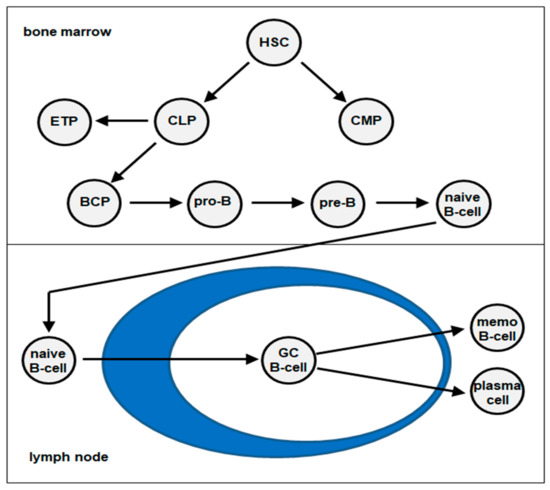