Inkjet printing [1] has attracted attention for the fabrication of micro/nano-functional structures as it is a non-contact technology that does not require etching and exposure processing. It allows complex functional patterns to be printed precisely on flat and three-dimensional substrates. Different printing and deposition techniques have been developed. Among these, electrospray deposition [2] is of particular interest as it represents an alternative to conventional deposition and photolithographic patterning techniques for various functional structures. Electrospray is an emerging technology that utilizes electric fields to realize liquid jet ejection to fabricate micro-/nano-scale droplets, particles, and thin films [3]. The electrostatic field can cause the liquid jets to be broken into smaller particles with diameters between 10 and 500 nm by charge repulsion. Electrospray involves the use of simple equipment and has excellent material compatibility, which allows the fabrication of a diverse range of materials, including polymers [4,5], semiconductors [6], and bio-particles [7].
Zinc oxide (ZnO) [8] is a semiconductor with a wide band gap and a high electron mobility. ZnO nanostructures exhibit desirable physical and chemical properties for use in a variety of applications, including electronic devices [9], sensors [10,11] and optoelectronic devices [12]. There are a number of different methods used to fabricate ZnO films [13,14], including ultrasonic spraying, thermal evaporation, and chemical vapor deposition, etc. Among these methods, electrospray is a simple and cost-effective way to fabricate microstructured thin films. In this paper, we report the use of electrospray to deposit ZnO patterns. The effects of experimental parameters on electrospray jet characteristics and electrosprayed patterns are studied. Additionally, a gas sensor is fabricated and the sensing response is demonstrated.

Zinc acetate dihydrate (ZnAc) and glycerol are used to prepare the solution for electrospray. Briefly, the ZnAc is added to the glycerol, and the concentration of ZnAc is 4 wt %. The ZnAc/glycerol solution is stirred at room temperature for 24 h to form a homogeneous solution.
The schematic of the experimental setup is shown in Figure 1. The ZnAc/glycerol solution is loaded into a syringe equipped with a capillary steel nozzle with an inner diameter of 0.06 mm and an outer diameter of 0.11 mm. A precise syringe pump (Harvard 11 Pico Plus, Harvard Apparatus, Cambridge, MA, USA) feeds the syringe at a controllable flow rate. A high-voltage power supply (DW-P403-1AC, Tianjin Dongwen High Voltage Power Supply Plant, Tianjin, China) with the anode connected to the nozzle and the cathode connected to a grounded glass substrate is used to generate the electric field for electrospray. The morphology of electrosprayed patterns is examined using an optical microscope.
The ZnAc/glycerol solution is served as a precursor. To generate the ZnO thin film, the electrosprayed ZnAc pattern is placed on a heating plate (C-MAG HS7, IKA®-Werke GmbH & Co. KGStaufen, Breisgau, Germany) to conduct a calcination process. This calcination process is conducted at a temperature of 773 K in air. The heating rate is set at 10 K/min and the heating time is 1 h. After the calcination, the ZnAc/glycerol is decomposed and oxidized to obtain ZnO.
The electrospray process is observed and captured by a CCD camera (UI-1250SE, IDS Imaging Development Systems GmbH, Obersulm, Germany) equipped with a zoom lens. The electrosprayed patterns are observed by an optical microscope (FS-70, Mitutoyo Co., Kawasaki, Japan). The stable jet length, electrospray angle and particle diameter are measured with the assistance of an image processing and analysis software (ImageJ, National Institutes of Health, Bethesda, MD, USA). 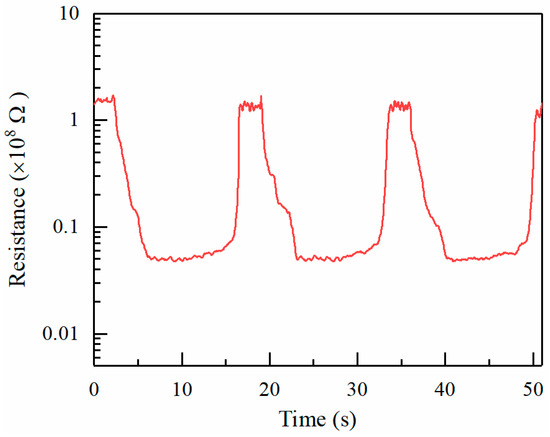 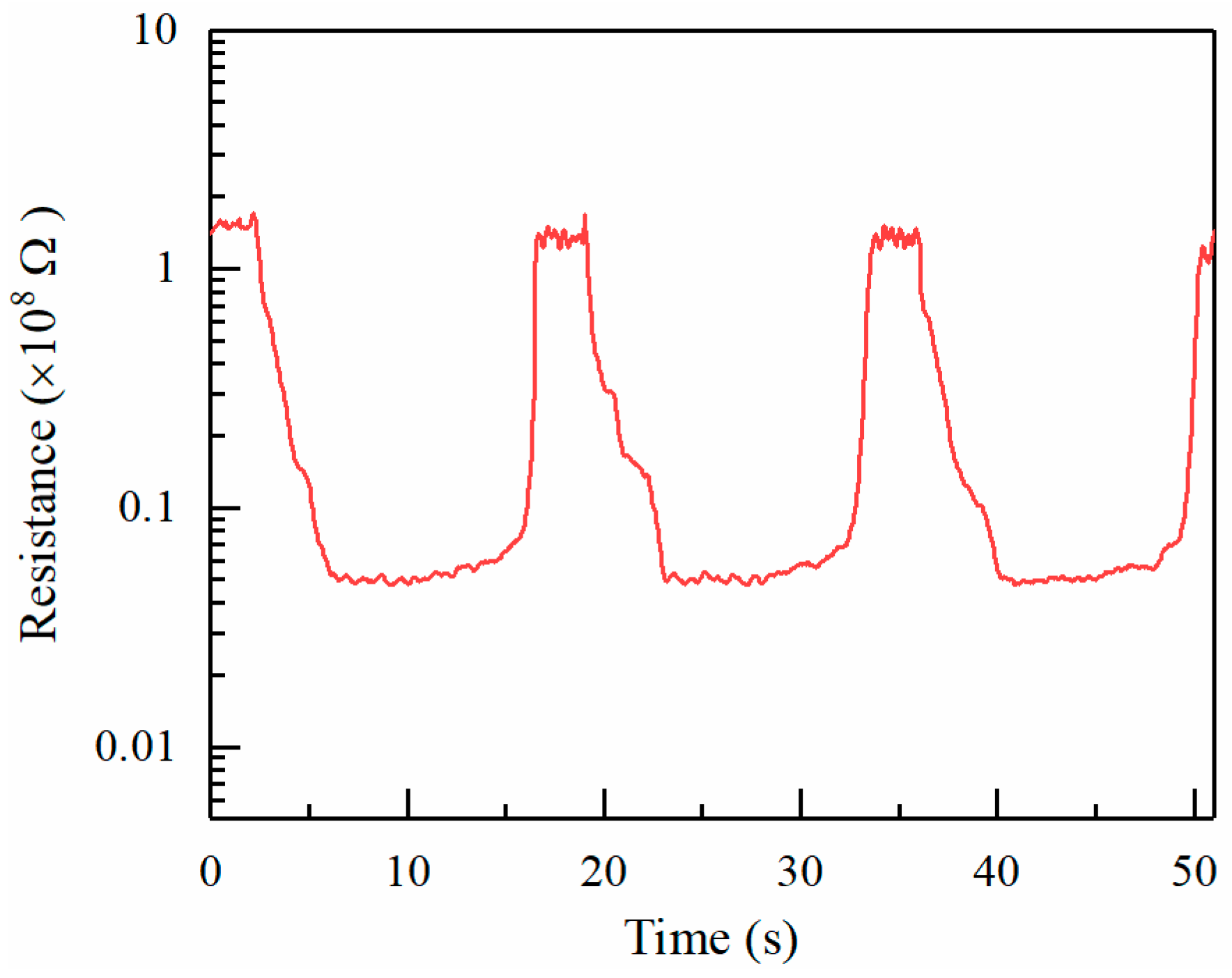 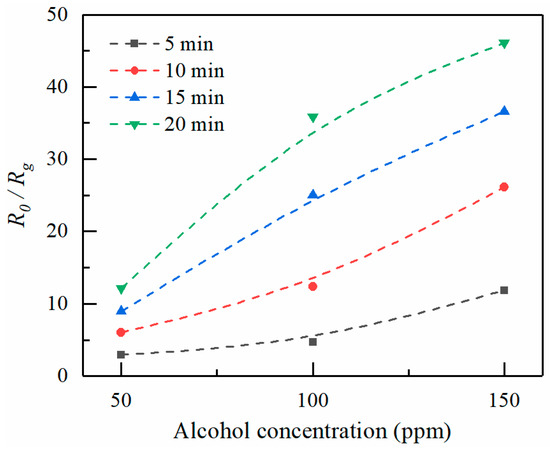