Preparation of an Acridinium Ester-Labeled Antibody and Its Application in GoldMag Nanoparticle-Based, Ultrasensitive Chemiluminescence Immunoassay for the Detection of Human Epididymis Protein 4

With the decrease of size and weight of portable electronic products, the requirement of a power management chip for internal integration is becoming urgent. For micro-processors and mobile devices, thin film magnetic inductors are useful for integrated power delivery solutions, which will replace conventional wire-wound inductors [1,2]. The miniaturization and integration of the inductor with electronic circuits are the key to realize electronic products with high performance, small size, light weight, high saturation current, high efficiency, and low lost [3,4,5]. In recent years, with the rapid development of micro-electro-mechanical systems (MEMS) fabrication process and integrated passive devices (IPD) technology, the thin-film technology combined with MEMS process becomes one of the most advanced technologies to develop micro-inductive devices [6,7,8]. Since Soohoo et al. proposed and prepared the micro-inductors with magnetic thin-film in 1979, many researchers have paid much attention to this field [9,10,11]. Sugawara et al. developed a monolithic DC/DC converter by utilizing a thin-film planar inductor and CoHfTaPd amorphous magnetic film. The inductance and quality factor of the inductor were 0.96 µH and Q = 4.3 [12].
The use of thin-film magnetic inductors has the advantages of increasing inductance per unit and decreasing containment of magnetic fields compared to coreless inductors. However, it has the disadvantage of extra eddy current loss in the magnetic film, especially when the inductor works in high frequency.
In general, the micro-inductors must have small size which is comparable to the size of the active components if they are integrated in DC/DC converters successfully. In order to reduce the eddy current losses resulted from the magnetic film in high frequency, a planar inductor with patterned magnetic film has been developed in this study. The patterned magnetic film can concentrate the magnetic field lines to improve inductance, which reduces eddy current losses to get high quality factor. The magnetic film was prepared by electrodepositing Ni80Fe20 permalloy which has relatively high saturation flux density (>0.6 T) and initial permeability μi (40–60 mH/m). For comparison, an inductor without magnetic film and an inductor with non-patterned magnetic film were also fabricated. The three inductors have the same planar double coils. The performances at 1.5 MHz low-power DC/DC converter of the fabricated micro-inductors are presented. The design and simulation of the micro-inductor device are described in Section 2. Inductor fabrication and performance characteristics are described in Section 3. Section 4 highlights measurement results for the micro-inductor when used with a prototype 1.5 MHz DC/DC down-converter chip. Conclusions and future developments are presented in Section 5.

2.1. Effect of Patterned Magnetic Film on the Performances of Micro-Inductor

2.2. Effect of Magnetic Film Thickness on the Performances of Micro-Inductor

3.1. Fabrication of the Planar Inductor

3.2. Application of the Micro-Inductor in a Buck DC/DC Converter

The micro-inductors were developed for its application in a DC/DC buck converter. The DT8515 (Dorsent Technologies Inc., Shanghai, China) was selected as DC/DC converter. The application circuit of the DC/DC buck converter is shown in Figure 9a. A testing Printed Circuit Board (PCB) was designed to enable the high-frequency measurement for the converter and the micro-inductor, as shown in Figure 9b. The fabricated micro-inductors were connected with the PCB by using a wire-bond connection.

4.1. Electrical Properties of the Fabricated Micro-Inductors

The fabricated inductors were tested by an electronic system, as shown in Figure 12a. The ITECH DC ELECTRONIC LOAD (IT8510, 120 V/20 A/120 W, ITECH, Yorba Linda, CA, USA) was used as the simulation load. Agilent 6000 oscilloscope (MSO6034A, Agilent Technologies, Santa Clara, CA, USA) was used to collect the output voltage. ITECH TRIPLE OUTPUT DC POWER SUPPLY (IT6322, 0–3 V) was used for the power supply providing typical converter parameters, such as 5 V input voltage, 0–1.2 V output voltage, 100 mA load DC current. The measured efficiency versus output current of the 1.5-MHz switching buck DC/DC converter (Vi = 5 V, Vo = 1.2 V) is shown in Figure 12b. For Type 3 micro-inductor, the converter has a 67% maximum efficiency at an output current of 100 mA. The energy loss of Type 3 decreases by 15% compared to that of Type 2.
As shown in Figure 11 and Figure 12, the micro-inductor with patterned magnetic film has the improved inductance and quality factor compared to that without magnetic film or with non-patterned magnetic film. The patterning of magnetic film is useful in controlling the distribution of magnetic field and current according to the simulation results, which is closely related to the inductance and quality factor of the inductor. The measured results are consistent with the simulation results.

This study has received funding from the National Basic Research Program of China (973 Program). The authors would like to thank the mentor Guifu Ding, Ping Cheng, Congchun Zhang, and laboratory colleagues Xiaomin Zhu and Zhe Liu for their help with the microfabrication.

Mingming Chen designed, fabricated, and tested the micro-inductor; analyzed the results; and wrote the paper. Xiaomin Zhu and Zhe Liu helped to fabricate and characterize the micro-inductor. Guifu Ding and Congchun Zhang gave suggestions and helpful discussions on the microfabrication, characterization, and manuscript writing. Ping Cheng reviewed the paper. 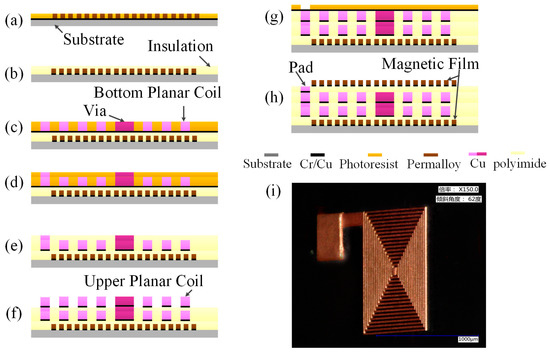 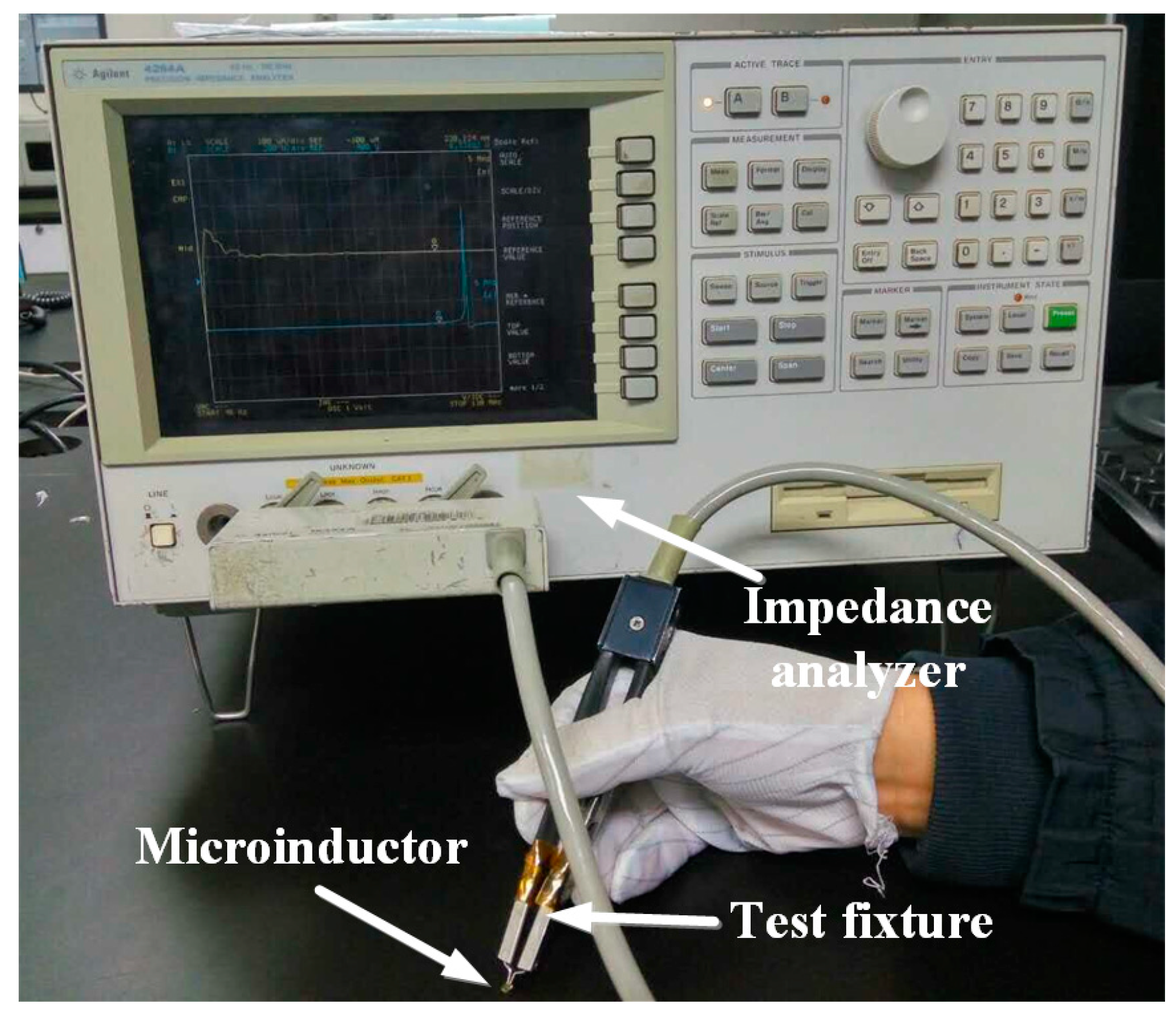 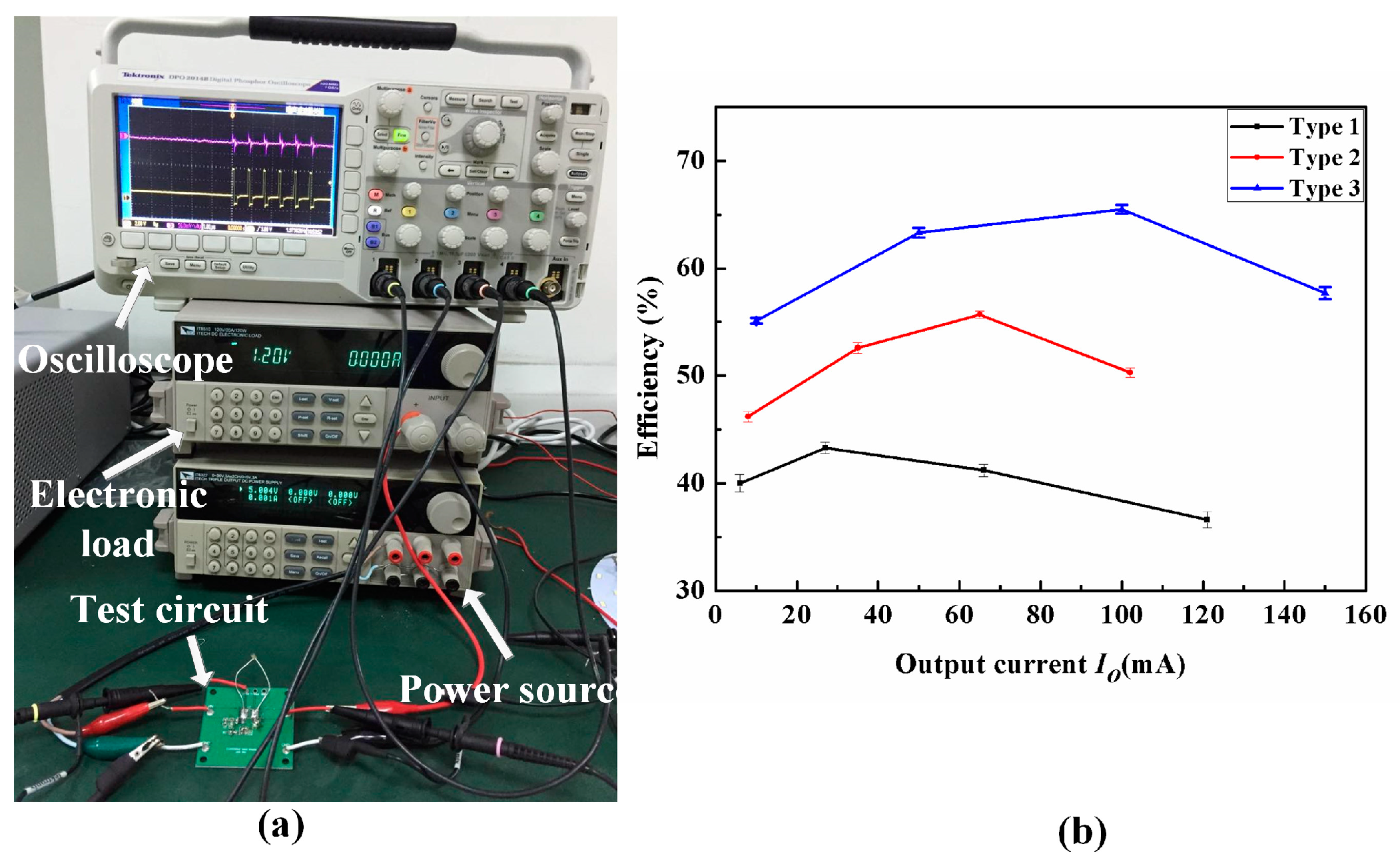 Table 1. Specifications of three planar inductors.
Table 1. Specifications of three planar inductors.
© 2017 by the authors. Licensee MDPI, Basel, Switzerland. This article is an open access article distributed under the terms and conditions of the Creative Commons Attribution (CC BY) license (http://creativecommons.org/licenses/by/4.0/).
We use cookies on our website to ensure you get the best experience. Read more about our cookies here.
Accept
We have just recently launched a new version of our website. Help us to further improve by taking part in this short 5 minute survey here. here.
Never show this again