Ants (Formicidae) represent a taxonomically diverse group of hymenopterans with over 13,000 extant species, the majority of which inject or spray secretions from a venom gland. The evolutionary success of ants is mostly due to their unique eusociality that has permitted them to develop complex collaborative strategies, partly involving their venom secretions, to defend their nest against predators, microbial pathogens, ant competitors, and to hunt prey. Activities of ant venom include paralytic, cytolytic, haemolytic, allergenic, pro-inflammatory, insecticidal, antimicrobial, and pain-producing pharmacologic activities, while non-toxic functions include roles in chemical communication involving trail and sex pheromones, deterrents, and aggregators. While these diverse activities in ant venoms have until now been largely understudied due to the small venom yield from ants, modern analytical and venomic techniques are beginning to reveal the diversity of toxin structure and function. As such, ant venoms are distinct from other venomous animals, not only rich in linear, dimeric and disulfide-bonded peptides and bioactive proteins, but also other volatile and non-volatile compounds such as alkaloids and hydrocarbons. The present review details the unique structures and pharmacologies of known ant venom proteinaceous and alkaloidal toxins and their potential as a source of novel bioinsecticides and therapeutic agents. View Full-Text
Keywords: ant venom; toxins; venom biochemistry; alkaloids; formic acid; peptides; enzymes ant venom; toxins; venom biochemistry; alkaloids; formic acid; peptides; enzymes
►▼ Show Figures 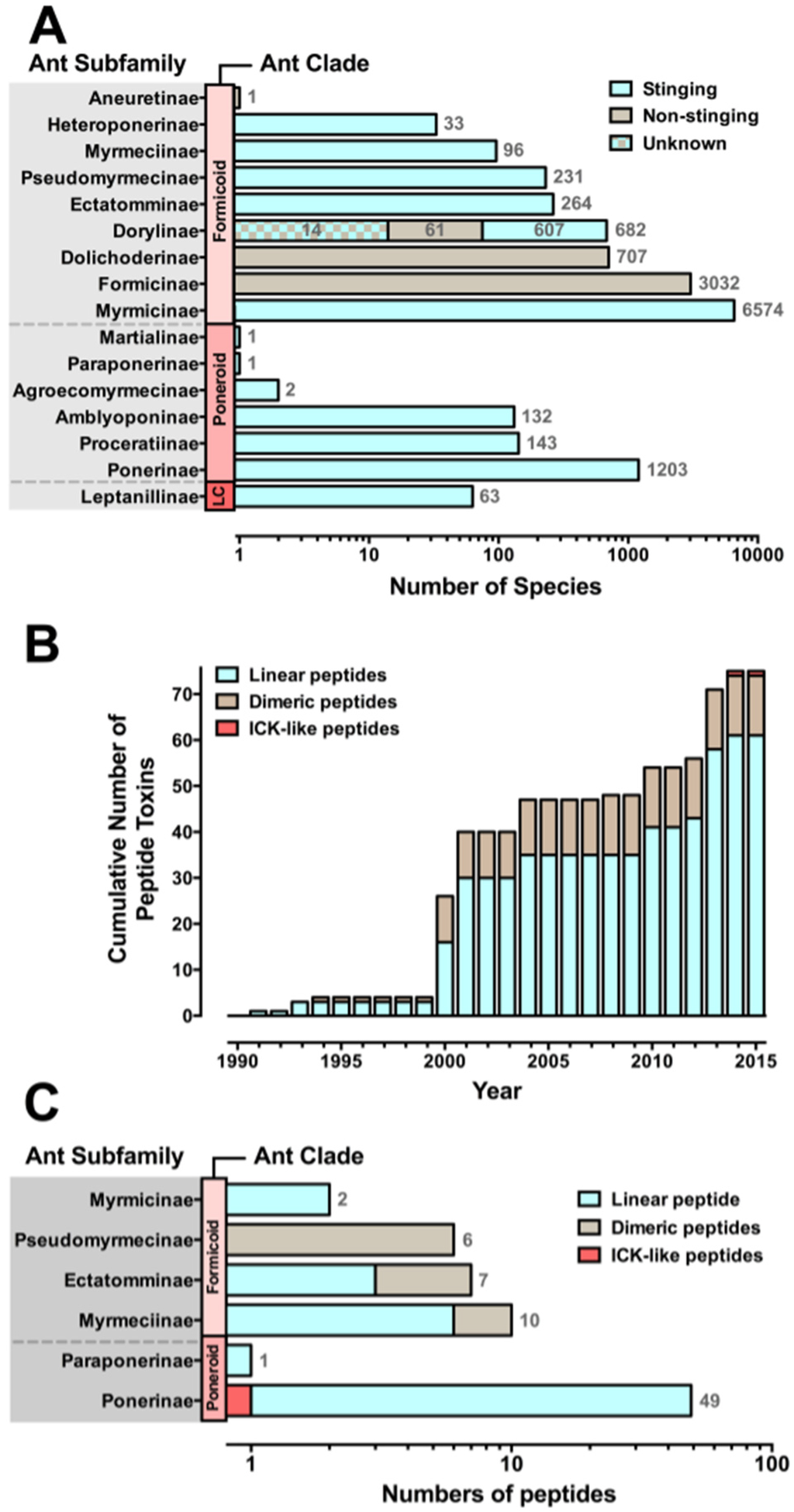