Acupoint Injection of Onabotulinumtoxin A for Migraines

Current evidence suggests that botulinum neurotoxins (BoNTs) A1 and B1, given locally into peripheral tissues such as skin, muscles, and joints, alter nociceptive processing otherwise initiated by inflammation or nerve injury in animal models and humans. Recent data indicate that such locally delivered BoNTs exert not only local action on sensory afferent terminals but undergo transport to central afferent cell bodies (dorsal root ganglia) and spinal dorsal horn terminals, where they cleave SNAREs and block transmitter release. Increasing evidence supports the possibility of a trans-synaptic movement to alter postsynaptic function in neuronal and possibly non-neuronal (glial) cells. The vast majority of these studies have been conducted on BoNT/A1 and BoNT/B1, the only two pharmaceutically developed variants. However, now over 40 different subtypes of botulinum neurotoxins (BoNTs) have been identified. By combining our existing and rapidly growing understanding of BoNT/A1 and /B1 in altering nociceptive processing with explorations of the specific characteristics of the various toxins from this family, we may be able to discover or design novel, effective, and long-lasting pain therapeutics. This review will focus on our current understanding of the molecular mechanisms whereby BoNTs alter pain processing, and future directions in the development of these agents as pain therapeutics. View Full-Text
Keywords: pain; botulinum neurotoxin; BoNT; spinal cord; primary afferent; glia; neurotransmitter; SNAREs pain; botulinum neurotoxin; BoNT; spinal cord; primary afferent; glia; neurotransmitter; SNAREs
►▼ Show Figures 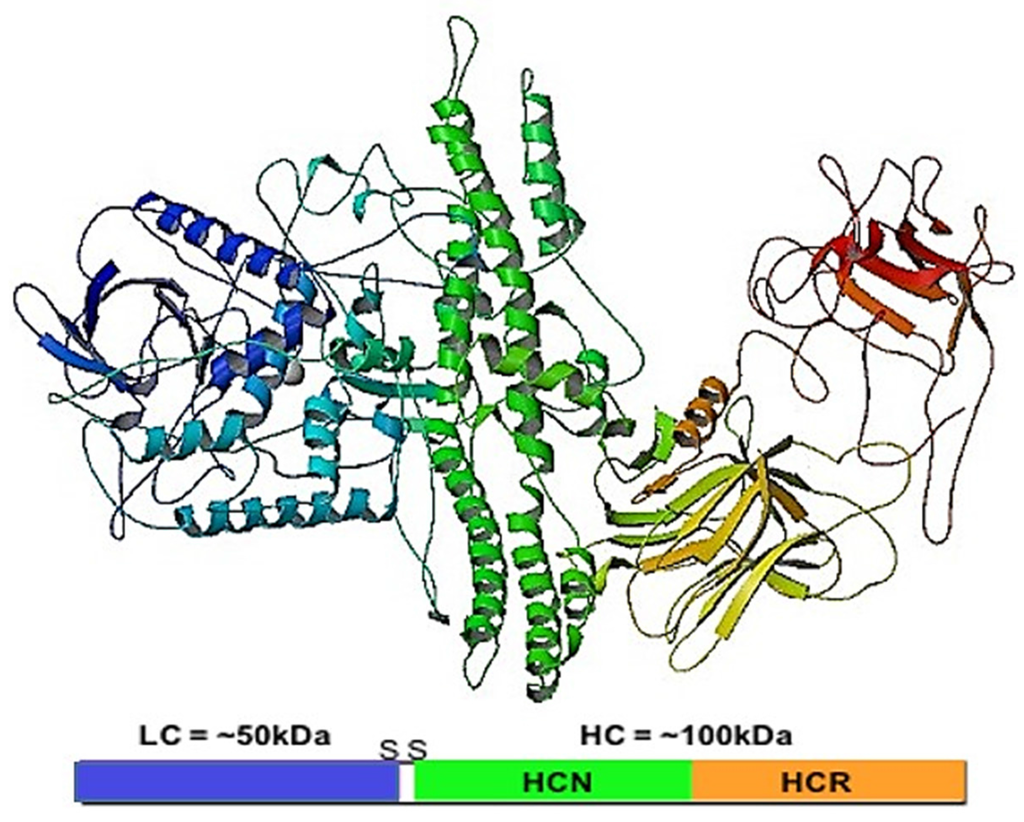