The Saccharomyces boulardii CNCM I-745 Strain Shows Protective Effects against the B. anthracis LT Toxin

The probiotic yeast Saccharomyces boulardii (S. boulardii) has been prescribed for the prophylaxis and treatment of several infectious diarrheal diseases. Gastrointestinal anthrax causes fatal systemic disease. In the present study, we investigated the protective effects conferred by Saccharomyces boulardii CNCM I-745 strain on polarized T84 columnar epithelial cells intoxicated by the lethal toxin (LT) of Bacillus anthracis. Exposure of polarized T84 cells to LT affected cell monolayer integrity, modified the morphology of tight junctions and induced the formation of actin stress fibers. Overnight treatment of cells with S. boulardii before incubation with LT maintained the integrity of the monolayers, prevented morphological modification of tight junctions, restricted the effects of LT on actin remodeling and delayed LT-induced MEK-2 cleavage. Mechanistically, we demonstrated that in the presence of S. boulardii, the medium is depleted of both LF and PA sub-units of LT and the appearance of a cleaved form of PA. Our study highlights the potential of the S. boulardii CNCM I-745 strain as a prophylactic agent against the gastrointestinal form of anthrax. View Full-Text
Keywords: anthrax toxins; probiotics; Saccharomyces boulardii anthrax toxins; probiotics; Saccharomyces boulardii
►▼ Show Figures 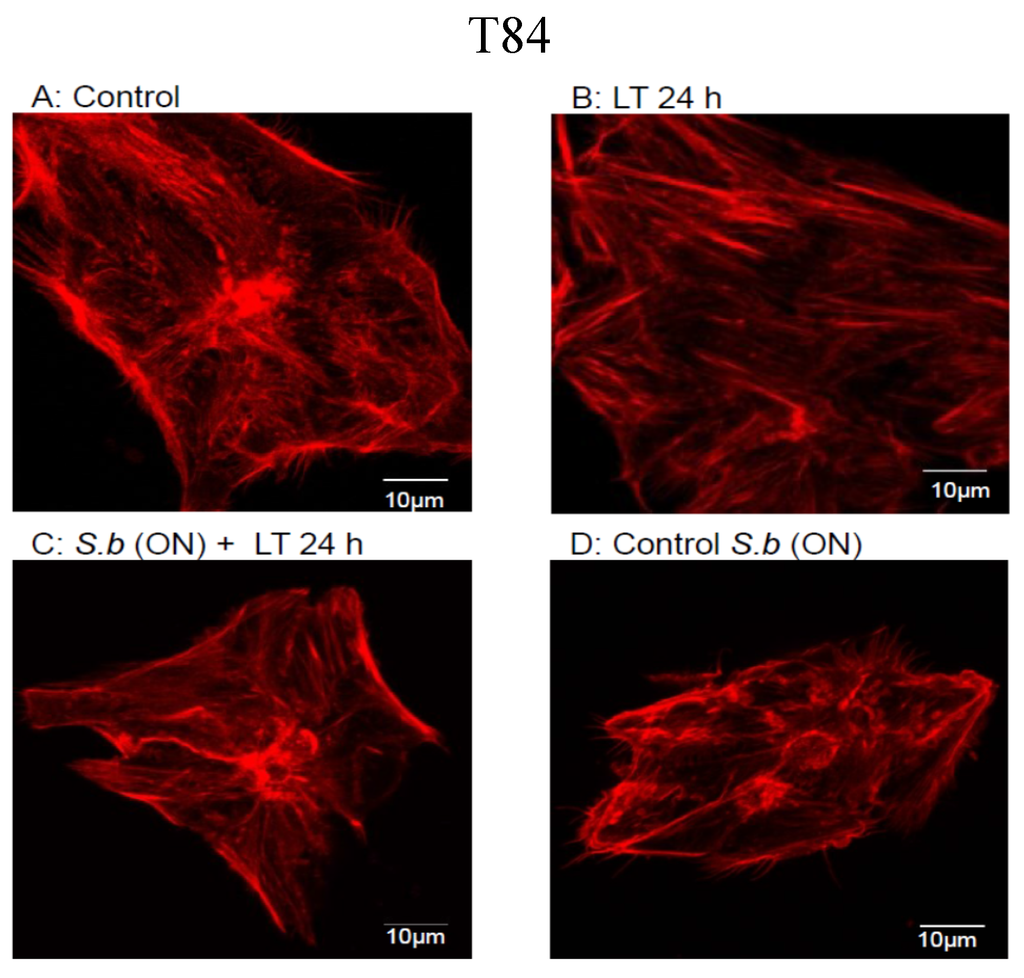