Within mega-diverse Hymenoptera, non-aculeate parasitic wasps represent 75% of all hymenopteran species. Their ovipositor dual-functionally injects venom and employs eggs into (endoparasitoids) or onto (ectoparasitoids) diverse host species. Few endoparasitoid wasps such as Pimpla turionellae paralyze the host and suppress its immune responses, such as encapsulation and melanization, to guarantee their offspring’s survival. Here, the venom and its possible biology and function of P. turionellae are characterized in comparison to the few existing proteo-transcriptomic analyses on parasitoid wasp venoms. Multiple transcriptome assembly and custom-tailored search and annotation strategies were applied to identify parasitoid venom proteins. To avoid false-positive hits, only transcripts were finally discussed that survived strict filter settings, including the presence in the proteome and higher expression in the venom gland. P. turionella features a venom that is mostly composed of known, typical parasitoid enzymes, cysteine-rich peptides, and other proteins and peptides. Several venom proteins were identified and named, such as pimplin2, 3, and 4. However, the specification of many novel candidates remains difficult, and annotations ambiguous. Interestingly, we do not find pimplin, a paralytic factor in Pimpla hypochondriaca, but instead a new cysteine inhibitor knot (ICK) family (pimplin2), which is highly similar to known, neurotoxic asilid1 sequences from robber flies. View Full-Text
Keywords: hymenopteran venomics; parasitoid wasps; proteomics; transcriptomics; Pimplin2; ICK; knottins hymenopteran venomics; parasitoid wasps; proteomics; transcriptomics; Pimplin2; ICK; knottins
►▼ Show Figures 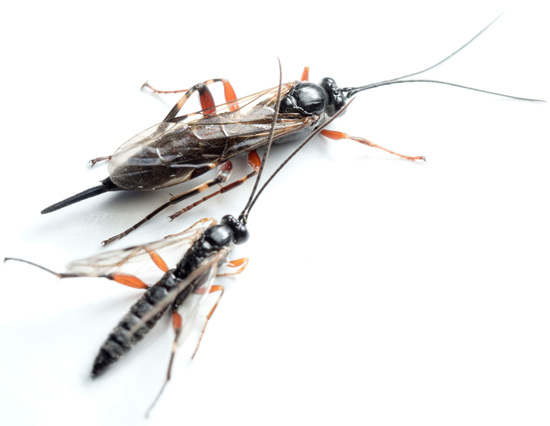