Interaction between Insects, Toxins, and Bacteria: Have We Been Wrong So Far?
Previous Article in Journal

It is hypothesized that the uremic toxin indoxyl sulfate (IS) plays a role in the pathogenesis of renal anemia. To further explore that hypothesis, we examined the effects of IS on reactive oxygen species (ROS) production, levels of reduced glutathione (GSH), and erythrocyte death (eryptosis) in red blood cells (RBC) from healthy controls (CON-RBC) and hemodialyzed patients (HD-RBC), respectively. RBC were incubated either in either TRIS-Glc-BSA buffer or IS at concentrations of 0.01, 0.09, and 0.17 mM, respectively. We measured ROS generation (expressed as % of DCFH-DA positive RBC), eryptosis (expressed as % of annexin-V positive RBC), and GSH levels after 6, 12, and 24 h. When incubated in buffer, ROS production was approximately seven-fold higher at all time points HD-RBC when compared to CON-RBC. Incubation with IS increased ROS production in CON-RBS dose-dependently up to 10-fold. Eryptosis in buffer-incubated HD-RBC was up to seven-fold higher as compared to COB-RBC. Incubation of CON-RBC with IS increased the eryptosis rate dose-dependently up to 6-fold. Pretreatment of CON-RBC with the organic anion transporter 2 (OAT2) specific inhibitor ketoprofen or with NADPH oxidase inhibitor diphenyleneiodonium-Cl blunted the IS effect on both ROS production and eryptosis induction. While GSH levels in HD-RBC were reduced when compared to CON-RBC, they were not affected by IS incubation. In summary, IS increases ROS generation and eryptosis in CON-RBC by an activity dependent of the IS influx through OAT2, and NADPH oxidase activity-dependent, and a GSH-independent mechanism. These findings lend support to a putative role of IS in the pathogenesis of renal anemia.
Keywords: chronic kidney disease; indoxyl sulfate; eryptosis; oxidative stress chronic kidney disease; indoxyl sulfate; eryptosis; oxidative stress

Anemia is a common complication in chronic kidney disease (CKD). Although renal anemia is predominantly caused by an impaired renal erythropoietin synthesis, it can be worsened by other factors [1]. Erythropoiesis stimulating agents (ESA) have a limited capacity of raising hemoglobin levels in inflamed patients, suggesting the contribution of inflammation in erythropoietin hyporesponsiveness, in which shortened red blood cell life span due to premature erythrocyte death (eryptosis) is also observed [2]. Many of these mechanisms are thought to induce oxidative stress or an altered ratio of pro-oxidative to antioxidant molecules within red blood cells (RBC). This imbalance can then result in the activation of Ca2+ and Cl− channels, leading to cellular shrinkage and subsequent eryptosis [3].
Previous studies have shown that toxins, such as vanadate [4], acrolein [5], methylglyoxal [6], and indoxyl sulfate (IS) [7] cause eryptosis via not yet fully understood mechanisms. IS could well contribute to the accelerated erythrocyte death (eryptosis) in CKD [7] as well increase the risk of interference with microcirculation by PS exposure [8]. In addition, both free indoxyl sulfate (IS) and total IS, were significantly associated with erythropoietin levels [9] in CKD patients; this correlation was also demonstrated by IS suppressing erythropoietin (EPO) mRNA expression, via the disturbance in oxygen metabolism [10] and attenuating EPO-induced tyrosine phosphorylation of EPO receptor leading to an EPO resistance [11].
It is known that uremic toxins accumulate in various tissues, via organic anion transporters (OATs), causing damage. OAT1 and OAT3 have previously been shown to interact with many of uremic toxins in vitro and some in vivo data indicate that the OATs also handle many endogenous metabolites [12,13,14]. Recently, Sager and collaborators [15] characterized the transporters that are responsible for the uptake of cyclic nucleotides to human RBC surface and by western blotting, showing an expression of OAT2, but no expression of OAT1 or OAT3. Human-OAT2 was observed at the basolateral side of the proximal tubule, where it mediates the transport of organic anions, including salicylate and prostaglandin F2a, as well as interacting with IS [16,17]. However, the relationship between IS and OATs on erythrocytes has not been clarified.
Under these circumstances the aim of the present study was to investigate mechanism by which the uremic toxin IS induces oxidative stress in erythrocytes and eryptosis. We incubated red blood cells (RBC) from healthy control (CON-RBC) with different concentrations of IS in the presence or absence of different inhibitors for the initial mechanism of IS influx or for oxidative stress pathway and measured (1) generation of reactive oxygen species (ROS); (2) eryptosis rate; and, (3) levels of reduced glutathione (GSH). All of these analyses were also made with RBC from hemodialysis patients (HD-RBC) and compared to CON-RBC.

ROS generation in CON-RBC incubated with IS increased in a dose-dependent manner (Figure 1A–C). Of note, ROS production in freshly collected not incubated HD-RBC was with 21.2 ± 8.3% higher than in CON-RBC incubated in TRIS-Glc-BSA and comparable to levels that are seen in CON-RBC incubated for 12–24 h in 0.17 mM IS (Figure 1B,C, respectively).
While the eryptosis rate in CON-RBC that was incubated in TRIS-Glc-BSA tripled between 12 and 24 h, this increase was substantially more pronounced in IS-incubated CON-RBC, where eryptosis increased more than 10-fold at the highest IS level (Figure 1E,F, respectively). The eryptosis rate in freshly collected HD-RBC was with 12.5 ± 2.7%, which is similar to one observed in CON-RBC after 12 h incubation in IS at 0.09 mM and 0.17 mM, respectively (Figure 1E).
Interestingly, both ROS generation and eryptosis were inhibited after 24 h of incubation with IS used in higher concentration (1 mM), (Figure 1C,F, respectively), as a negative feedback by the transporter of the IS influx into the cells.
Thirty minutes of pre-treatment of CON-RBC with diphenyleneiodonium chloride (DPI) (10 µM), which is an inhibitor of NADPH oxidase, or with ketoprofen (KETO) (30 μM) an OAT2 specific inhibitor, blunted the effect of a 24-h incubation in IS on both ROS production and eryptosis (Figure 2).

We measured GSH levels in (1) CON-RBC incubated in different IS concentrations (Figure 3—First Protocol); (2) CON-RBC incubated in autologous serum or in serum obtained from HD-patient; and, (3) Freshly collected not incubated HD-RBC from hemodialysis patients (Figure 3—Second Protocol). As a positive control of GSH levels, CON-RBC were also incubated in tert-Butyl hydroperoxide (TBHP, 5 mM), which is a substance that lowers intracellular GSH levels.
Results are shown in Figure 4. The top row shows that in CON-RBC incubated with different IS concentrations did not have a noticeable effect on GSH levels after 6, 12, and 24 h incubation (Panels A–C, respectively), while incubation in the positive control TBHP caused a substantial GSH decrease.
The bottom row of Figure 4, Panel D shows that both autologous serum (S-CON) or dialysis patient serum (S-HD) had no effect on the reduction of GSH levels at 24 h in CON-RBC, but the same cells that were incubated with positive control TBHP showed the expected GSH decline. Panel E shows baseline levels of GSH in CON-RBC vs. HD-RBC. GSH levels decline by ~50% in HD-RBC. Incubation in TBHP of the CON-RBC markedly lowered the GSH levels.

This study was approved by the Ethics Committee of Pontifícia Universidade Católica do Paraná (PUCPR). Informed consent was obtained from all individuals (Approved on August 29, 2016 under registration number 1.752.213). Clinically stable HD patients (n = 10), in a thrice-weekly hemodialysis program for at least three months using high-flux dialyzers, were recruited from the dialysis unit of PUCPR. Criteria of inclusion form both HD patients and Healthy subjects were age >18 years old, provided written, informed consent prior to blood collection. Criteria of exclusion were the presence of acute or chronic infection, active immunological disease, and blood transfusion with-in the past month. Healthy subjects, defined after clinical interview were recruited from laboratory staff. Heparinized blood (5–10 mL) was obtained from healthy controls (n = 8) and patients (n = 10) on hemodialysis.

Blood samples were centrifuged at 3000 rpm for 15 min at room temperature. The buffy coat was carefully discarded, and the remaining erythrocytes were washed three times with cold phosphate buffered saline (PBS). The cells were then incubated for 6, 12, or 24 h at 37 °C at 0.5% hematocrit with 5% CO2 in different concentrations of indoxyl sulfate (Sigma-Aldrich, St. Louis, MO, USA) (IS—0.01 mM, 0.09 mM, and 0.17 mM, concentrations established by Duranton and coworkers [38]), diluted in Tris-Glucose-BSA buffer (mM—21.0 tris(hydroxymethyl)aminomethane; 4.7 KCl; 2.0 CaCl2, 140.5 NaCl; 1.2 MgSO4, and 5.5 glucose, added 4% of Bovine Serum Albumin (Sigma-Aldrich, St. Louis, MO, USA)—pH 7.4). In order to better understand whether the influx of the toxin would be a pathway for the erythrocyte activation, we used 1 mM of IS to incubate the RBCs for 24 h, concentration described by promote negative feedback in organic anion transporters (OAT) [17]. Erythrocytes that were subjected to inhibition of NADPH oxidase or Organic Anion Transport 2 (OAT2) were pretreated with diphenyleneiodonium (DPI—10 µM) or with ketoprofen (KETO) (30 μM) [39], respectively, for 30 min before the addition of indoxyl sulfate for 24 hours incubation. Additionally, higher IS concentration (1mM) was used as a positive saturable uptake [17]. For reduced glutathione dosage, 150 µL of pure RBC were used. Control erythrocytes were incubated for the same period of time in Tris-Glc-BSA buffer only (Figure 5).

CON-RBC were stained with the cellular protein annexin-V-PE (BD Bioscience, Sparks, MD, USA) for 15 min in the dark, according the manufacturer’s instructions, washed once with phosphate buffer solution, and then resuspended in 200 µL of Fix-FACS. Annexin-V fluorescence intensity was analyzed by flow cytometry (FACS Calibur BD Bioscience, Sparks, MD, USA). HD-RBC were stained using the same technique (See Figure 4).

First Protocol—After incubation in different concentrations of indoxyl sulfate for 6, 12, or 24 h, the CON-RBC suspension (50% hematocrit) were prepared to GSH analysis (Figure 2).
Second Protocol—CON-RBC were also used to serum tests. Cells were incubated for 24 h in autologous serum (S-CON) or serum obtained from hemodialysis patients (S-HD). HD-RBC were collected and immediately prepared for GSH measurement (Figure 2).
Positive control in both protocols—CON-RBC were incubated with 5 mM tert-Butyl hydroperoxide (TBHP) for 30 min in Tris-Glc-BSA buffer.
After the incubations that were described above, erythrocytes (50% hematocrit) were deproteinized with 650 µL of solution containing 2 M perchloric acid and 4 mM diethylenetriaminepentaacetic acid (DTPA), and then centrifuged at 13,000 rpm for 10 min at 4 °C. On ice and under the protection from light, the pH of the supernatant (100 µL) was adjusted to ~7 with 800 µL of 300 mM phosphate buffer containing 10 mM ethylenediaminetetraacetic acid (EDTA). After a short spin in the centrifuge, the supernatant was incubated in a solution containing 0.25 mM Ellman’s Reagent (DTNB) in 300 mM phosphate buffer with 0.1 mM DTPA, pH 7.5. After 10 min of incubation, the absorbance of the sample was measured in a U-2900 Hitachi spectrophotometer (Hitachi High-Technologies Corporation, Tokyo, Japan) at 412 nm Protein content was determined from the initial 50% hematocrit suspension by the Bradford method.

All data are presented as mean ± SD or percentage as compared to the control, which was considered to be 100%. The significance of differences was determined by one-way analysis of variance (ANOVA), followed by a post hoc Tukey multiple comparisons test. All statistical analysis was performed using GraphPad Prism 5 software (GraphPad Software, La Jolla, CA, USA). p < 0.05 was considered to be statistically significant.

This research was supported by grants from CNPq. Gabriela Dias was the recipient of research fellowship from PIBIC/CNPq. Roberto Pecoits Filho and Lia Sumie Nakao are recipients of the CNPq scholarship. The authors thank Sarunas Daugirdas for editorial assistance.

P.K. holds stock in Fresenius Medical Care. The other authors declare no conflict of interest. 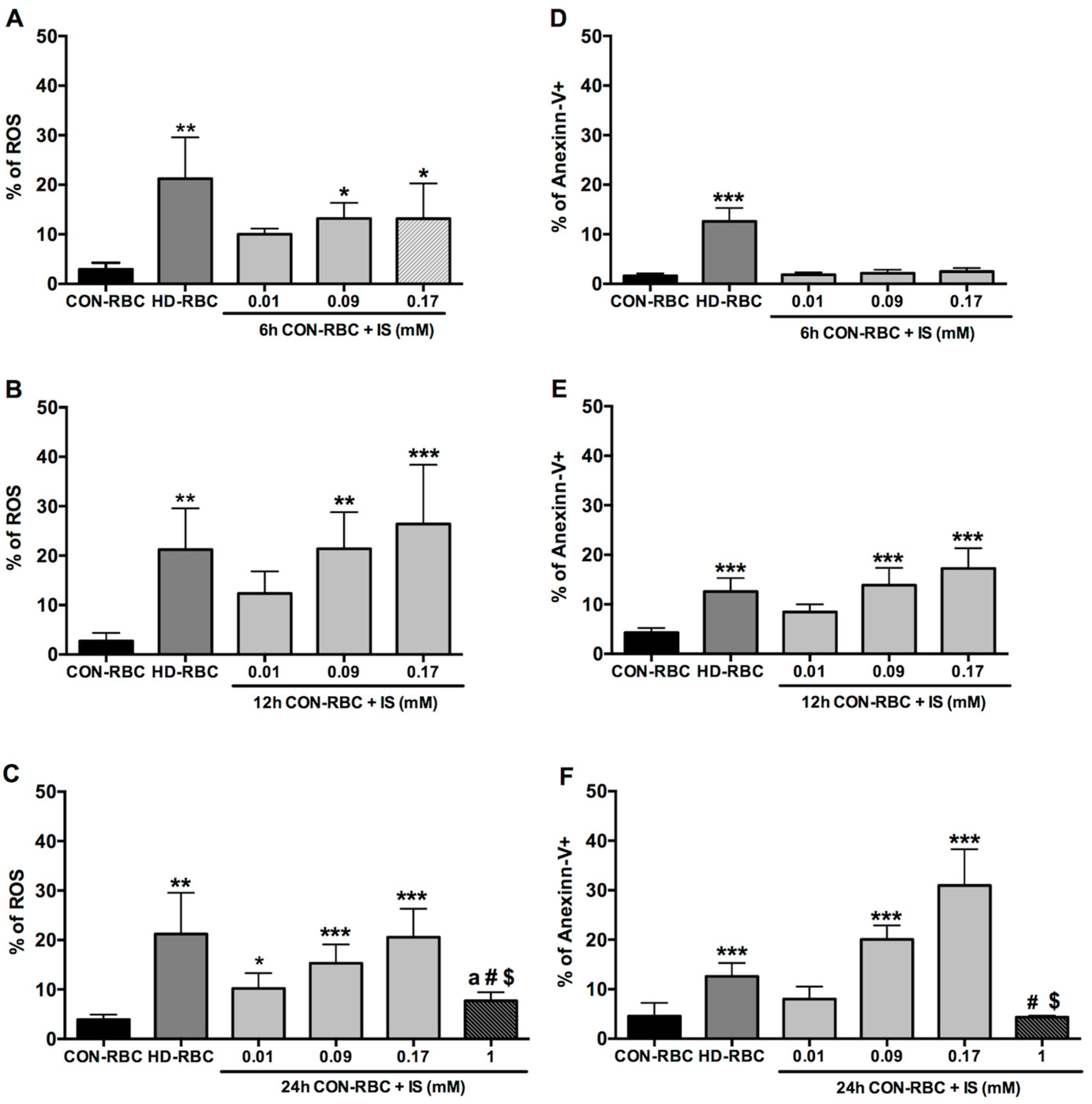 Table 1. Clinical and Laboratory characteristics of the study Population.
Table 1. Clinical and Laboratory characteristics of the study Population.
Data expressed as mean ± SD, or binary variables (frequency). BMI = Body mass index; Hb = hemoglobin; HD = hemodialysis; CVD = cardiovascular disease; DM = diabetes mellitus; NA = not available.
© 2018 by the authors. Licensee MDPI, Basel, Switzerland. This article is an open access article distributed under the terms and conditions of the Creative Commons Attribution (CC BY) license (http://creativecommons.org/licenses/by/4.0/).
We use cookies on our website to ensure you get the best experience. Read more about our cookies here.
Accept
We have just recently launched a new version of our website. Help us to further improve by taking part in this short 5 minute survey here. here.
Never show this again