Sensory Neuronopathy Revealing Severe Vitamin B12 Deficiency in a Patient with Anorexia Nervosa: An Often-Forgotten Reversible Cause
Previous Article in Journal

Editorial
We Need Studies of the Mortality Effect of Vitamin A Supplementation, Not Surveys of Vitamin A Deficiency
by

Research Center for Vitamins and Vaccines is supported by the Danish National Research Foundation (DNRF108). 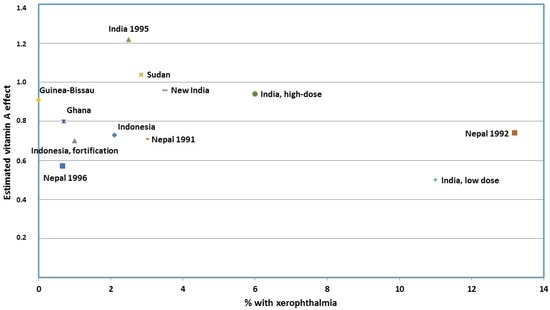