The Effect of the Sodium to Potassium Ratio on Hypertension Prevalence: A Propensity Score Matching Approach

Effect of Probiotics on Depression: A Systematic Review and Meta-Analysis of Randomized Controlled Trials

It has been reported that gut probiotics play a major role in the bidirectional communication between the gut and the brain. Probiotics may be essential to people with depression, which remains a global health challenge, as depression is a metabolic brain disorder. However, the efficacy of probiotics for depression is controversial. This study aimed to systematically review the existing evidence on the effect of probiotics-based interventions on depression. Randomized, controlled trials, identified through screening multiple databases and grey literature, were included in the meta-analysis. The meta-analysis was performed using Review Manager 5.3 software using a fixed-effects model. The meta-analysis showed that probiotics significantly decreased the depression scale score (MD (depressive disorder) = −0.30, 95% CI (−0.51–−0.09), p = 0.005) in the subjects. Probiotics had an effect on both the healthy population (MD = −0.25, 95% CI (−0.47–−0.03), p = 0.03) and patients with major depressive disorder (MDD) (MD = −0.73, 95% CI (−1.37–−0.09), p = 0.03). Probiotics had an effect on the population aged under 60 (MD = −0.43, 95% CI (−0.72–−0.13), p = 0.005), while it had no effect on people aged over 65 (MD = −0.18, 95% CI (−0.47–0.11), p = 0.22). This is the first systematic review and meta-analysis with the goal of determining the effect of probiotics on depression. We found that probiotics were associated with a significant reduction in depression, underscoring the need for additional research on this potential preventive strategy for depression. View Full-Text
Keywords: probiotics; depression; meta-analysis; randomized controlled trial probiotics; depression; meta-analysis; randomized controlled trial
►▼ Show Figures 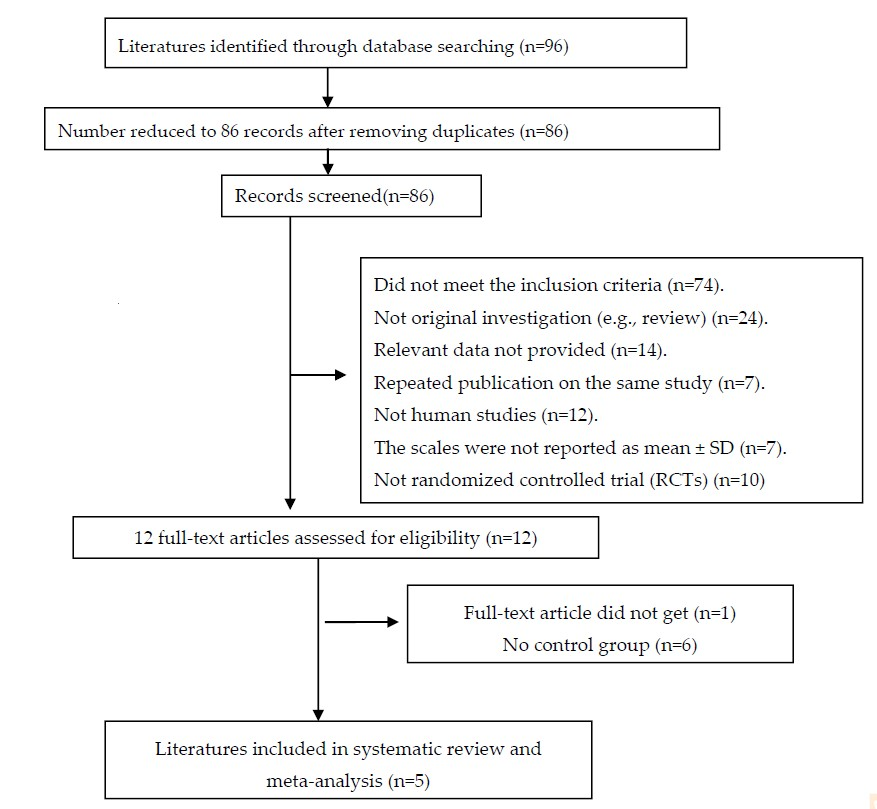