Chronic arginine intake is believed to have favorable effects on the body. However, it might be hypothesized that excessive consumption of an individual amino acid exerts adverse effects on distribution and metabolism of other amino acids. We evaluated the effect of chronic intake of arginine on amino acid concentrations in blood plasma, liver, kidneys, and soleus and extensor digitorum longus muscles. Rats were fed a standard diet or a high-arginine diet (HAD) for two months. Half of the animals in each group were sacrificed in the fed state, and the other half after fasting overnight. HAD increased blood plasma concentrations of urea, creatinine, arginine, and ornithine and decreased most other amino acids. Arginine and ornithine also increased in muscles and kidneys; an increase of lysine was observed in both muscle types. Methionine, phenylalanine, threonine, asparagine, glycine, serine, and taurine decreased in most tissues of HAD fed animals. Most of the effects of HAD disappeared after overnight fasting. It is concluded that (i) enhanced dietary arginine intake alters distribution of almost all amino acids; and (ii) to attain a better assessment of the effects of various nutritional interventions, an appropriate number of biochemical measurements must be performed in both postprandial and postabsorptive states. View Full-Text
Keywords: nutritional supplements; arginine; amino acids; starvation; nutrition nutritional supplements; arginine; amino acids; starvation; nutrition
►▼ Show Figures 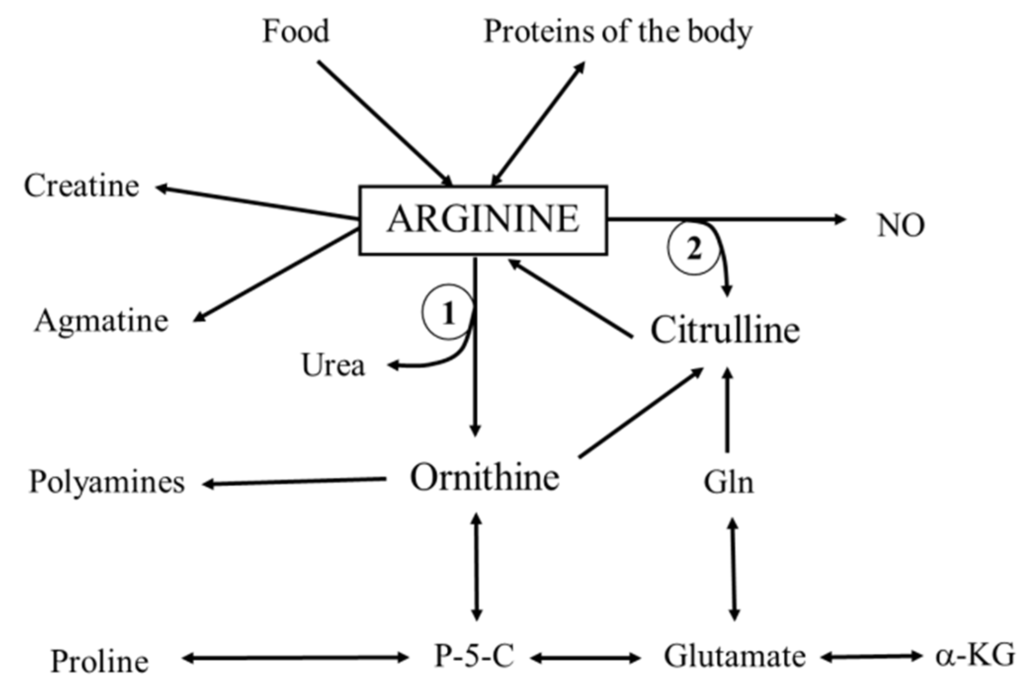 
Holecek, Milan; Sispera, Ludek. 2016. "Effects of Arginine Supplementation on Amino Acid Profiles in Blood and Tissues in Fed and Overnight-Fasted Rats." Nutrients 8, no. 4: 206.