Is It the Appropriate Time to Stop Applying Selenium Enriched Salt in Kashin-Beck Disease Areas in China?

Selenium is an essential element that is required to support a number of cellular functions and biochemical pathways. The objective of this study was to examine the effects of reduced dietary selenium levels on gene expression to assess changes in expression of non-selenoprotein genes that may contribute to the physiological consequences of selenium deficiency. Mice were fed diets that were either deficient in selenium or supplemented with selenium in the form of sodium selenite for six weeks. Differences in liver mRNA expression and translation were measured using a combination of ribosome profiling, RNA-Seq, microarrays, and qPCR. Expression levels and translation of mRNAs encoding stress-related selenoproteins were shown to be up-regulated by increased selenium status, as were genes involved in inflammation and response to interferon-γ. Changes in serum cytokine levels were measured which confirmed that interferon-γ, as well as IL-6, were increased in selenium adequate mice. Finally, microarray and qPCR analysis of lung tissue demonstrated that the selenium effects on immune function are not limited to liver. These data are consistent with previous reports indicating that adequate selenium levels can support beneficial immune responses, and further identify the IL-6 and interferon-γ pathways as being responsive to dietary selenium intake. View Full-Text
Keywords: IL-6; interferon-γ; ribosome profiling; selenium; selenocysteine; selenoprotein IL-6; interferon-γ; ribosome profiling; selenium; selenocysteine; selenoprotein
►▼ Show Figures 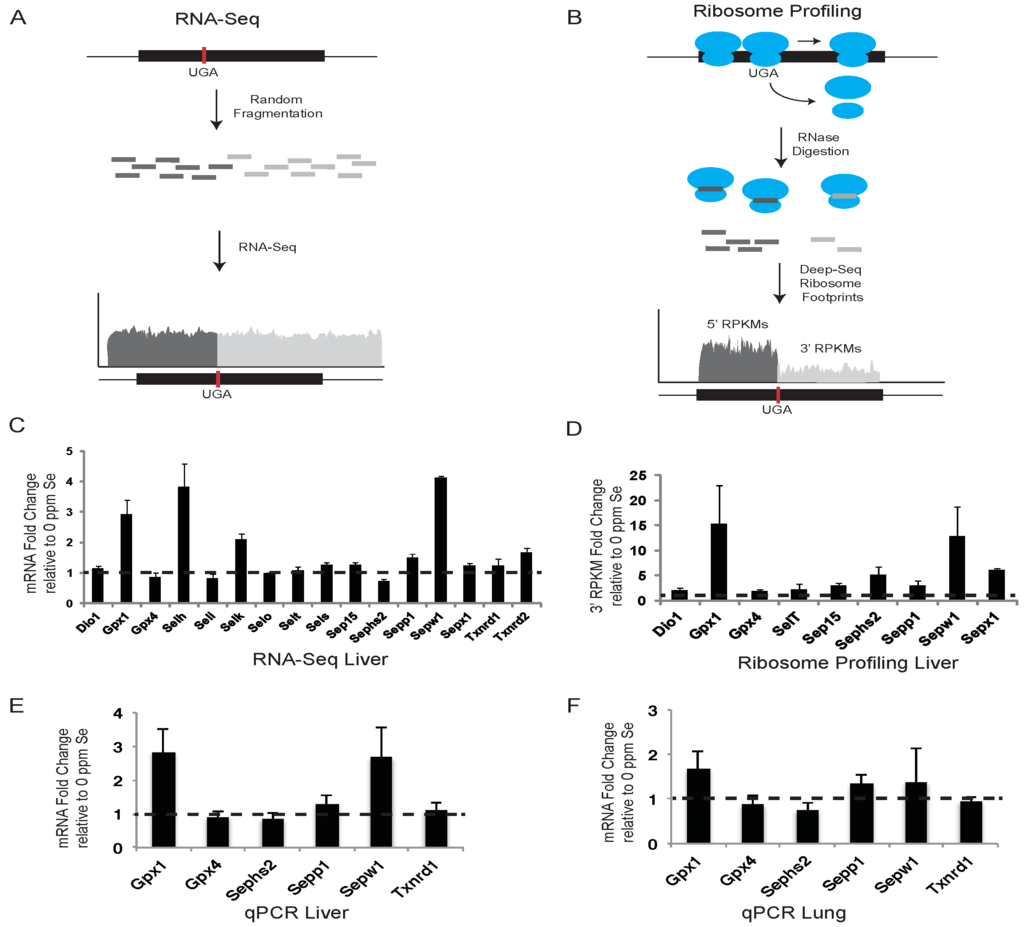