To Legislate or Not to Legislate? A Comparison of the UK and South African Approaches to the Development and Implementation of Salt Reduction Programs

An Evaluation of the Effects of the Australian Food and Health Dialogue Targets on the Sodium Content of Bread, Breakfast Cereals and Processed Meats

The Australian Food and Health Dialogue set sodium reduction targets for three food categories (breads, ready-to-eat breakfast cereals and processed meats) to be achieved by December, 2013. Sodium levels for 1849 relevant packaged foods on the shelves of Australian supermarkets between 2010 and 2013 were examined. Changes in mean sodium content were assessed by linear mixed models, and the significance of differences in the proportion of products meeting targets was determined using chi-squared or McNemar’s tests. The mean sodium level of bread products fell from 454 to 415 mg/100 g (9% lower, p < 0.001), and the proportion reaching target rose from 42% to 67% (p < 0.005). The mean sodium content of breakfast cereals also fell substantially from 316 to 237 mg/100 g (25% lower, p < 0.001) over the study period. The decline in mean sodium content of bacon/ham/cured meats from 1215 to 1114 mg/100 g (8% lower, p = 0.001) was smaller, but associated with a rise in the proportion meeting the target from 28% to 47%. Declines in mean sodium content did not appreciably differ between companies that did and did not make public commitments to the targets. These data show that the Australian food industry can reduce salt levels of processed foods and provide a strong case for broadening and strengthening of the Food and Health Dialogue (FHD) process. View Full-Text
Keywords: salt reduction; food supply salt reduction; food supply
►▼ Show Figures 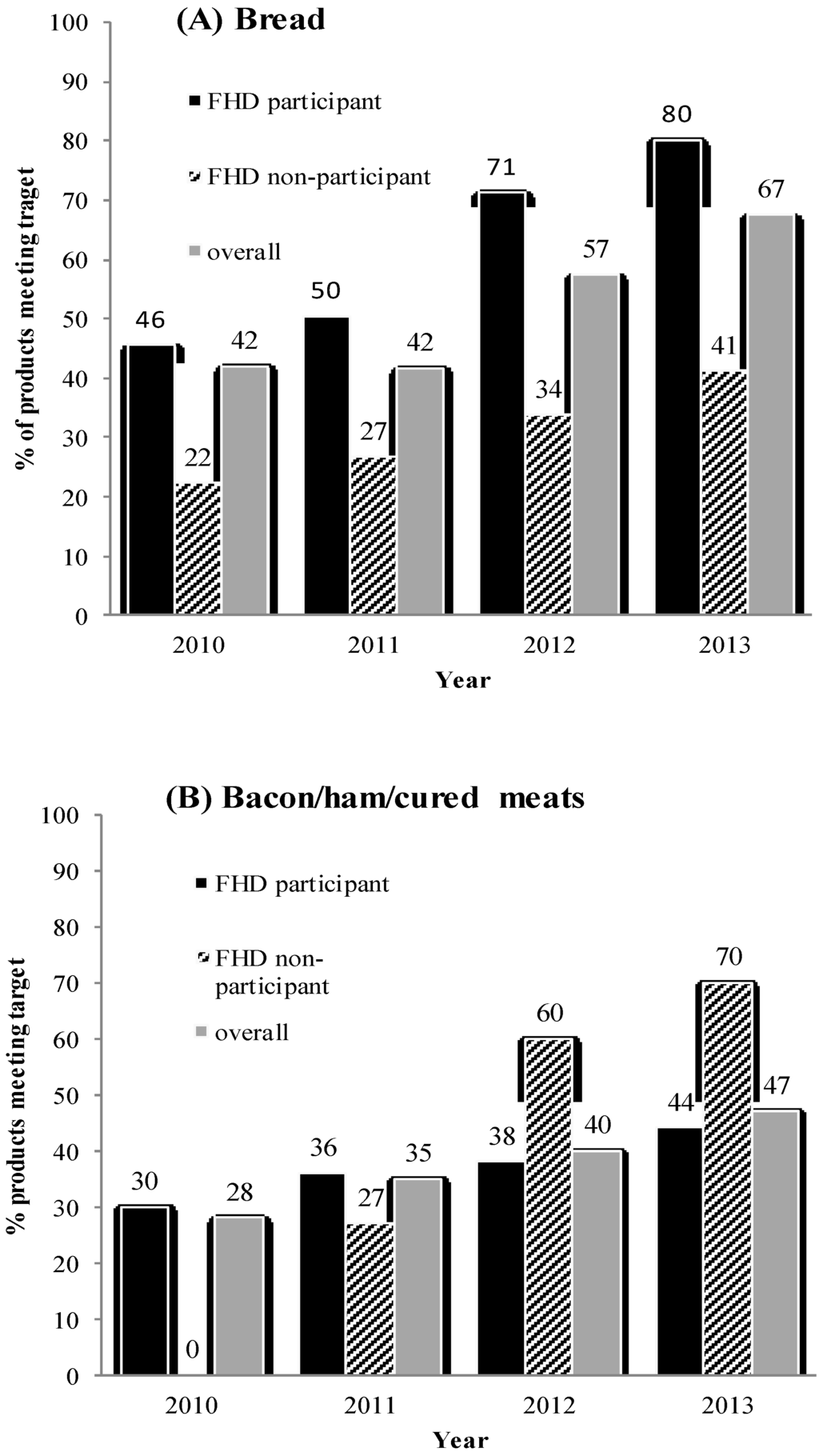