Piperine Inhibits the Activities of Platelet Cytosolic Phospholipase A2 and Thromboxane A2 Synthase without Affecting Cyclooxygenase-1 Activity: Different Mechanisms of Action Are Involved in the Inhibition of Platelet Aggregation and Macrophage Inflammatory Response
Next Article in Special Issue

Assessing the Average Sodium Content of Prepacked Foods with Nutrition Declarations: The Importance of Sales Data
Previous Article in Journal

Target Salt 2025: A Global Overview of National Programs to Encourage the Food Industry to Reduce Salt in Foods

Accuracy of Canadian Food Labels for Sodium Content of Food 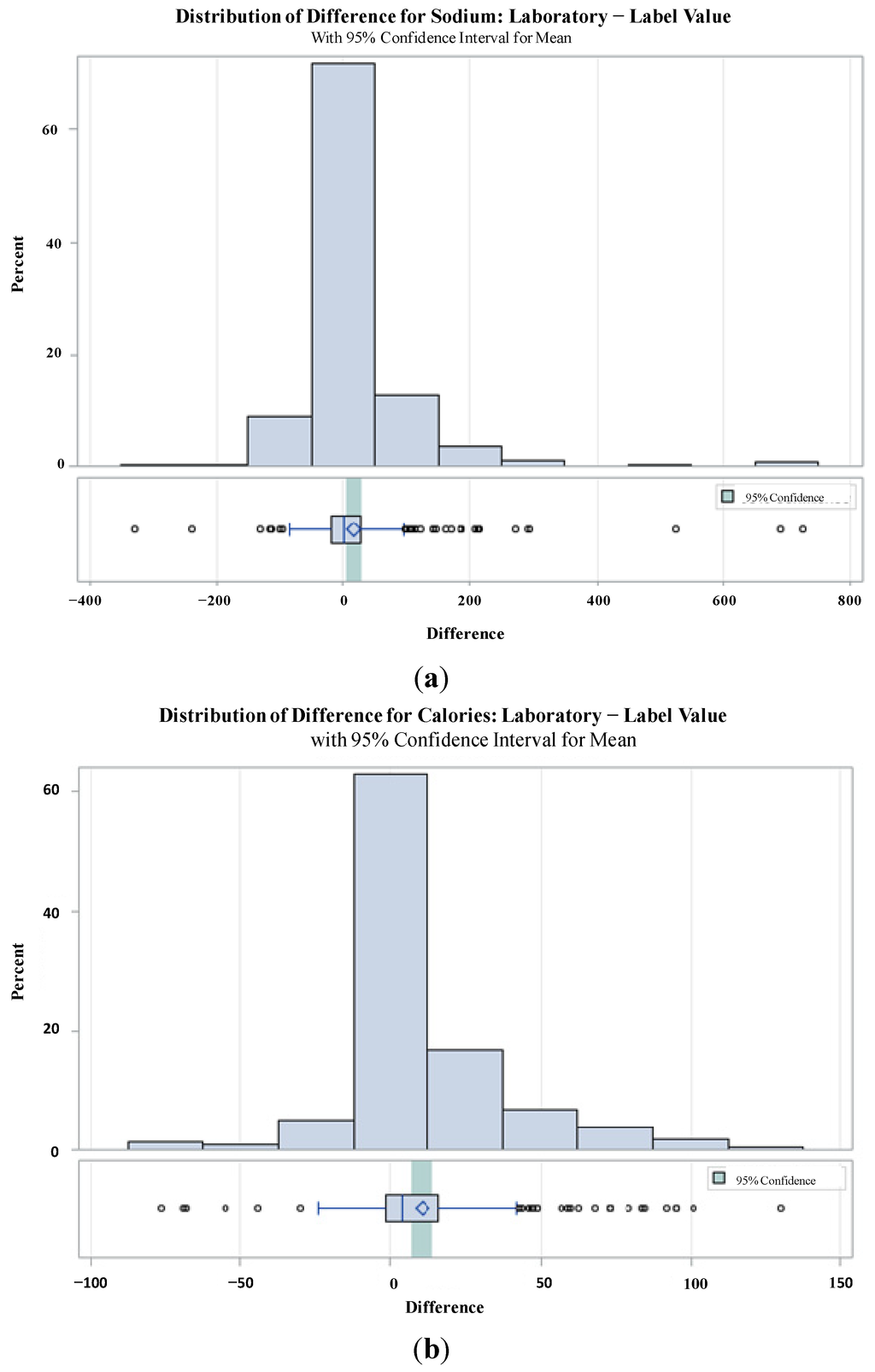