Vitamin A Deficiency and Alterations in the Extracellular Matrix

Vitamin A or retinol which is the natural precursor of several biologically active metabolites can be considered the most multifunctional vitamin in mammals. Its deficiency is currently, along with protein malnutrition, the most serious and common nutritional disorder worldwide. It is necessary for normal embryonic development and postnatal tissue homeostasis, and exerts important effects on cell proliferation, differentiation and apoptosis. These actions are produced mainly by regulating the expression of a variety of proteins through transcriptional and non-transcriptional mechanisms. Extracellular matrix proteins are among those whose synthesis is known to be modulated by vitamin A. Retinoic acid, the main biologically active form of vitamin A, influences the expression of collagens, laminins, entactin, fibronectin, elastin and proteoglycans, which are the major components of the extracellular matrix. Consequently, the structure and macromolecular composition of this extracellular compartment is profoundly altered as a result of vitamin A deficiency. As cell behavior, differentiation and apoptosis, and tissue mechanics are influenced by the extracellular matrix, its modifications potentially compromise organ function and may lead to disease. This review focuses on the effects of lack of vitamin A in the extracellular matrix of several organs and discusses possible molecular mechanisms and pathologic implications. View Full-Text
Keywords: vitamin A deficiency; retinoic acid; extracellular matrix; basement membrane; collagen; kidney; lung; liver vitamin A deficiency; retinoic acid; extracellular matrix; basement membrane; collagen; kidney; lung; liver
►▼ Show Figures 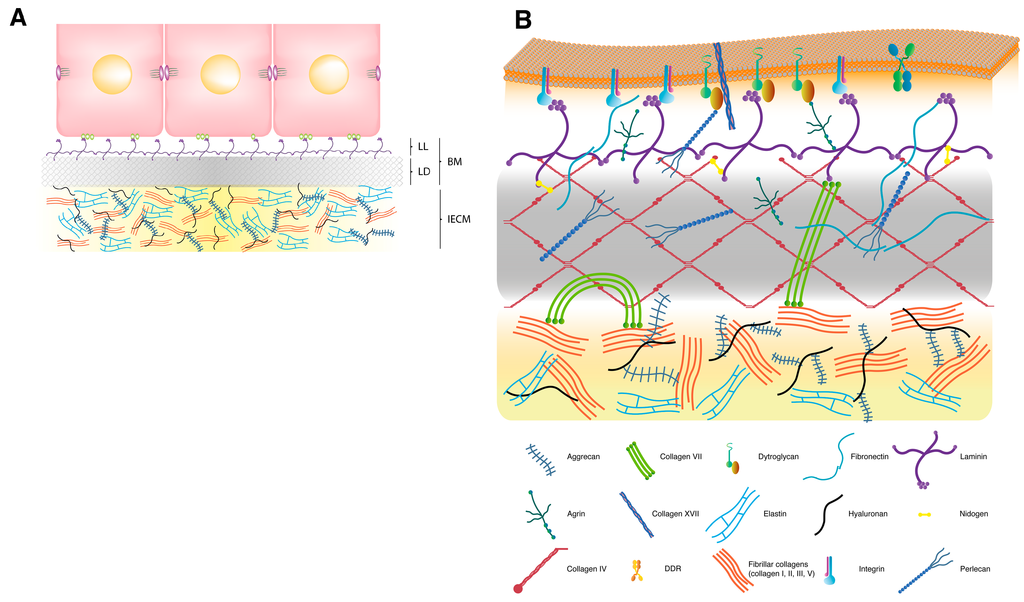