The Anti-Proliferative Effects of Enterolactone in Prostate Cancer Cells: Evidence for the Role of DNA Licencing Genes, mi-R106b Cluster Expression, and PTEN Dosage 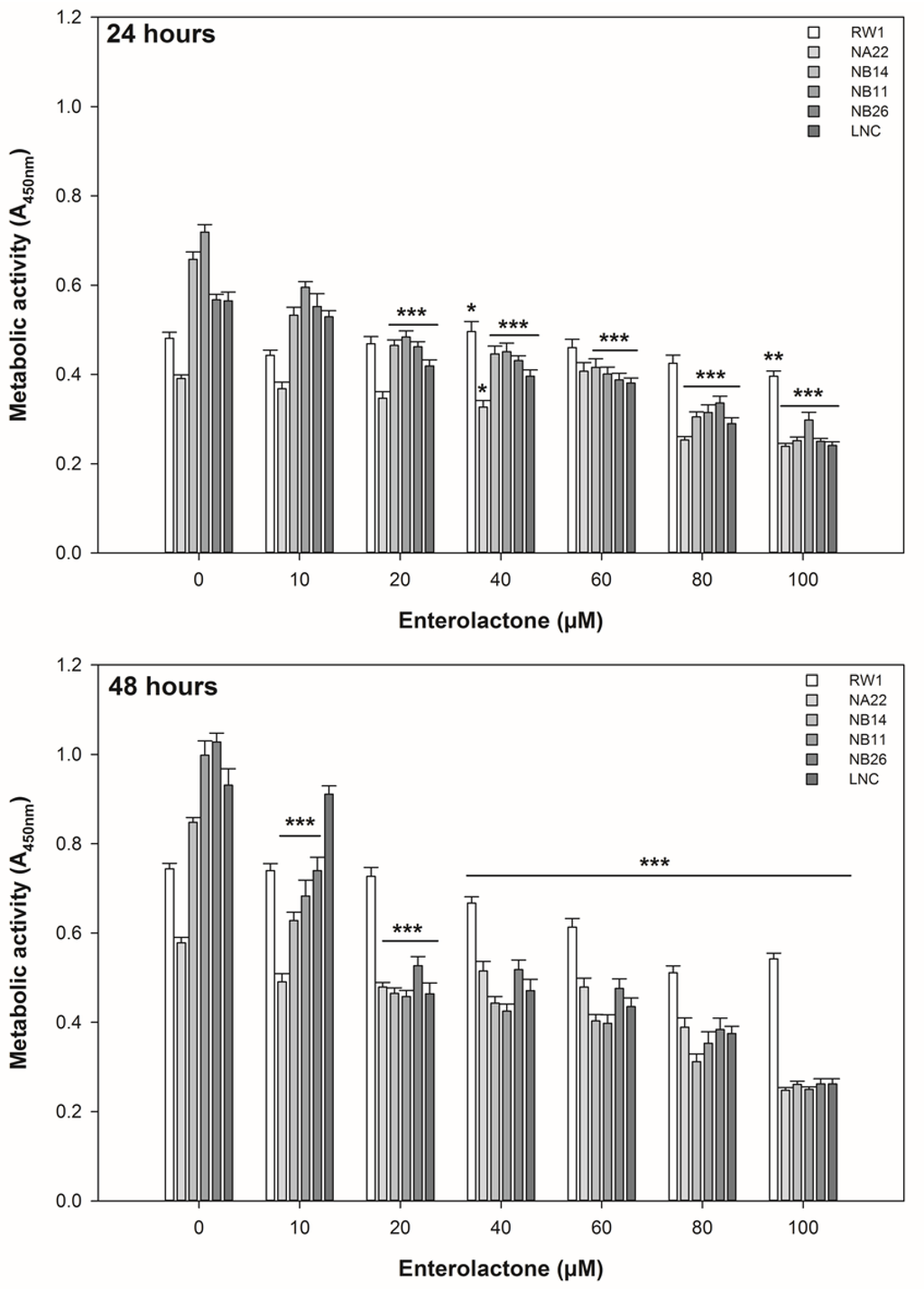