Selenium Supranutrition: Are the Potential Benefits of Chemoprevention Outweighed by the Promotion of Diabetes and Insulin Resistance?
Previous Article in Journal / Special Issue

Is Selenium a Potential Treatment for Cancer Metastasis?

Selenium (Se) is an essential micronutrient that functions as a redox gatekeeper through its incorporation into proteins to alleviate oxidative stress in cells. Although the epidemiological data are somewhat controversial, the results of many studies suggest that inorganic and organic forms of Se negatively affect cancer progression, and that several selenoproteins, such as GPXs, also play important roles in tumor development. Recently, a few scientists have examined the relationship between Se and metastasis, a late event in cancer progression, and have evaluated the potential of Se as an anti-angiogenesis or anti-metastasis agent. In this review, we present the current knowledge about Se compounds and selenoproteins, and their effects on the development of metastasis, with an emphasis on cell migration, invasion, and angiogenesis. In the cancers of breast, prostate, colorectal, fibrosarcoma, melanoma, liver, lung, oral squamous cell carcinoma, and brain glioma, there is either clinical evidence linking selenoproteins, such as thioredoxin reductase-1 to lymph node metastasis; in vitro studies indicating that Se compounds and selenoproteins inhibited cell motility, migration, and invasion, and reduced angiogenic factors in some of these cancer cells; or animal studies showing that Se supplementation resulted in reduced microvessel density and metastasis. Together, these data support the notion that Se may be an anti-metastastatic element in addition to being a cancer preventative agent. View Full-Text
Keywords: selenium; selenoproteins; metastasis; migration; invasion; angiogenesis selenium; selenoproteins; metastasis; migration; invasion; angiogenesis
►▼ Show Figures 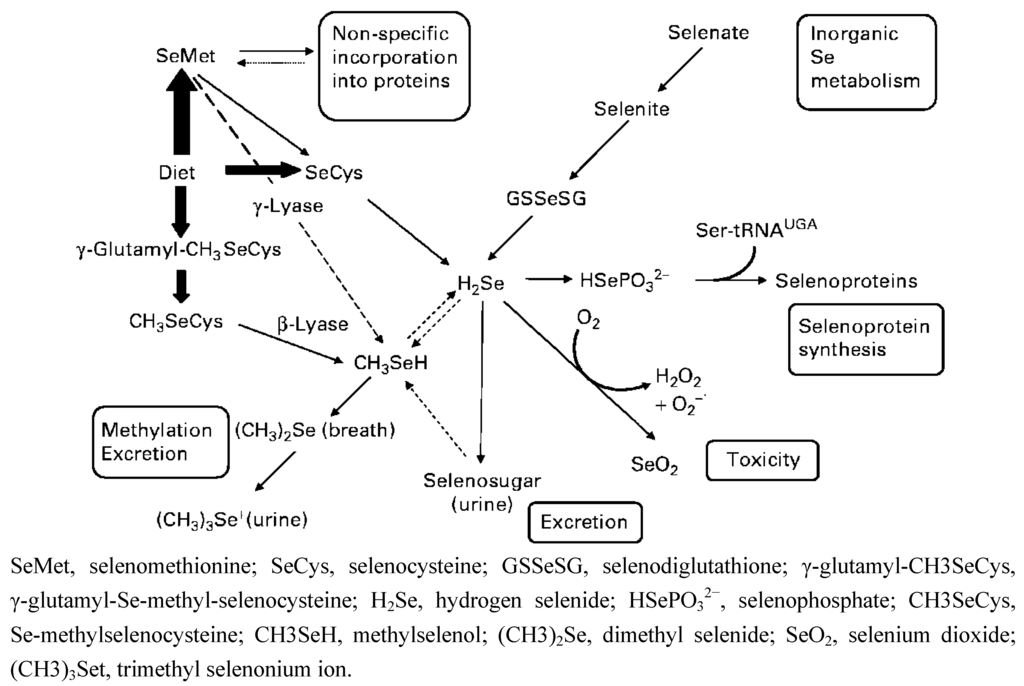