Investigation of the Oral Retention of Tea Catechins in Humans: An Exploratory Interventional Study
Next Article in Special Issue

The Effects of Ionizing Radiation on Gut Microbiota, a Systematic Review 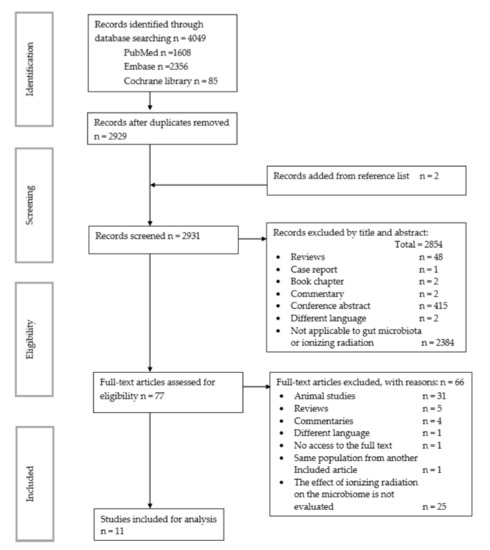