Comparison of the GLIM, ESPEN and ICD-10 Criteria to Diagnose Malnutrition and Predict 30-Day Outcomes: An Observational Study in an Oncology Population
Next Article in Special Issue

The Associations of Dietary Iron Intake and the Transferrin Receptor (TFRC) rs9846149 Polymorphism with the Risk of Gastric Cancer: A Case–Control Study Conducted in Korea
Previous Article in Special Issue

Athletes were invited to complete an anonymous electronic questionnaire that was e-mailed to team leads at national sports organizations and shared on social media platforms between June 2020–April 2021. Athletes ≥18 years of age, from any country, who were training for and competing at any level of sport, were eligible. This study was approved by the University of Guelph Research Ethics Board (REB# 19-10-007).

Normality of data was assessed using the skewness and kurtosis of the distribution. One-way ANOVA was used to compare baseline participant characteristics, stress fracture history, Eating Disorder Examination Questionnaire results, and Exercise Dependence Scale results between athletes with secondary exercise dependence, disordered eating, primary exercise dependence and control athletes, with Tukey’s post-hoc analysis, as required. For non-normally distributed variables, a Kruskal–Wallis test was used with a Bonferroni adjusted post-hoc analysis. Body mass index, weekly strength exercise, and weekly mobility exercise were analyzed using non-parametric statistics as well as years competing and global Eating Disorder Examination Questionnaire score in males. Multinomial regression was used to yield exponentiating regression coefficients when assessing risk of being classified as at risk of LEA, menstrual dysfunction, history of >1 bone stress fracture as well as risk of being classified as disordered eating, exercise dependence and/or at risk of LEA with competitive status. When survey questions were ordinal in nature (missed training days due to injuries, gastrointestinal symptoms, and erectile dysfunction), an ordinal regression was used to yield an exponentiating regression coefficient. For both multinomial and ordinal regression, when assessing disordered eating and exercise dependence status, the control athletes served as the reference group and for differences across athlete calibre, recreational athletes were used as the reference group. Analyses were completed using Statistical Package for the Social Sciences (SPSS, V.27, IBM, Chicago, IL, USA), with an a priori alpha of <0.05 for significance.

Compared to control athletes, females with secondary exercise dependence or disordered eating were more likely to be classified as at risk of LEA (Figure 1).

The study was conducted according to the guidelines of the Declaration of Helsinki, and approved by the Institutional Review Board of the University of Guelph Research Ethics Board (REB# 19-10-007).

Thank you to the athletes for their participation in this study, and to all that helped distribute the survey. 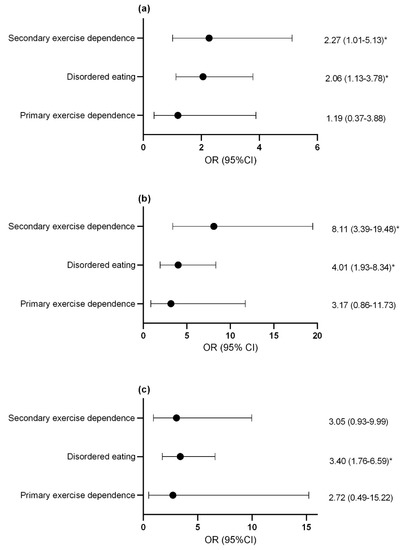 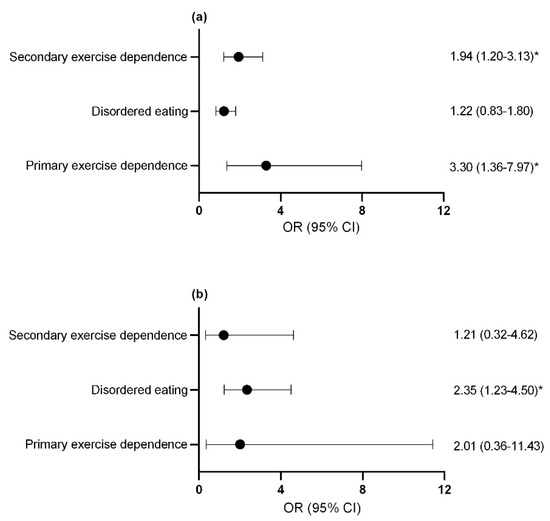 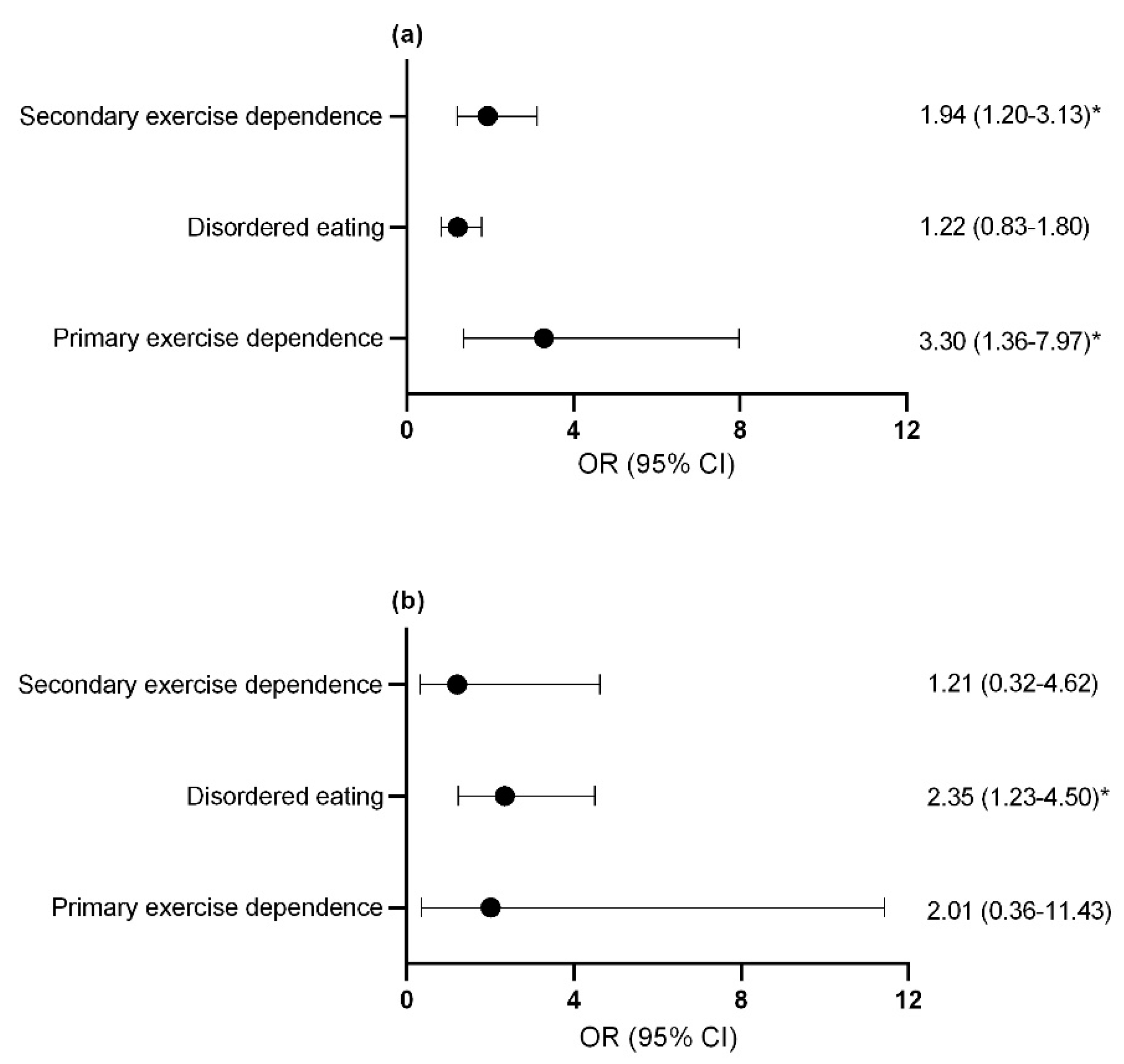