What Are the Risk Factors for Malnutrition in Older-Aged Institutionalized Adults?
Previous Article in Journal

Longitudinal Observation of Muscle Mass over 10 Years According to Serum Calcium Levels and Calcium Intake among Korean Adults Aged 50 and Older: The Korean Genome and Epidemiology Study 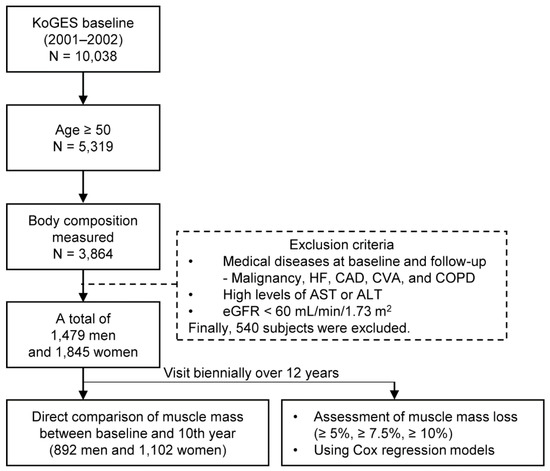