A Call to Action: Now Is the Time to Screen Elderly and Treat Osteosarcopenia, a Position Paper of the Italian College of Academic Nutritionists MED/49 (ICAN-49)

Dietary Interventions in the Management of Fibromyalgia: A Systematic Review and Best-Evidence Synthesis

Fibromyalgia syndrome (FMS) is characterised by chronic widespread pain alongside fatigue, poor sleep quality and numerous comorbidities. It is estimated to have a worldwide prevalence of 1.78%, with a predominance in females. Treatment interventions for fibromyalgia have limited success, leading to many patients seeking alternative forms of treatment, including modifications to their diet and lifestyle. The effectiveness of dietary changes in fibromyalgia has not been widely researched or evaluated. This systematic review identified twenty-two studies, including 18 randomised control trials (RCTs) and four cohort studies which were eligible for inclusion. In total these studies investigated 17 different nutritional interventions. Significant improvements in reported pain were observed for those following a vegan diet, as well as with the low fermentable oligo di-mono-saccharides and polyols (FODMAP) diets. Supplementation with Chlorella green algae, coenzyme Q10, acetyl-l-carnitine or a combination of vitamin C and E significantly improved measures of pain. Interpretation of these studies was limited due to the frequent poor quality of the study design, the wide heterogeneity between studies, the small sample size and a high degree of bias. Therefore, there is insufficient evidence to recommend any one particular nutritional intervention for the management of fibromyalgia and further research is needed.
Keywords: fibromyalgia; diet; nutrition; pain; sleep; rheumatology; musculoskeletal fibromyalgia; diet; nutrition; pain; sleep; rheumatology; musculoskeletal

Fibromyalgia syndrome (FMS) is a condition characterised by chronic widespread pain, alongside fatigue, disturbed sleep and a combination of poor memory and poor concentration [1]. There is also a high prevalence of many co-morbidities [2], including: anxiety, depression [3], temporomandibular joint disorder (TMJ) [4], chronic fatigue syndrome (CFS) [5], migraines [6] and/or headaches [7], and irritable bowel syndrome (IBS) [8]. The exact combination of and severity of symptoms and comorbidities varies substantially between individuals. The aetiology and pathophysiology of FMS remains unclear; however, current literature supports the hypothesis of central sensitisation to be involved whereby pain signals and subsequent sensations are amplified within the pathways of the central nervous system (CNS). This often leads to many of the aforementioned symptoms and comorbidities found in FMS [9]. Regardless, fibromyalgia is a complex and multifaceted condition affecting each individual in a unique manner, with pain at the forefront. The experienced pain not only reduces overall quality of life but also has a significant impact on basic functions such as sleep and cognitive ability. This in turn exacerbates pain severity, leading to a “vicious-circle” of symptomatology and mental health problems, and a key feature of conditions characterised by central sensitisation [10,11].
There is no gold standard diagnostic process for fibromyalgia. Individuals are instead diagnosed with FMS if they meet the classification criteria drawn up by the American College of Rheumatology (ACR), first conceived in 1990 [12] and with three revisions; in 2010 [13], 2011 [14], and 2016 [15]: Prevalence, therefore, depends on which diagnostic criteria was used at the time [16]. Compared to the 1990 ACR criteria, the 2010 and 2016 revisions had a sensitivity of 86% and 89.5% respectively [15]. The most recent estimate of worldwide prevalence of FMS is 1.78%, with a mean prevalence of 3.98% in women and 0.01% in men [17]. FMS thus appears to be more prevalent in women, and, with age, those with low socioeconomic status, low education levels, and, those who live in rural areas [18].
There is also no gold standard treatment for FMS. Treatment regimens can and should vary significantly from person to person depending on their symptoms [19]. Despite this variability, individuals typically receive a combination of pharmacology, physiotherapy and cognitive behavioural therapy (CBT) [20]. Patients rarely experience full remission of symptoms, with only 25% noting any long-term improvements [21]. This may contribute to findings that individuals with FMS, routinely seek complimentary or alternative methods to control their symptoms [22]. Nutritional interventions or dietary changes are commonly used as alternative treatment approaches across many illnesses, including chronic pain conditions such as rheumatoid arthritis [23]. Despite a lack of research relating to the effect of dietary interventions or supplements, individuals with FMS frequently make dietary changes in an attempt to control their symptoms [24].
Dietary interventions may allow individuals with FMS to have an active role in the management of their condition and may fall within the scope of dieticians or nutritionists. Dietary intake as a whole, influences many physiological systems and processes, therefore, clinicians and patients alike should be aware of the dangers of following anecdotal evidence in regards to dietary interventions. Even if such changes positively influence fibromyalgia and its underlying mechanisms, it may negatively influence other physiology. Regardless, the ability for certain elements of nutrition to directly or indirectly affect the pathophysiology or symptoms of FMS, should not be ignored. There exist a number of potential mechanisms by which nutrition could be beneficial including but not limited to: oxidative status or damage; dysfunction of pro-inflammatory or anti-inflammatory modulation; dysfunction of energy production; or, dysfunction of the neuromodulation within the peripheral or central nervous systems. To recommend any nutritional intervention, will require extensive randomised, controlled, human trials. These will lead to informed and evidence-based choices and will therefor protect both the individual’s health and financial status. Currently there is a lack of conclusive data on any nutritional interventions. This paper aims to systematically review the existing literature and to explore dietary changes—including the use of nutritional supplements—as an intervention in the treatment of FMS as a whole and its many symptoms.

This systematic review was carried out in accordance with the Preferred Reporting Items for Systematic Reviews and Meta-Analysis guidelines checklist (PRISMA) [25]. A systematic search (Table 1) was carried out by one author (EL) using the electronic databases; Cinahl, MedLine, Scopus and Amed from 1990 until 20 March 2020. Papers were limited to journal articles and English-language papers. Title and abstracts were screened, removing any obvious papers. The remaining papers were read in full and the following eligibility/inclusion-exclusion criteria were then applied: Studies were excluded if they did not have an appropriate control group/measure. Adults, aged ≥18 years of age, if diagnosed with FMS by ACR criteria were included. Intravenous-nutrient therapies were excluded as such treatments are administered by medical professionals. Weight-loss diets were also excluded.
Papers suitable for inclusion were critically reviewed using the McMaster Critical Review Tool [26] as it allows the inclusion and comparison of multiple study designs, examining the following subsections: Study purpose, literature, design, sample, outcomes, intervention, results, and, conclusions and clinical implications. These subsections ask a total of 16 closed-ended questions, with the possible answers being: “yes”, “no”, “not addressed” or “n/a”. For a more objective comparison of study quality, the authors of this review have implemented the modified scoring system [27,28]. The scoring system allocates a score of “1” to the answer “yes” and a score of “0” to the answers “no”, “not addressed” and “n/a”. The maximum possible score was 16. Study scores were then categorised into the following: ≤8 = poor quality; 9–10 = fair quality; 11–12 = good quality; 13–14 = very good quality; and, 15–16 = excellent quality. Each paper was independently reviewed twice; once by the primary author (EL) then by a second reviewer (DK, PA, or EMcS). Differences were resolved by consensus.

Across the 22 studies there was a total of 80 different outcome measures. These outcome measures can be categorised into the following areas: disease severity, general health, pain, mental health; sleep, fatigue and tiredness; strength, stiffness and exercise tolerance; gastrointestinal symptoms or conditions, cognitive function, and miscellaneous. The three most common outcome measures were, in descending order: VAS-Pain (63.64%), Fibromyalgia Impact Questionnaire (50%) and Tender Point Evaluation (36.36%). The following results have been reported in terms of statistical and clinical significance using p values, and, if published, specific values for the outcome measure being discussed. Otherwise, percentage changes were reported.

General health outcome measures were recorded in nine of the 22 studies. A statistically significant treatment effect was noted in the General Health Questionnaire (GHQ28) in response to three separate doses (120 80 and 40 mg per day) of phytonutrient rich supplements [50]. Only a dosage of 80 mg was significantly different compared to placebo (6.78 ± 7.59 to 1.56 + 2.40 vs. 6.78 ± 7.59 to 6.56 ± 6.71). In a two-arm, crossover study supplementation of coenzyme Q10 versus placebo, the physical health index and mental health index of the SF-36 were significantly improved (p < 0.05), nevertheless this was only observed when coenzyme Q10 was given first, but not when coenzyme Q10 was given after crossover. Of the eight SF-36 subscales, only “physical pain” resulted in significant improvements (p < 0.05) after the consumption of coenzyme Q10 in both arms [41]. Consumption of a vegan diet [45] lead to significant improvements in General Health Questionnaire (GHQ) (p = 0.02) and Health Assessment Questionnaire (HAQ) (p = 0.03) however no specific scores were published. Compared to placebo, supplementation with acetyl-l-carnitine [42] lead to significant between-group improvements of three of the eight SF-36 subscales: bodily pain, mental health and general health perception; and, both the physical and mental health total scores of the SF-36. No specific scores, however, were published, with the authors visually displaying changes through figures. Compared to placebo, supplementation of either 1200 IUs or 2400 IUs of vitamin D [46] resulted in the significant improvement of the physical role functioning subscale of the SF-36 (p = 0.022) but no significant improvements for any of the remaining seven subscales, nor the mental health or physical health totals. No specific SF-36 scores were published. The MCID for the SF-36 mental and physical health indexes (MCS and PCS) in FMS patients is a change of six points, indicating a substantial positive change in both physical and mental health [53].

Three studies recorded the effects on gastrointestinal symptoms. Implementation of a low-FODMAP diet [43], lead to a significant improvement in IBS Severity Score (275.3 to 137.4; p < 0.01). Elimination and subsequent reintroduction of monosodium glutamate [31] versus placebo resulted in significantly improved IBS-Quality-of-life scores (25.5 ± 20.4 vs. 17.5 ± 14.7; p < 0.05) but did not result in a significant improvement of VAS-IBS.

Three of the 22 studies investigated cognitive function. Implementation Low-FODMAP diet [43] resulted in significantly improved scores for VAS-Memory (6.9 to 5.0; p = 0.001). Probiotic supplementation [40] resulted in significant improvements in cognitive function through the Two-Choice Task, indicating a reduction in the number of impulsive choices as measured by repeated measures ANOVA, Group by Time interaction (p = 0.029).

E.L. discloses receiving PhD scholarship funding by the Department for Education (DfE). No additional funding to be declared by E.L. or any other author. 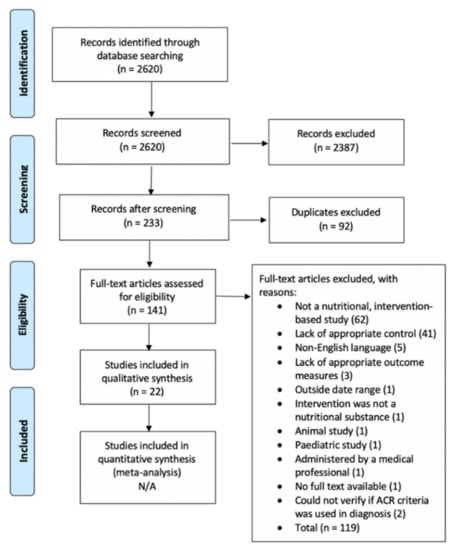 Table 4. Hypothesised physiological mechanisms.
Table 4. Hypothesised physiological mechanisms.
Legend: MSG = Monosodium Glutamate.
© 2020 by the authors. Licensee MDPI, Basel, Switzerland. This article is an open access article distributed under the terms and conditions of the Creative Commons Attribution (CC BY) license (http://creativecommons.org/licenses/by/4.0/).
We use cookies on our website to ensure you get the best experience. Read more about our cookies here.
Accept
We have just recently launched a new version of our website. Help us to further improve by taking part in this short 5 minute survey here. here.
Never show this again