Food contamination is one of the most serious global concerns [1]. Accordingly, any contamination of food matter, even prior to birth, can be a serious hindrance to health and/or the preservation of life. The causal factors of this contamination can be living and non-living agents. These agents, labelled food hazards, exist in foods and cause many health impacts for those who consume them [2]. Typically, the contamination may happen due to living microbes or non-living chemical toxification [1]. In the Gulf countries, the statistics in relation to food contamination are a cause for concern. According to the Gulf Petrochemicals and Chemicals Association, Saudi Arabia was responsible for 67% of the Gulf Cooperation Council (GCC) production of plastic resins, and it was also the largest consumer of polymers, accounting for 61% of the 5 million tons consumed in the GCC, with the United Arab of Emirates being the next-largest consumer at 19% [3]. It is known that people in Saudi Arabia use 20 times more plastic (especially plastic bags) than the global average [4]. According to the Saudi Standards, Metrology and Quality Organization (SASO) in 2017, 16 types of polypropylene and polyethylene products under 250 microns thick had been banned. However, food-manufacturing plastics have been exempted from the ban, with the exception of grocery bags or bags used to handle hot food items [3,4].
Plastic has become an integral part of our everyday lives as it adds ease and comfort to our lives [5]. However, its dark side has revealed it to be the most common persistent organic environmental pollutant on earth. Plastic, thus, has become one of the biggest health threats to humanity as toxic chemicals leach out of plastics and enter our food chain [6]. This has created a big question mark over the safety and quality of food materials ready for consumption. Since the use of plastics is ubiquitous, its use as cutlery and utensils as well as food packaging has become common practice [7]. It has been proven that merely eating and/or drinking using plastic utensils/containers is a severe health risk, and more so when food in plastic containers is heated in microwaves [1,8]. Harkin [9] has called it a ‘vector for contamination’ and suggested that there is a bioaccumulation of plastics inside our bodies. Plastic has been reported to release harmful chemicals into foodstuffs whenever it is used [10,11]. Examples of these contaminants include polyethylene, plasticizers from polyvinyl chloride (PVC), acetaldehyde from polyethylene terephthalate (PET), polychlorinated biphenyls, bisphenols A, S, and F, phthalates (diethyl-phthalate—DEHP) from polymers, acrylonitriles, dioxins, parabens [10], and styrene from polystyrene [5,11]. Of these, phthalates and bisphenols are the two materials most commonly used in the manufacture of food containers and tableware, which is a hazardous practice [12]. All these chemical exposures or additives are known to cause serious diseases among humans. For example, they act as carcinogens and promote metastasis [5]. They also cause heavy metal toxicity [7,13], suppression of the immune system [14], common birth defects [10], fertility-related disorders [9], obesity, allergies, cardio-, hepato- and cumulative nephrotoxicity, and neurodegenerative disorders [5,15]. They are also known to cause developmental problems in children [16]. Additionally, pregnant women are particularly susceptible to the effects of these contaminants, which may eventually affect the fetus [10]. Pregnant women who are exposed to phthalates may be at high risk of preterm birth [17].
This effect could even start before conception, as elucidated by a recent study by Zhang et al. [18]. Bisphenol and phthalates have been suspected to be endocrine disruptors and are known to impact Body Mass Index (BMI), particularly during pregnancy [19]. Since they are able to cross the placenta and reach the cord blood and amniotic fluid, it can therefore be assumed that they may have long-term and short-term outcomes in offspring as well. The long-term complications include type 2 diabetes and cardiovascular disorders, among many others. Unfortunately, most of us are completely unaware of the potential for harm caused by the regular use of plastics [9]. Identifying the problem in plastics can facilitate the production of better-quality plastics, which cause less or no leaching of contaminants and minimal loss of nutrients when used as containers for food items heated in microwaves. However, information on the influence on nutrients of heating foods in plastic containers is extremely limited and it needs to be proven, even though there are many studies that suggest problematic effects of microwavable plastics, microwave heating, packaging methods, and storage temperatures on food [10]. However, studies that measure whether nutrient levels are hampered by exposure to plastic are lacking. Thus, this study aimed to assess the relationship between the use of plastics with hot food and the levels of specific micronutrients and other biochemical parameters among healthy first-trimester pregnant Saudi women.

This cross-sectional study was extracted from a larger prospective study that aimed to detect preventable risk factors that may cause birth defects. The study was conducted between May 2009 and January 2011 among 1034 healthy first-trimester pregnant Saudi women (in the first 13 weeks of gestation as determined from last menstrual period and confirmed by pregnancy test or ultrasound) who visited one of the participating clinics (21 health care centres and 2 hospitals) in Madinah, Saudi Arabia. Mothers with poor pregnancy outcomes (having major or minor congenital malformations, intrauterine fetal deaths or neonatal deaths for un-identified reasons) were excluded from this study, as congenital malformation has been reported to be associated with abnormal levels of some biochemical parameters [20]. Demographic, biochemical, and anthropometric data were collected from all participants. Data regarding the frequency of use of plastics with hot food were also collected. The main question items addressed the use of plastic dishes when heating food and purchases of hot food in plastic bags or plastic containers.

Descriptive data are presented as mean ± standard deviation (SD) for continuous variables, while data for categorical variables are presented as frequency (%). Chi-square testing was used to assess the association between two categorical variables, and the Kruskal–Wallis H test was used to compare the dependent variables across the different groups (based on plastic use). Frequency of the use of plastics was coded as follows: never use (0), use monthly (1), use weekly (2), and use daily (3). Multiple linear regression analysis of plastic use with hot food (independent variable) on biochemical parameters was included in this study adjusting for age. A significance level of <0.05 with two-tailed testing was adopted in this study. Statistical analysis was done using SPSS 20 (SPSS Inc., Chicago, IL, USA).

This research was funded by King Abdulaziz City for Science and Technology (KACST) [Grant Number AT. 28-113].

We would like to thank all of the staff of Taibah University and the Ministry of Health who contributed to the successful implementation of this study. We especially thank all physicians, nurses, technicians, and other assistants for their valuable contributions in carrying out this work. Our thanks are also extended to the mothers included in this study for their acceptance and tolerance throughout the study. 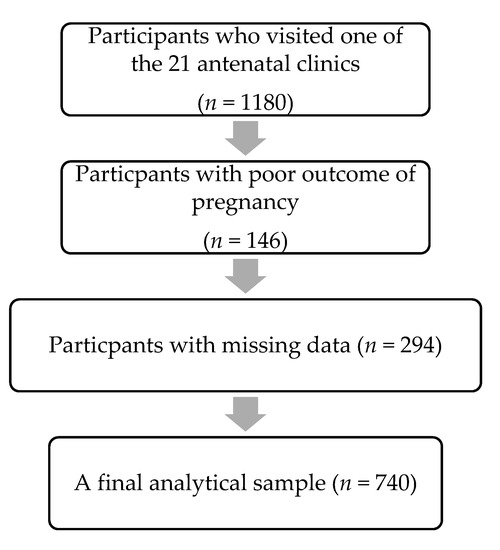