Composition of Gut Microbiota in Children with Autism Spectrum Disorder: A Systematic Review and Meta-Analysis

Background: Autism spectrum disorder (ASD) is a public health problem and has a prevalence of 0.6%–1.7% in children. As well as psychiatric symptoms, dysbiosis and gastrointestinal comorbidities are also frequently reported. The gut–brain microbiota axis suggests that there is a form of communication between microbiota and the brain underlying some neurological disabilities. The aim of this study is to describe and compare the composition of gut microbiota in children with and without ASD. Methods: Electronic databases were searched as far as February 2020. Meta-analyses were performed using RevMan5.3 to estimate the overall relative abundance of gut bacteria belonging to 8 phyla and 17 genera in children with ASD and controls. Results: We included 18 studies assessing a total of 493 ASD children and 404 controls. The microbiota was mainly composed of the phyla Bacteroidetes, Firmicutes, and Actinobacteria, all of which were more abundant in the ASD children than in the controls. Children with ASD showed a significantly higher abundance of the genera Bacteroides, Parabacteroides, Clostridium, Faecalibacterium, and Phascolarctobacterium and a lower percentage of Coprococcus and Bifidobacterium. Discussion: This meta-analysis suggests that there is a dysbiosis in ASD children which may influence the development and severity of ASD symptomatology. Further studies are required in order to obtain stronger evidence of the effectiveness of pre- or probiotics in reducing autistic behaviors. View Full-Text
Keywords: gut microbiota; dysbiosis; autism spectrum disorder; ASD; children; adolescents; systematic review and meta-analysis gut microbiota; dysbiosis; autism spectrum disorder; ASD; children; adolescents; systematic review and meta-analysis
►▼ Show Figures 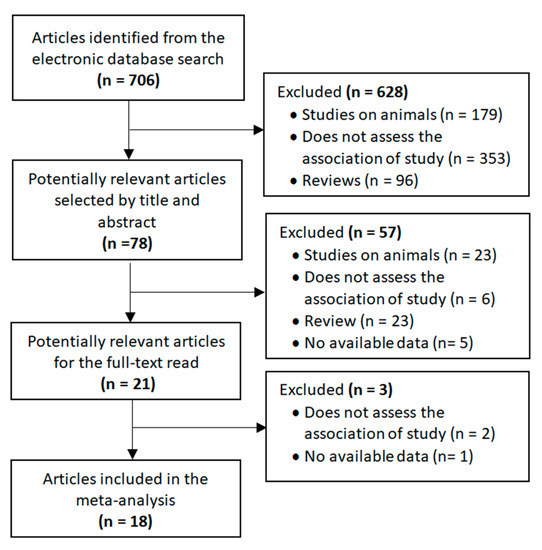