Nonalcoholic fatty liver disease (NAFLD) is considered as the hepatic manifestation of the metabolic syndrome, due its bi-directional relationship with obesity, dyslipidemia, hypertension, and type 2 diabetes mellitus (T2DM) [1]. Prevalence of NAFLD and other metabolic consequences of obesity are increasing as obesity rates continue to increase [2].
Hyperinsulinemia and elevated blood glucose increase the release of free fatty acids (FFAs) and pro-inflammatory cytokines from enlarged adipocytes in the case of excessive energy intake, which negatively impacts surrounding organs, particularly the liver [3,4,5]. In addition to insulin resistance-driven increases in hepatic de novo lipogenesis, FFAs fluxed from adipose tissue may contribute to hepatic triglyceride (TAG) accumulation resulting in simple steatosis, which is the first stage in the development of NAFLD [6,7,8]. Lipotoxicity causes hepatocyte damage and leads to nonalcoholic steatohepatitis (NASH) development, via the promotion of inflammation and collagen deposition [9,10]. Further, disruptions in endocrine function related to increased adiposity and insulin resistance contribute to NASH development and progression in addition to other mechanisms, including oxidative stress [11,12].
Currently, lifestyle modification is the primary treatment for NAFLD [13]. No drug has been clinically approved; however, pharmaceuticals as well as dietary bioactive compounds that reduce inflammation and alter hepatic metabolism are under investigation for treatment of NAFLD [14]. Fish oil, rich in omega-3 (n-3) polyunsaturated fatty acids (PUFAs) such as eicosapentaenoic acid (C20:5n-3, EPA), is anti-inflammatory primarily by reducing production of pro-inflammatory cytokines [15]. Additionally, n-3 PUFAs are also effective at lowering triglycerides (TAGs) by targeting genes controlling lipogenesis [15]. Our lab has previously demonstrated that EPA supplementation (36 g/kg) along with high-fat (HF) diet improved metabolic parameters and significantly decreased hepatic TAG accumulation, when HF-fed mice (6-weeks) were switched to a HF diet enriched with EPA midway through the 12-week study (HF-EPA; 5-weeks). Interestingly, the HF and HF-EPA groups were similar in body weight, suggesting that EPA could improve the adverse effects of a HF diet independent of obesity [16].
Recent studies have suggested that reductions in inflammation and alterations in metabolism may be mediated by n-3 PUFAs targeting microRNAs (miRNA) related to these pathways [17,18,19]. miRNAs are non-coding RNAs that post-transcriptionally regulate gene expression by acting as sequence-specific inhibitors of messenger RNA (mRNA) [20]. Few miRNAs have been identified as key regulators in NAFLD pathogenesis [21,22,23,24]. However, no study has examined the influence of n-3 PUFAs on the expression of these miRNAs related to NAFLD.
Thus, the purpose of this research was to understand obesity-independent mechanisms mediating the effects of EPA in the improvement of hepatic inflammation and lipid accumulation. We hypothesized that EPA directly/indirectly impacts steatosis by altering genes and miRNA related to lipid and carbohydrate metabolism as well as inflammatory processes and tested these effects in liver tissue of mice from the HF and HF-EPA groups as well as in HepG2 human hepatoma cells.

The experimental groups and design used in this study have been previously described [16]. Briefly, male C57BL/6J mice aged 5–6 weeks were fed a HF diet (45% kcal from fat) for 11 weeks or the HF diet for the first 6 weeks and then a HF diet supplemented with 36 g/kg EPA ethyl ester for the remaining 5 weeks (HF-EPA) to examine the effectiveness of EPA in reversal of HF diet-induced obesity. These two groups of mice had comparable body weights and adiposity [16]. Given that the primary focus of this research was to dissect beneficial hepatic mechanisms of EPA related to obesity and inflammation, the low-fat (LF) group [16] was not included in the current study. Male mice were utilized since they are more prone to diet-induced metabolic complications compared to female mice [25]. Detailed diet information is provided in Supplementary Table S1 [16,26]. Mice were housed at 22 °C and food intake and body weight were measured daily. At the end of 11 weeks, mice were feed deprived for 4 h then euthanized using the CO2 inhalation method. Livers of these mice were collected as previously described [16] and were used for subsequent analyses. The Institutional Animal Care and Use Committee of the University of Tennessee, Knoxville, TN, where these studies were conducted, approved all the procedures (IACUC # 678).

Glycolytic rate for basal conditions and compensatory glycolysis following mitochondrial inhibition were measured utilizing the Seahorse XFe24 Flux Analyzer (Glycolytic Rate Assay Kit, Seahorse Bioscience, Agilent Technologies, MA, USA). HepG2 cells were seeded at a density of 40,000 cells per well onto 24-well XF cell culture microplates (Seahorse Bioscience) that had been coated with 50 μg/mL collagen diluted in 0.02 M acetic acid. The cells were allowed to grow to confluence and then were pretreated with either 50 µM EPA (Nu-chek Prep, Inc., Elysian, MN, USA) that had been conjugated with 1% bovine serum albumin (BSA, Sigma-Aldrich, St. Louis, MO, USA) or with 1% BSA alone and the 1% Penicillin–Streptomycin–Neomycin Antibiotic Mixture (Thermo Fisher, Pittsburgh, PA, USA) for 24 h. Assays were run according to instructions provided by the manufacturer.

Results are presented as means ± standard error of the mean (SEM). Data were analyzed by performing t-tests when comparing two groups. Differences are considered significant at p < 0.05. Three to five replicates were used from the HF and HF-EPA groups. Cell culture experiments were repeated at least three times with triplicates within each experiment.

As previously reported, the HF and HF-EPA groups were similar in body weight at the conclusion of the 11-week study. Mouse characteristics are presented in Supplementary Table S2. There were no significant differences in food intake between the two groups [16]. Fatty acid analysis of liver tissue from the HF and HF-EPA groups revealed enrichment with dietary EPA (Table 1). Liver tissue EPA enrichment paralleled previously reported red blood cell enrichment, while other fatty acids were not significantly different between the two groups [16].

As EPA reduced hepatic TAG accumulation, we next wanted to determine the effects of EPA on hepatic lipid metabolism. To determine whether EPA beneficially regulates hepatic lipid metabolism, we used livers from mice fed a HF diet with or without EPA (HF-EPA). Gene expression levels of known contributors to TAG synthesis, including sterol regulatory element-binding protein-1c (Srebp-1c), fatty acid synthase (Fasn), acetyl-CoA carboxylase (Acaca), diacylglycerol O-acyltransferase 2 (Dgat2), and mechanistic target of rapamycin (Mtor) were significantly reduced in the HF-EPA group (Figure 2a). Additionally, we demonstrated that FASN protein content was significantly decreased in (HF-EPA) group compared to HF-fed mice. (Figure 2b,c). Furthermore, western blotting demonstrated significant increases in AMP-activated protein kinase (AMPK) protein content (Figure 2b,d), which negatively regulates Srebp-1c, a known up-regulator of TAG synthesis [32]. Phosphorylated-AMPK was normalized to total-AMPK.
Since markers of lipogenesis were decreased, we then examined markers of fatty acid beta-oxidation (β-oxidation) to determine if EPA was causing a beneficial shift in hepatic lipid metabolism towards catabolism. Gene expression levels of fatty acid β-oxidation, including peroxisome proliferator-activated receptor-alpha (Pparα) and carnitine palmitoyltransferase (Cpt)1a and 2 were significantly increased with EPA (Figure 3).
To validate in vivo findings, we used HepG2 cells treated with 25 ng/mL TNF-α (to mimic HF diet-induced inflammation) and 50 μM EPA. Gene expression levels of FASN, ACACA, and DGAT2 were significantly reduced when EPA was added to TNF-α (Figure 4a) compared to TNF-α treatment alone. However, CPT2 was the only fatty acid β-oxidation mRNA tested that was significantly upregulated by EPA (Figure 4b).

Since elevated glucose and increased glycolysis can contribute to the production of acetyl-CoA, a key component in de novo lipogenesis [33], we next examined markers associated with hepatic carbohydrate metabolism. To determine whether EPA regulates carbohydrate metabolism in the liver, we used livers from the HF and HF-EPA mice. Gene expression levels for pyruvate dehydrogenase kinase 4 (Pdk4), MLX-interacting protein-like (Mlxipl), glucose-6-phosphatase catalytic subunit (G6pc), and pyruvate kinase L/R (Pklr), were significantly reduced with EPA (Figure 5a).
To validate in vivo findings, we used HepG2 cells treated with TNF-α and EPA. Gene expression levels of MLXIPL and G6PC were significantly reduced when EPA was added to TNF-α (Figure 5b).
Utilizing the Seahorse XF Glycolytic Rate Assay kit, we assessed glycolysis in HepG2 cells treated with 50μM EPA versus BSA. We found significantly reduced compensatory glycolysis (Figure 6), which is measured when oxidative phosphorylation is inhibited, indicating reduced glycolytic capacity in HepG2 cells treated with EPA.

Mice fed the HF and HF-EPA diets were similar in body weight; thus, we next assessed markers of obesity-associated inflammation in the liver [3,16]. To determine whether EPA reduced inflammation directly in the liver, we used liver from mice fed a HF diet with or without EPA (HF-EPA). Gene expression analyses showed increased interleukin-10 (Il-10) expression, which is anti-inflammatory, in the HF-EPA group. Furthermore, gene expression analysis showed significantly decreased mRNA expression of monocyte chemoattractant protein 1 (Mcp-1), toll-like receptor 4 (Tlr4), TNF-α and mitogen activated protein kinase 8 (Mapk8) in the HF-EPA group (Figure 7a).
To validate in vivo findings, we used HepG2 cells treated with TNF-α and EPA. Gene expression levels of NF-κB and TLR-4 were decreased with the addition of EPA (Figure 7b). Decreases in MCP-1 were not significant and expression of MAPK8 was too low for analysis.

MiRNA regulate various genes related to metabolism and inflammation [34], with few studies indicating n-3 PUFA to target miRNAs [35,36]. Therefore, we sought to determine differences in miRNA regulation by EPA in the livers of mice fed a HF diet. Global miRNA profiling in liver tissues of mice fed with or without EPA revealed about 30 miRNAs that were significantly different between the HF and HF-EPA samples (data not shown). Targets were selected based on >1.5-fold expression, statistical significance of p ≤ 0.05, and false discovery rate (FDR) ≤5%. miR-19b-3p, -21a-5p, and -101b-3p were identified for validation as they were documented to have a role in NAFLD [37,38,39]. Furthermore, miR-let7a-5p was chosen for validation for its known role in inflammation [40,41] and miR-455-5p was chosen for its novelty related to liver function.
We found significantly increased expression of miR-let7a-5p in the HF-EPA group and significantly decreased expression of miR-21a-5p, miR-101b-3p and miR-455-5p (Figure 8) compared to HF. However, we were unable to validate significant decreases in miR-19b-3p.
To further validate the liver specific function of these miRNAs, we used HepG2 cells treated with TNF-α and EPA in order to mimic in vivo studies. Utilizing RT-qPCR, we found significant decreases in miR-21a-5p, miR-101b-3p and miR-455-5p (Figure 9). miR-let-7a-5p expression was too low for detection.

In conclusion, our findings demonstrate that EPA exhibits protective effects in liver steatosis and inflammation that may be mediated by genes and miRNAs in lipid and carbohydrate metabolism as well as inflammatory pathways (Figure 10).
Given the side effects and limitations of pharmacological therapies, these findings provide the foundation for novel therapeutics related to n-3 PUFAs in improving metabolism and inflammation in the liver. However, future studies are necessary to understand the role of these n-3 PUFA-targeted miRNAs as novel therapies in the liver and other tissues in relation to metabolic diseases.

N.S.K. and N.M.-M. designed the initial animal study; K.A.-S. conducted most of the research with assistance from L.R. as well as S.G., A.J., and S.W. for the in vitro studies; K.A.-S. analyzed the majority of the data with input from N.M.-M., L.R., and N.S.K. K.A.-S. wrote the initial draft, which was modified after feedback from all coauthors; and N.M.-M. has primary responsibility for content. All authors read and approved the final manuscript.

This research was supported by startup funds from Texas Tech University (College of Human Sciences, Office of the Vice President for Research and The Obesity Research Cluster). Initial support for the animal studies was provided by a predoctoral Fellowship from AHA (N.S.K.) and a USDA NIFA NRI award (N.M.M.). NMM is in part supported by the National Institutes of Health National Center for Complementary and Integrative Health (NIH NCCIH) award number 1 R15 AT008879-01A1. KAS is a United States Department of Agriculture (USDA) National Institute of Food and Agriculture (NIFA) Fellow, supported by the Food, Agriculture, Natural Resources, and Human Sciences Education and Literacy Initiative (ELI) Predoctoral Fellowship of the Agriculture and Food Research Initiative (AFRI) under award number 2017-67011-26029. 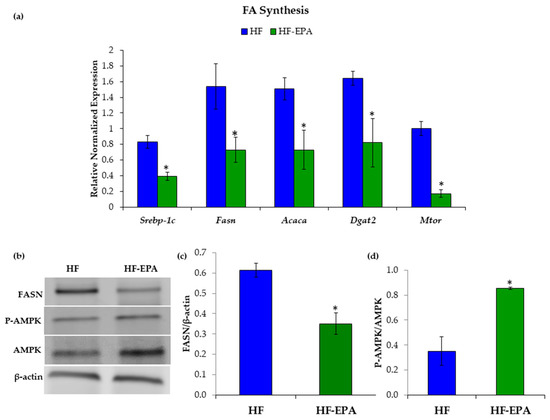 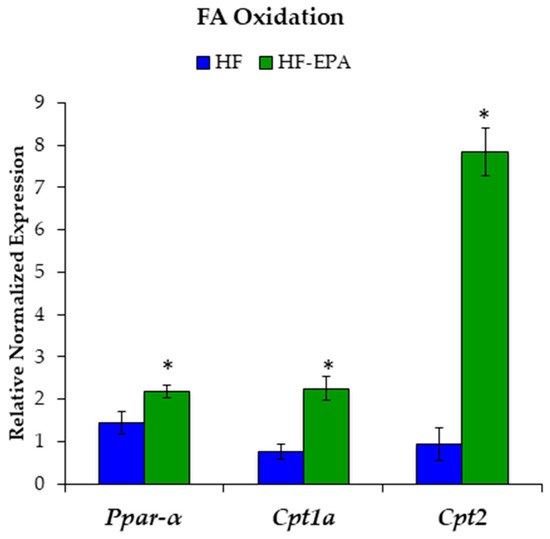 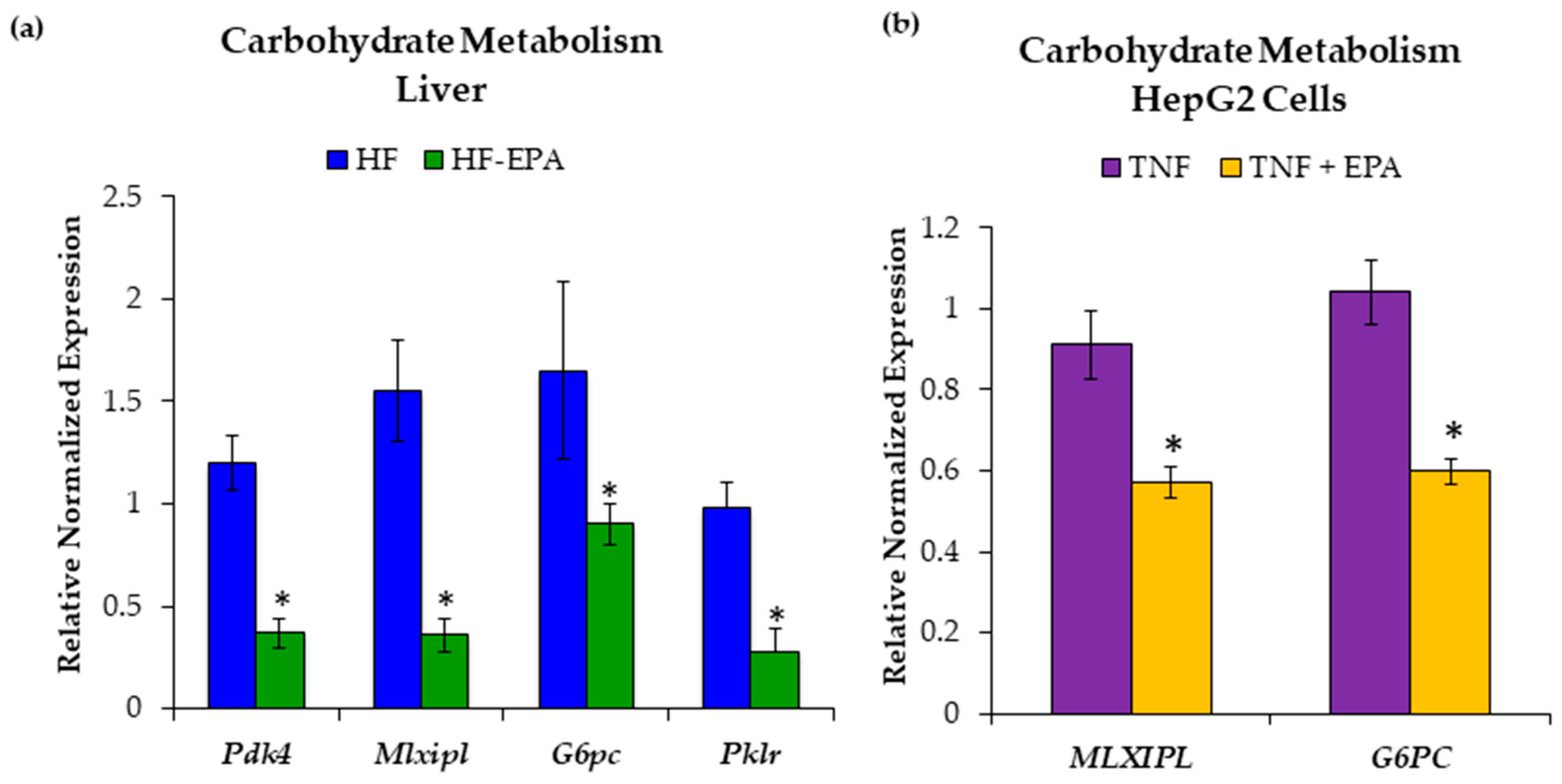 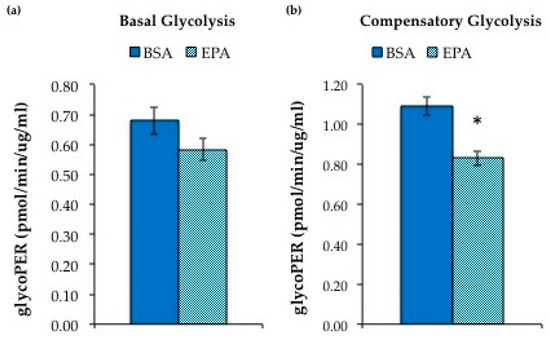 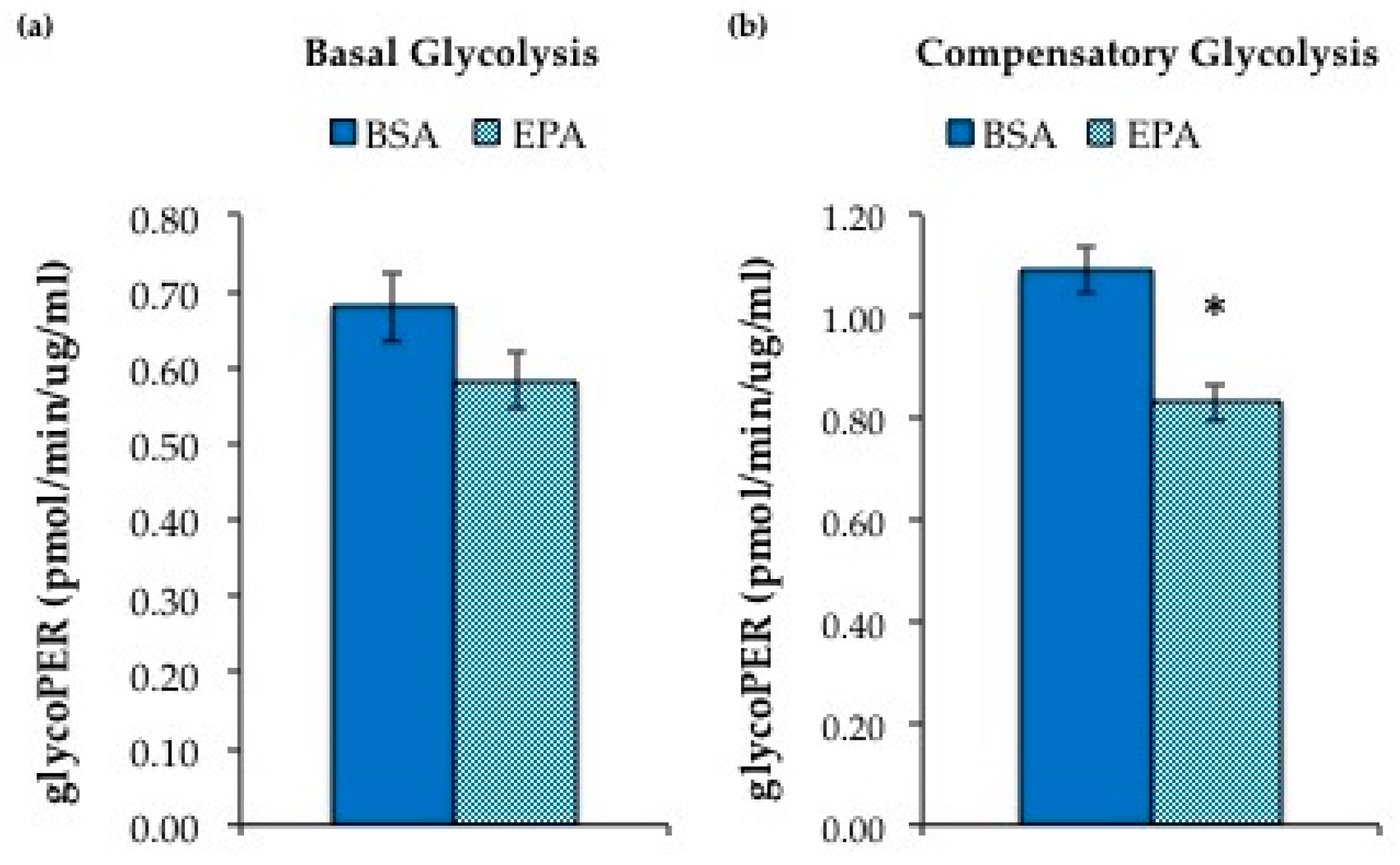 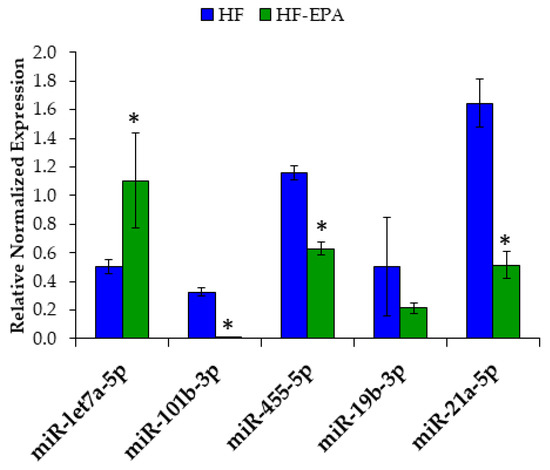 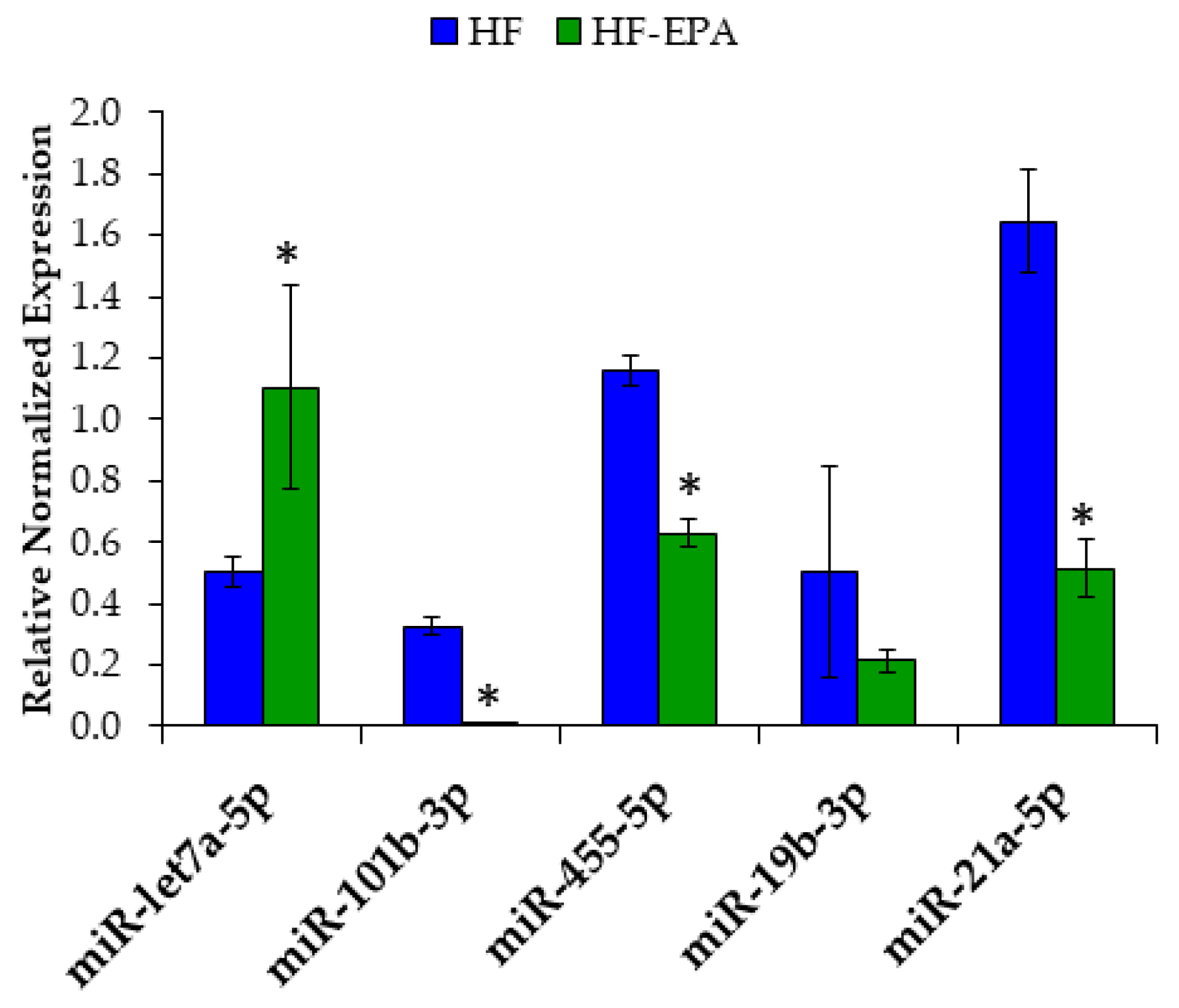 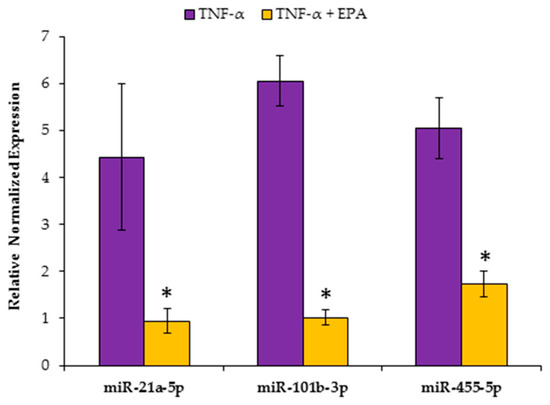 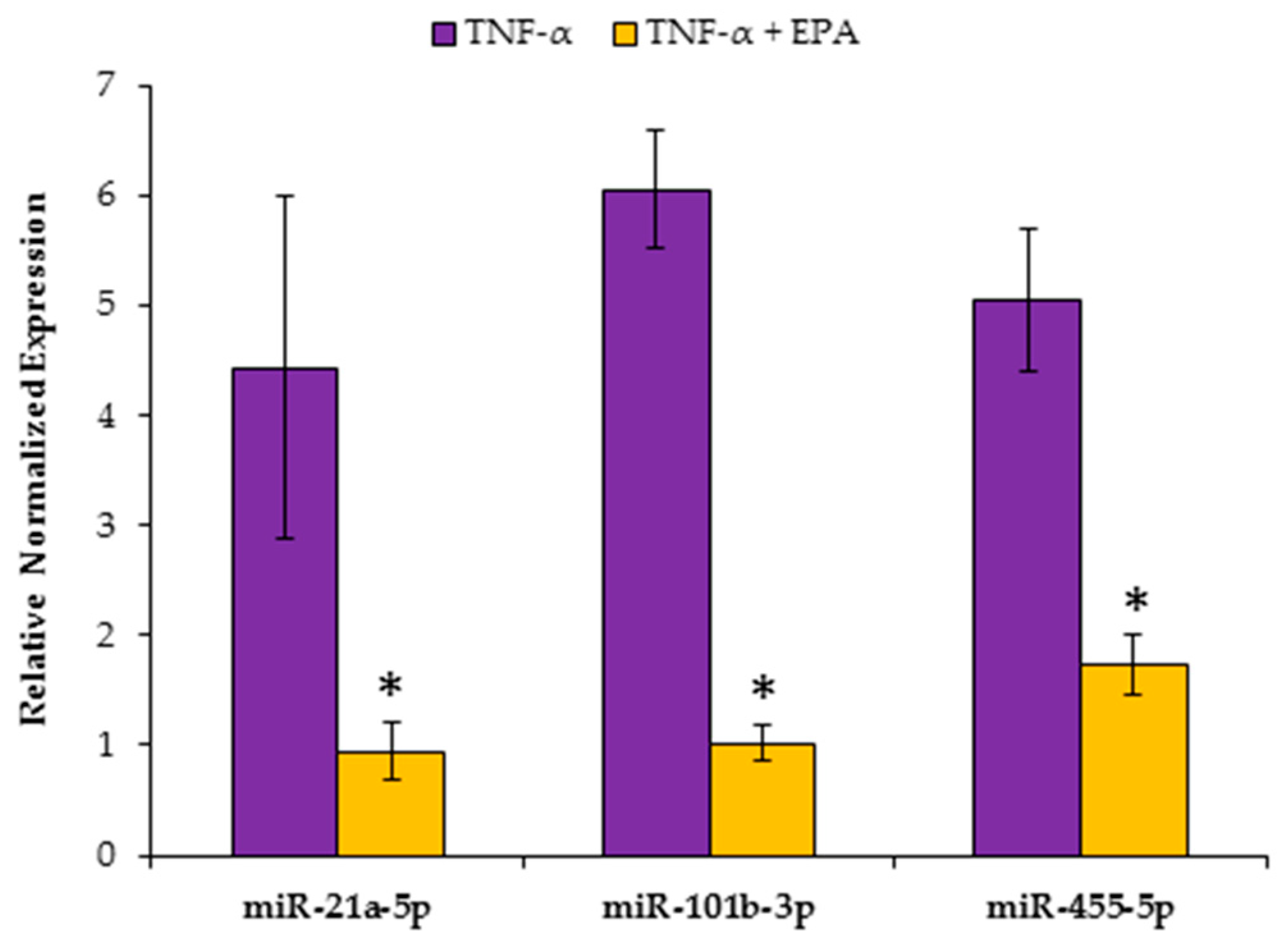 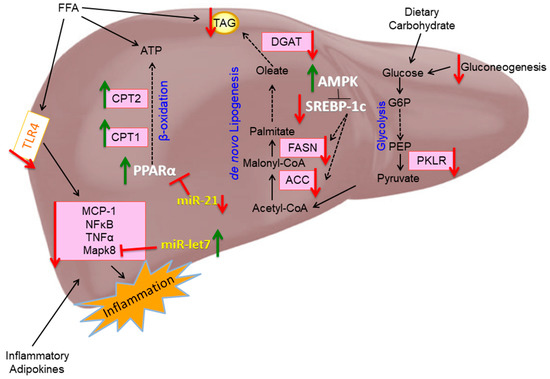 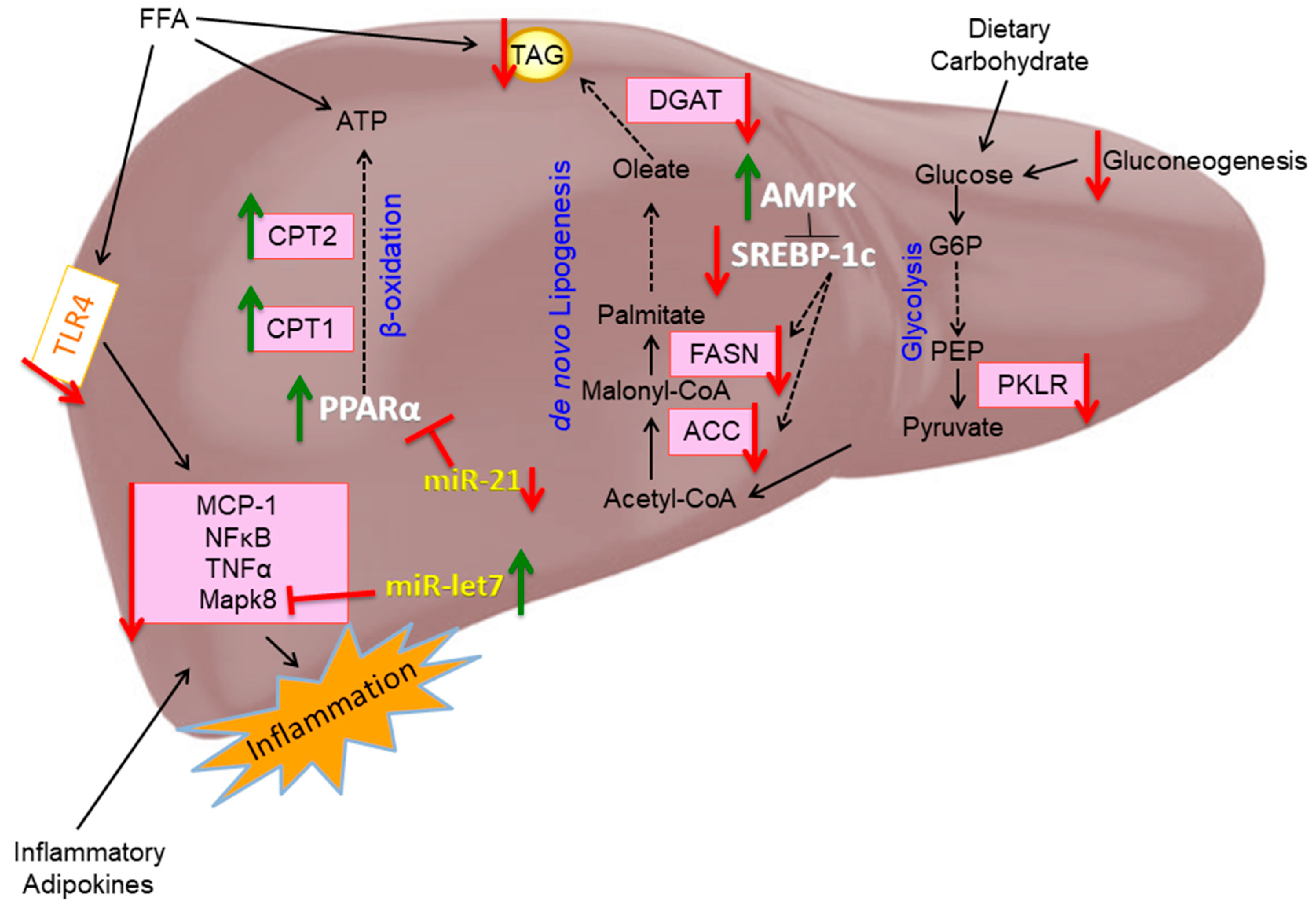