Dietary Intakes of Minerals, Essential and Toxic Trace Elements for Adults from Eragrostis tef L.: A Nutritional Assessment
Next Article in Special Issue

The When, What & How of Measuring Vitamin D Metabolism in Clinical Medicine
Previous Article in Journal

What Is the Evidence for “Food Addiction?” A Systematic Review
Previous Article in Special Issue

Vitamin D has been implicated in antenatal depression (AD) and postpartum depression (PPD) in many studies; however, results have been inconsistent due to the complexity of this association. We searched the MEDLINE, Embase, PsycINFO, and Maternity and Infant Care databases for literature addressing associations between vitamin D and AD and PPD. Two independent authors reviewed titles and abstracts of the search results and selected studies for full review. Data were extracted, and a quality rating was done using the Newcastle–Ottawa Scale (NOS) on the selected studies. A total of 239 studies were identified; 14 were included in the review. The quality assessment of the included studies ranged from moderate to high. Of the studies on PPD, five of nine (55%) showed a significant association between vitamin D and PPD. Five of seven (71%) studies on AD showed a significant association with vitamin D status. As the included studies used different effect estimates and statistical analyses to report the association, it was not possible to transform the existing data into one single effect measure to employ meta-analytic techniques. While results of this systematic review vary, they indicate a significant association between vitamin D status and AD and PD. View Full-Text
Keywords: vitamin D; 25(OH)D; antenatal depression; postnatal depression; depression; pregnancy vitamin D; 25(OH)D; antenatal depression; postnatal depression; depression; pregnancy
►▼ Show Figures 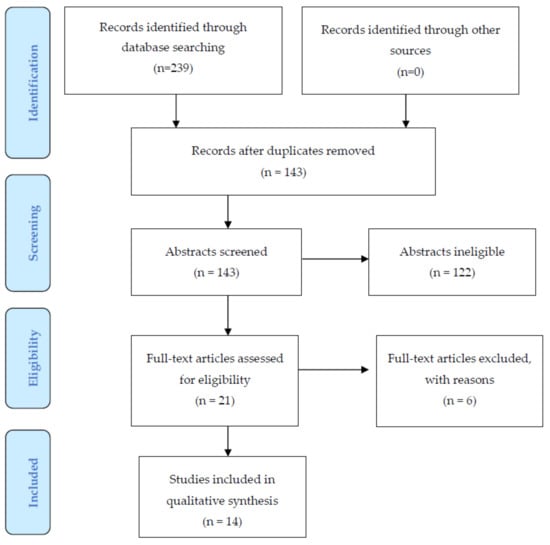