Bandura’s Social Cognitive Theory [43] provided the evaluative framework for the environmental, intentional, and behavioral variables selected. Bandura’s concept of reciprocal determinism—that behaviors are influenced not only by beliefs or intentions but also by the environment or external stimuli informed these theorized connections [43]. External stimuli or the environment included food store environment healthfulness and affordability; intentions included healthful meal intentions; and the influenced behaviors included fruit, vegetable, fat, and sugar-sweetened beverage intake.
Multilevel structural equation analysis was used to determine the relationship first on an individual level, then on a campus level. On the individual level, we tested intentional/behavioral variables: students’ healthful meal intentions/behaviors, fruits/vegetables intake, % kcal from fat, sugar-sweetened beverages, and whole grains; and the direct variable: BMI; with gender as the control variable. Then, environmental variables (availability and quality of fruit and vegetables, and the availability and affordability of healthy foods) were added in for the campus level. This cross-sectional study merged two datasets: (1) Young Adults’ Eating and Active for Health (YEAH) baseline-survey conducted 2009 [44] and (2) Campus Environmental Audits for Food Stores [22] conducted 2008–2011. Data are available on request.

2.2. Young Adults’ Eating and Activity for the Health Sample

Data on 1401 young adults from 13 universities included dietary attitudes and intake, and weight status obtained from the YEAH baseline data [44]. A convenience sample of full-time, 18–24-year-old students were recruited (6277 responded, 3334 eligible (52%), 1639 participated in YEAH (49%); difference in this study were due to missing data). Participants were excluded from YEAH if they were an exercise, nutrition, or health major; had a body mass index (BMI) ≤18.5 kg/m2; or a medical diet-and/or activity-related restriction [44,45]. Data were collected using a web-based survey and in-person physical assessments.

The National Cancer Institute (NCI) Fruit and Vegetable Screener was used to calculate daily intake of fruit and vegetable in cups, and the NCI Fat Screener was used to determine the energy from fat as the percentage of kilocalories per day [47,48] Tested with national samples, both screeners had high correlations (0.5 to 0.8) with multiple 24-h recalls and food frequency results [47,48]. Sugar-sweetened beverage (SSB) intake, in kilocalories per day, was estimated based upon eight consumption frequency and amount questions regarding: non-diet soft drinks, fruit drinks, energy drinks, and specialty-coffee drinks; Cronbach’s alpha = 0.44 [49]. Servings of whole grains consumed on average per day were self-assessed via one question with choices ranging (<1 to ≥6). MyPlate description of whole grains and serving sizes were provided for reference [50].

Students also self-reported demographic data like age, gender, and race/ethnicity. Additionally, they identified their university, school year, and residence (on or off campus).

The dependent variable, body mass index (BMI), was calculated from measured height and weight of each participant as weight in kg divided by height in meters squared. Standard protocols were used, equipment was calibrated prior to use, and data collectors were trained and demonstrated acceptable inter-rater reliability prior to measurement [44].

Teams at each of the 13 institutions comprising the North Central Multistate Research Project (NC1028) defined the convenience food store environment. Each team defined their environment as the campus plus a 1.5-mile radius beyond the campus geographic boundary. This definition was adopted because many students live on or near their college campus within the defined area. Then from local student input, each team selected the convenience food stores that students frequented. Convenience/drug stores (n = 27), and on-campus stores (n = 14) were audited because these venues carry food items and cater to students’ needs. Grocery stores were not included in this analysis primarily because most students (over 75%) lived on campus with limited need for, or access to transportation to, a full grocery store. Institutional Review Board approval was not necessary for these food store audits, because no human subjects were involved. All data collectors were thoroughly trained and met inter-rater reliability standards [22].

Data collectors used a modified version of the Nutrition Environment Measures Survey for Stores NEMS-S [51] to assess the availability and quality of fruit and vegetables, and the availability and affordability of healthy foods. Interclass correlations were greater than 0.80 for all evaluators for this study [22] and NEMS-S had high test-retest reliability and was valid in varied environments [51].
The availability of fruits and vegetables separately was determined as a total count of the fresh, canned or frozen fruit or vegetables for a total possible sub-score for each of (0–24). The fresh fruits included were: bananas, apples, oranges, grapes, cantaloupe, peaches, strawberries, honeydew melon, watermelon and pears; and frozen/canned (no-added sugar) fruits were: peaches, fruit cocktail/mixed fruit, pineapple, strawberries, blueberries and raspberries. The fresh vegetables evaluated included: carrots, tomatoes, sweet peppers, broccoli, lettuce, corn, celery, cucumbers, cabbage, and cauliflower; frozen/canned (no-added sauce or fat) vegetables included: green beans, corn, carrots, peas, broccoli, spinach, and mixed vegetables. The quality of the fresh fruit and vegetables was determined based upon the percentage of the acceptable (e.g., crisp, minimal blemishes) fresh produce as compared to the total fresh produce for possible sub-scores between (0 to 6) [22].
Healthy foods comprised low-fat/lean milk, low-fat/lean or vegetarian-alternative ground beef/hot dogs, high fiber/low sugar cereal, low-fat baked-goods and healthy frozen meals, whole-grain bread and baked chips, and diet/100% juice. The presence of each healthy food category was tallied, with additional points earned for number of healthy alternatives within a food category, for a range of possible sub-scores (0 to 33). For each category, a higher score indicated more healthful and/or acceptable products. For healthy foods affordability, the original NEMS-S evaluated food categories as: (−1 = healthy more expensive than unhealthy alternative; 0 = equally priced; 1 = healthy lower price than unhealthy option). Price data were adjusted from original NEMS-S data to eliminate negative scores and associate higher score with more affordable healthy foods for a total possible range of sub-scores between (0 to 13). Average sub-scores per campus were calculated.

Descriptive statistics and zero order correlations were calculated for all study variables and differences determined by gender. To account for students were nested within 13 universities, Multilevel Structural Equation Modeling with Robust Maximum Likelihood (MLR) Estimation was conducted. Mplus 8.1 (Muthen & Muthen, Los Angeles, CA, USA, 2018) software was used to assess the proposed model [52]. In the first analysis, individual level variables were entered in to the model to assess the direct and indirect associations between healthful meal intentions, energy from fat, SSB Kcal, whole grain intake, total fruit and vegetable intake, and students’ body mass index. Energy from fat, servings of whole grains per day, and daily fruit and vegetable intake in cups were allowed to intercorrelate in the model. Gender was included as a control variable. In the second model, campus level variables (availability and quality of fruit and vegetables, and the availability and affordability of healthy foods) were ground mean centered and entered in to the model.
Missing data less than 5% were addressed using Full information maximum likelihood method (FIML). A probability level of 0.05 was used for statistical significance. The overall goodness of fit for the within-level and multilevel effects were assessed by the Chi-square statistic, degrees of freedom (df), Comparative Fit Index (CFI) [53], Root-Mean-Square Error of Approximation (RMSEA) [54], and Standardized Root Mean Square Residual (SRMR). A Chi-square with p-value less than 0.05 suggested goodness fit, as did CFI greater than 0.95, and RMSEA less than 0.05, and SRMR values less than 0.10 indicated good fit for the model [54].

This study presents associations, not causation, and was based upon self-reported dietary intake data and had a small effect size β < 0.30. This small effect size may be related to the study focus on convenience stores on or around campus. However, because of the importance of convenience stores to college students and the lack of research relating to convenience stores, the study finding of an association is an important contribution to the literature. In addition, unequal cluster sizes and the small number of clusters limit the generalizability of the results. Future research regarding this type of structural equation modeling analysis should be expanded to include other psycho-social factors which have been found to affect health behaviors, such as perceptions of the environment and social support [64,76]. Perception should be included particularly since some researchers have found subjects’ perception of the environment to relate to behavior [13,77,78] while others have only found a weak association [79]. Assessing a mix of community and consumer food environment variables together with dietary and psycho-social variables should provide an improved comprehensive model with better predictive power [5,25,78].

Young adults in college are at a pivotal point to determine their long-term health habits for decreasing their risk for chronic diseases and obesity. Too many interventions focus only on the behaviors students need to change. This study provides insight into the association between the convenience store consumer food environment, healthy eating, and weight for a population of college students. These findings can direct policies and interventions for healthful weight management and health promotion on college campuses. Specifically, making fruits, vegetables, and healthy foods affordable in small convenience stores on and near college campuses may positively affect students weight status. Additionally, environmental supports and policy changes that encourage and make the healthy choice the easier choice (marketing, placement, tastings, healthy snack deals) [59,60,75,76] at convenience stores need to be tested to determine their ability to increase college students’ dietary quality. To compliment environmental interventions and supports, researchers have suggested that healthful meal intentions are subject to change through intervention [44]. With this study, we found they were an important mediator between the environment and the students’ actual dietary behaviors, therefore may be an important target for interventions guiding college students to make healthy dietary choices.

All the authors have made substantial contributions (a) to either conception and design, or acquisition of data, or analysis and interpretation of data, and (b) to drafting the article or revising it critically for important intellectual content, and (c) on final approval of the version to be published and agree to its submission. Specifically, T.H. designed the study, all authors acquired data, and T.H. and E.D.Y. analyzed and interpreted the data. T.H. drafted the article and all authors revised it. All authors provided final approval of the version to be reviewed and agreed to its submission.

We sincerely appreciate the research assistants on each campus who worked to collect the data for this project. 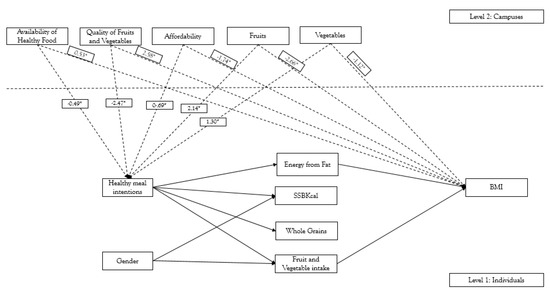 Table 3. Differences by gender for key variables (n = 1401).
Table 3. Differences by gender for key variables (n = 1401).
BMI: Body mass index, calculated from assessed weight and height; Healthful meal intentions: self-instruction to plan for healthful mealtime behavior (i.e., planning, choosing, and assembling healthful meals); Healthful meal behaviors: the self-regulation for consuming healthy snacks, beverages, and meals; % kcal/fat/day = energy from fat intake; SSB kcal: sugar-sweetened beverages intake/day; whole grain servings/day = daily servings consumed of whole grains; fruit and vegetable intake cups/day: daily intake of fruits and vegetables as determined by NCI food frequency.
© 2018 by the authors. Licensee MDPI, Basel, Switzerland. This article is an open access article distributed under the terms and conditions of the Creative Commons Attribution (CC BY) license (http://creativecommons.org/licenses/by/4.0/).
We use cookies on our website to ensure you get the best experience. Read more about our cookies here.
Accept
We have just recently launched a new version of our website. Help us to further improve by taking part in this short 5 minute survey here. here.
Never show this again