Satellite Survey of Inner Seas: Oil Pollution in the Black and Caspian Seas

Natural crude-oil seepages, together with the oil released into seawater as a consequence of oil exploration/production/transportation activities, and operational discharges from tankers (i.e., oil dumped during cleaning actions) represent the main sources of sea oil pollution. Satellite remote sensing can be a useful tool for the management of such types of marine hazards, namely oil spills, mainly owing to the synoptic view and the good trade-off between spatial and temporal resolution, depending on the specific platform/sensor system used. In this paper, an innovative satellite-based technique for oil spill detection, based on the general robust satellite technique (RST) approach, is presented. It exploits the multi-temporal analysis of data acquired in the visible channels of the Moderate Resolution Imaging Spectroradiometer (MODIS) on board the Aqua satellite in order to automatically and quickly detect the presence of oil spills on the sea surface, with an attempt to minimize “false detections” caused by spurious effects associated with, for instance, cloud edges, sun/satellite geometries, sea currents, etc. The oil spill event that occurred in June 2007 off the south coast of Cyprus in the Mediterranean Sea has been considered as a test case. The resulting data, the reliability of which has been evaluated by both carrying out a confutation analysis and comparing them with those provided by the application of another independent MODIS-based method, showcase the potential of RST in identifying the presence of oil with a high level of accuracy. View Full-Text
Keywords: oil spill; MODIS; Robust Satellite Techniques (RST); optical data; Cyprus; FAI oil spill; MODIS; Robust Satellite Techniques (RST); optical data; Cyprus; FAI
►▼ Show Figures 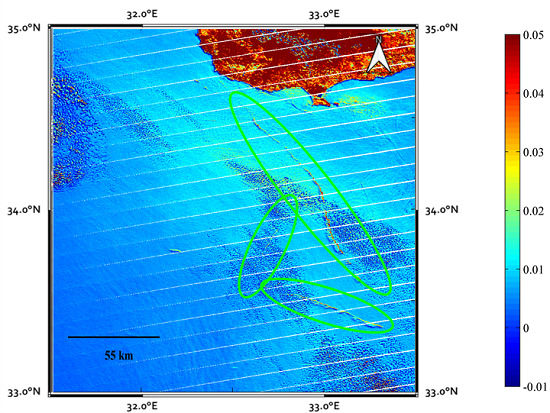