Reducing the Influence of Soil Moisture on the Estimation of Clay from Hyperspectral Data: A Case Study Using Simulated PRISMA Data
Previous Article in Journal

Ground-Level Classification of a Coral Reef Using a Hyperspectral Camera 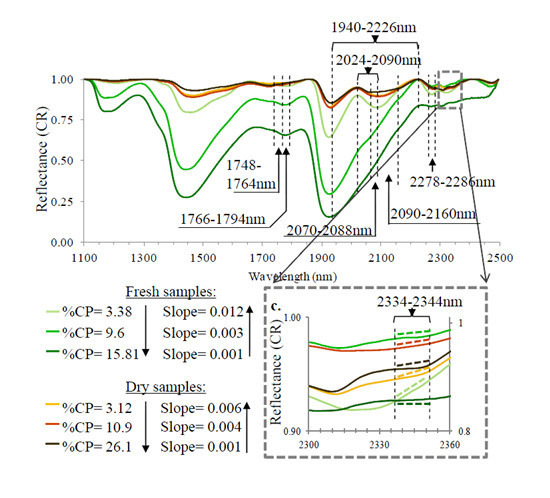