Seven Decades of Coastal Change at Barter Island, Alaska: Exploring the Importance of Waves and Temperature on Erosion of Coastal Permafrost Bluffs
Previous Article in Journal

During recent decades East Africa (EA) and Southern Africa (SA) have experienced an intensification of hydrological hazards, such as floods and droughts, which have dramatically affected the population, making these areas two of the regions of the African continent most vulnerable to these hazards. Thus, precipitation monitoring and the evaluation of its variability have become fundamentally important actions through the analysis of long-term data records. In particular, satellite-based precipitation products are often used because they counterbalance the sparsity of the rain gauge networks which often characterize these areas. The aim of this work is to compare and contrast the capabilities of three daily satellite-based products in EA and SA from 1983 to 2017. The selected products are two daily rainfall datasets based on high-resolution thermal infrared observations, TAMSAT version 3 and CHIRPS, and a relatively new global product, MSWEP version 2.2, which merges satellite-based, rain gauge and re-analysis precipitation data. The datasets have been directly intercompared, avoiding the traditional rain gauge validation. This is done by means of pairwise comparison statistics at 0.25° spatial resolution and daily time scale to assess rain–detection and quantitative estimate capabilities. Monthly climatology and spatial distribution of seasonality are analyzed as well. The time evolution of the statistical indexes has been evaluated in order to analyze the stability of the rain detection and estimation performances. Considerable agreement among the precipitation products emerged from the analysis, in spite of the differences occurring in specific situations over complex terrain, such as mountainous and coastal regions and deserts. Moreover, the temporal evolution of the statistical indices has demonstrated that the agreement between the products improved over time, with more stable capabilities in identifying precipitating days and estimating daily precipitation starting in the second half of the 1990s. View Full-Text
Keywords: Africa; precipitation; long-term data sets; satellite; intercomparison Africa; precipitation; long-term data sets; satellite; intercomparison
►▼ Show Figures 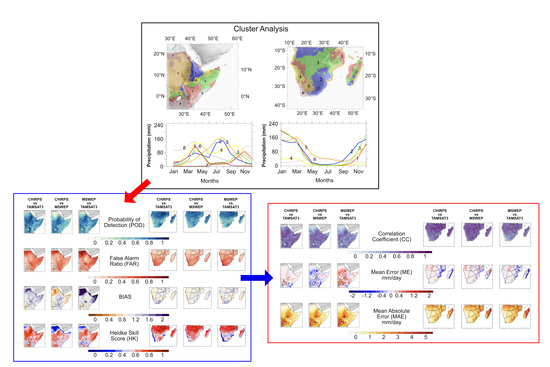 Vincenzo Levizzani
Director of Research of the National Research Council of Italy, Institute of Atmospheric Sciences and Climate in Bologna. Professor of cloud physics at the University of Bologna. Member of committees of ESA, EUMETSAT, WMO, AMS. Fellow of the Royal Meteorological Society. Research interests: structure of precipitating systems, physics of intense storms using radar and satellites, satellite precipitation estimation, severe weather analysis, regional climatology, water cycle in a changing climate.
Zoom | Orient | As Lines | As Sticks | As Cartoon | As Surface | Previous Scene | Next Scene
We use cookies on our website to ensure you get the best experience. Read more about our cookies here.
Accept
We have just recently launched a new version of our website. Help us to further improve by taking part in this short 5 minute survey here. here.
Never show this again