Single photon lidar (SPL) systems have great potential to be an effective tool for mapping due to their high data collection efficiency. However, the large number of false returns in SPL point clouds represents a huge challenge for the extraction of weak signal targets with low reflectivity or small cross sections. Numerous filtering methods have been proposed that attempt to effectively remove these noise points from the final point cloud model. However, weak signal points have similar characteristics to noise returns, and thus can be incorrectly eliminated as noise points during the filtering process. Herein, a novel voxel-spherical adaptive ellipsoid searching (VSAES) method is proposed, by which weak signal returns can be successfully retained while still removing a majority of the noise points. By employing this voxel-spherical (VS) model, our proposed method can simultaneously process a combined SPL dataset containing multiple flightlines, in which the noise density is unevenly distributed throughout the whole dataset. In addition, an improved adaptive ellipsoid searching (AES) method based on hypothesis testing is able to remove noise points more robustly than the originally described version. The experimental results show that the proposed method retains 89.1% of the weak signal point returns from electric power lines, which is a significant improvement over the performance of either to the original AES method (25.9%) or a histogram filtering based method (13.4%). View Full-Text
Keywords: adaptive ellipsoid search; filtering; single photon lidar; spherical voxels adaptive ellipsoid search; filtering; single photon lidar; spherical voxels
►▼ Show Figures 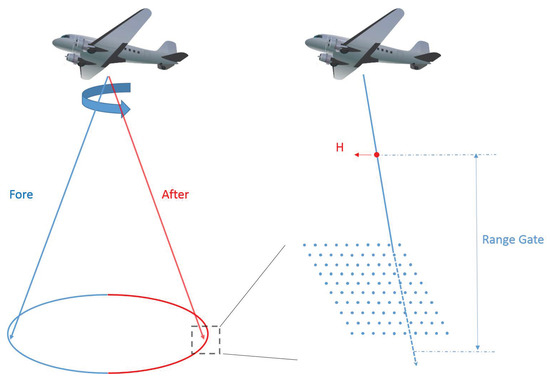