We acknowledge the work of G. H. Griffiths (Institute for Environmental Analytics, University of Reading) in developing the bespoke manual cloud clearing tool for the cloud clearing inter-comparison exercise. We also acknowledge NCEO funding, supporting the preparation of the cloud clearing inter-comparison datasets, and ESA Data User Element (DUE) GlobTemperature funding for conducting this research. For further information and possible access to the datasets used please contact the corresponding author. 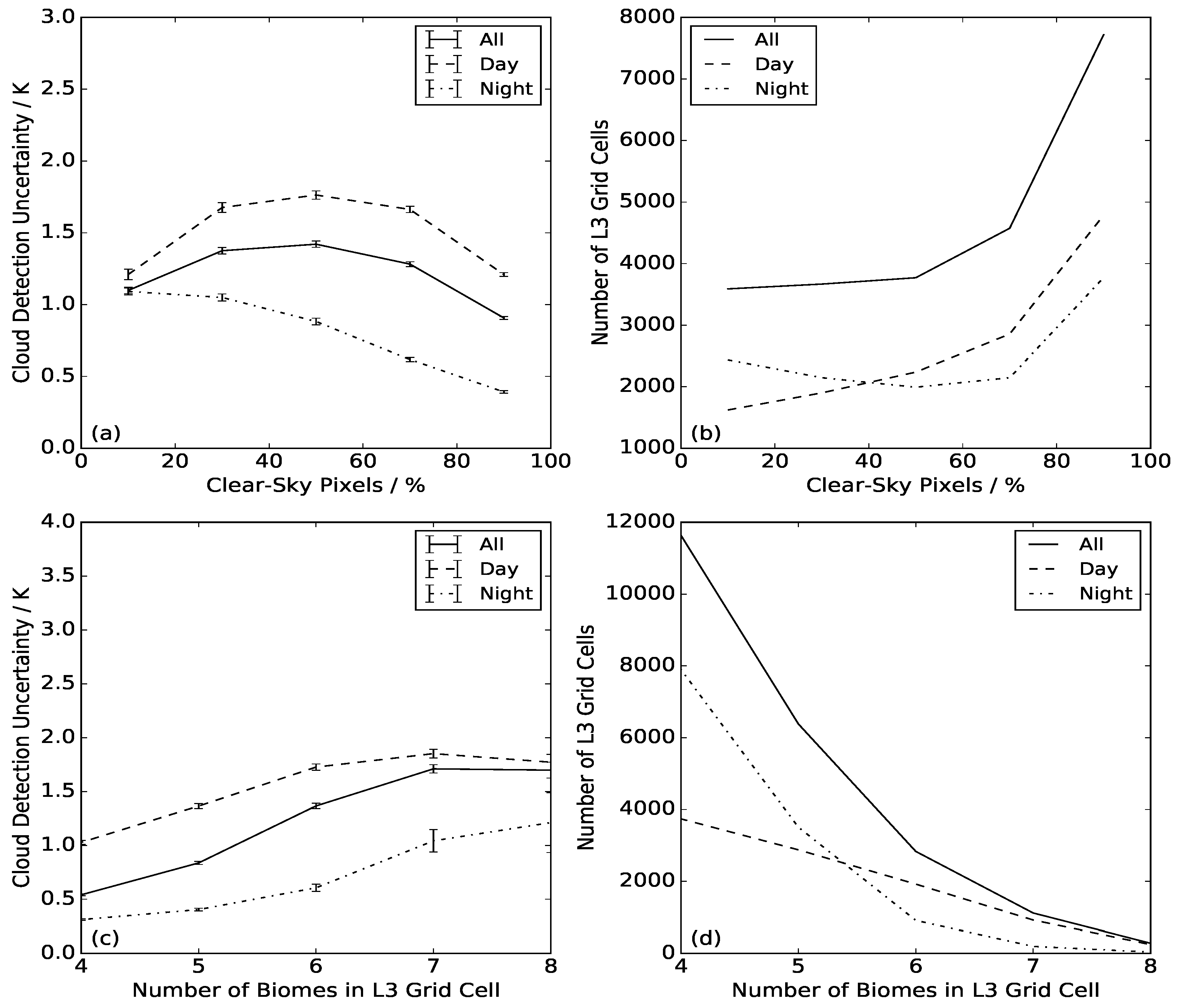