Urban Plan and Water Infrastructures Planning: A Methodology Based on Spatial ANP

Climate Variability and Industrial-Suburban Heat Environment in a Mediterranean Area

The Urban Heat Island (UHI) phenomenon prevalently concerns industrialized countries. It consists of a significant increase in temperatures, especially in industrialized and urbanized areas, in particular, during extreme warm periods like summer. This paper explores the climate variability of temperatures in two stations located in Matera city (Southern Italy), evaluating the increase in temperatures from 1988 to 2015. Moreover, the Corine Land Covers (1990–2000–2006–2012) were used in order to investigate the effect of land use on temperatures. The results obtained confirm the prevalence of UHI phenomena for industrialized areas, highlighting the proposal that the spreading of settlements may further drive these effects on the microclimate. In particular, the presence of industrial structures, even in rural areas, shows a clear increase in summer maximum temperatures. This does not occur in the period before 2000, probably due to the absence of the industrial settlement. On the contrary, from 2000 to 2015, changes are not relevant, but the maximum temperatures have always been higher than in the suburban area (station localized in green zone) during daylight hours. View Full-Text
Keywords: climate change; Urban Heat Island (UHI); heat waves; land use changes; meteorological stations climate change; Urban Heat Island (UHI); heat waves; land use changes; meteorological stations
►▼ Show Figures 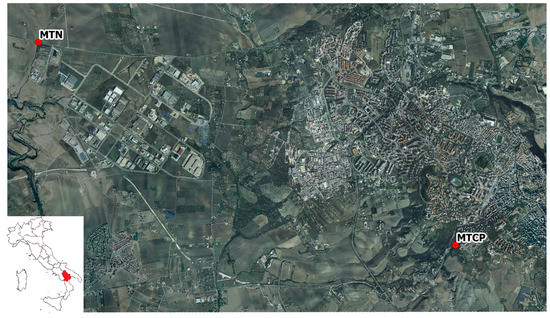