Economic and Social Sustainability through Organic Agriculture: Study of the Restructuring of the Citrus Sector in the “Bajo Andarax” District (Spain)
Previous Article in Journal

Despite the growing demand for organic products, research on organic farming (OF) such as genotype screening, fertilizer application and nutrition uptake remains limited. This study focused on comparisons of the apparent recovery efficiency of nitrogen fertilizer (REN) in rice grown under OF and conventional farming (CF). Thirty-two representative conventional Japonica rice varieties were field grown under five different treatments: control check (CK); organic farming with low, medium and high levels of organic fertilizer (LO, MO and HO, respectively); and CF. Comparisons of REN between OF and CF classified the 32 genotypes into four types: high REN under both OF and CF (type-A); high REN under OF and low REN under CF (type-B); low REN under OF and high REN under CF (type-C); and low REN under both OF and CF (type-D). Though the yield and REN of all the rice varieties were higher with CF than with OF, organic N efficient type-A and B were able to maintain relatively high grain yield under OF. Physiological activities in flag leaves of the four types from booting to maturity were subsequently investigated under OF and CF. Under OF, high values of soil and plant analyzer development (SPAD) and N were observed in type-B varieties, while in contrast, both indexes slowly decreased in type-C varieties under CF. Moreover, the decline in N content in type-C and D varieties was greater under OF than CF. The decrease in glutamine synthetase (GS), glutamic-pyruvic transaminase (GPT) and glutamic oxaloacetic transaminase (GOT) activity in flag leaves was smaller under OF than CF in type-A and B varieties, while in contrast, type-C and D varieties showed an opposite trend. The findings suggest that OF slows the decline in key enzymes of N metabolism in organic N-efficient type rice, thus maintaining a relatively high capacity for N uptake and utilization and increasing yield during the late growth period. Accordingly, we were able to screen for varieties of rice with synergistically high REN and high grain yield under OF. View Full-Text
Keywords: organic farming; recovery efficiency of nitrogen fertilizer; rice; conventional farming; glutamine synthetase activity organic farming; recovery efficiency of nitrogen fertilizer; rice; conventional farming; glutamine synthetase activity
►▼ Show Figures 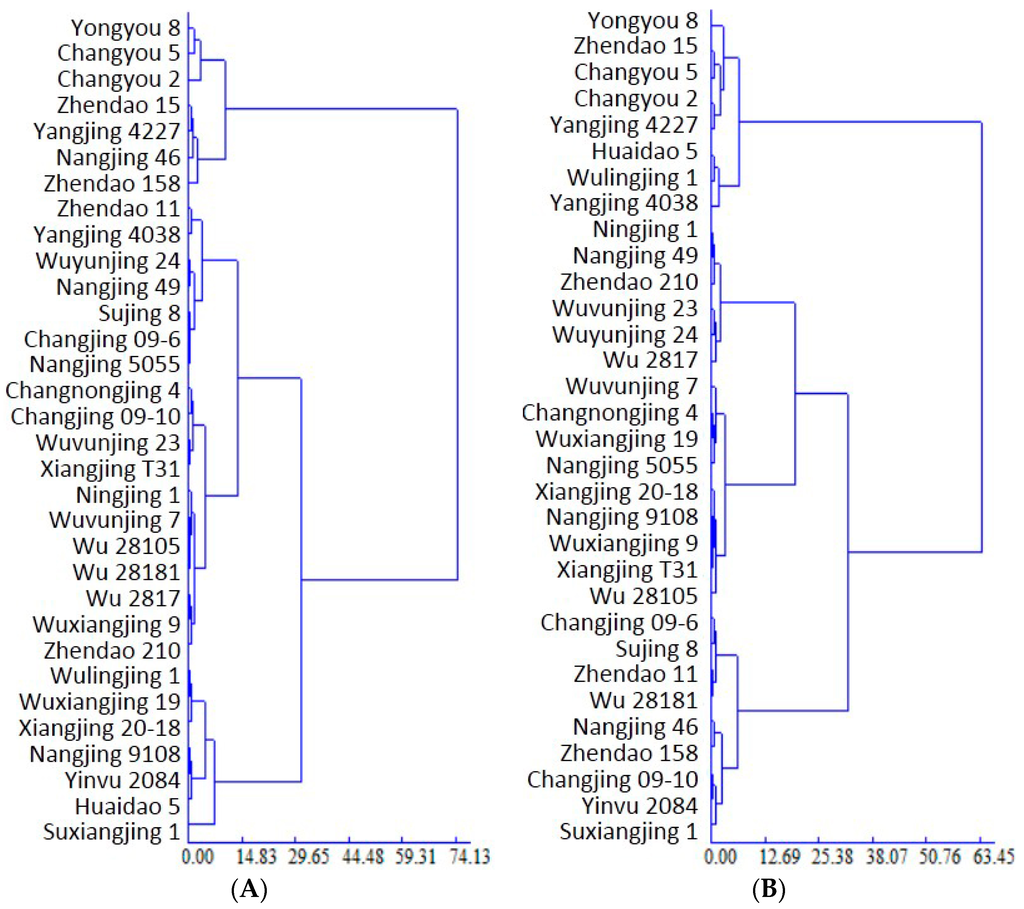