The Wicked Problem of Climate Change: A New Approach Based on Social Mess and Fragmentation

A Three-Dimensional Sustainability Evaluation of Jatropha Plantations in Yucatan, Mexico

This paper presents a unique sustainability analysis of one of the first attempts to establish a biodiesel industry in Mexico. From 2008, several companies established medium to large-sized Jatropha curcas plantations in Yucatan, hiring local peasants to carry out the agricultural work. After five years, the plantations were abandoned due to poor seed yields and a lack of key knowledge for large-scale cultivation. Based on a multidisciplinary approach, we performed a three-dimensional sustainability evaluation of the potential biodiesel production chain, which included household interviews, a socioeconomic survey, and a life-cycle assessment (LCA). We identified both negative and positive effects in the three dimensions analyzed. Socially and culturally, the local peasant families understood sustainability as their ability to preserve their traditional lifestyle, and associated environmental services with their sense of identity. They therefore considered the jatropha plantations to be positive for sustainability, since they brought income, even though some perceived damage to the natural resources of the surrounding areas. Economically, peasants’ annual household income increased by approximately $1080 USD due to the increased salaries paid by the jatropha companies. The LCA predicted large savings of greenhouse gas emissions (>50% compared to fossil diesel), but also potential negative impacts in some categories (human/ecological toxicity and eutrophication potentials) associated with the use of mineral fertilizers, insecticides, and pesticides applied during the cultivation stage. Biodiesel production would be potentially energetically self-sufficient, in addition to producing a 40% energy surplus. Finally, even though the sustainability indicators suggested a positive overall assessment, the reality was that the jatropha projects failed because they were predicated on unrealistically optimistic projections and poor agronomic knowledge of the plant. View Full-Text
Keywords: sustainability perception; propensity score matching; life-cycle assessment; biofuels; biodiesel sustainability perception; propensity score matching; life-cycle assessment; biofuels; biodiesel
►▼ Show Figures 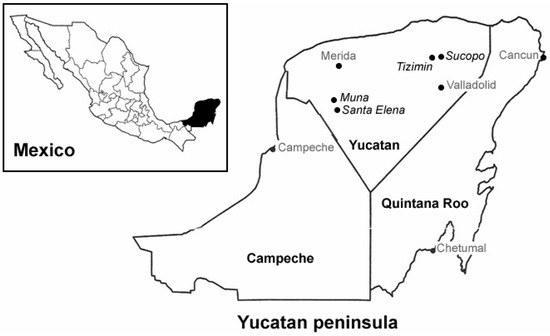