The newspaper article dataset used in this study was obtained from a major newspaper company in the United States, and it comprises about 2 million articles over 26 years from 1987 to 2012. Then, we eliminated duplicate articles using the Levenshtein distance ratio (i.e., r > 0.90) between article pairs published the same day. After duplicate articles were eliminated, we also removed nontext articles, such as articles that consist of only tables and photos, as well as articles not in English. Consequently, we collected text contents with corresponding metadata to construct a full and independent set of articles for the same day.
Meanwhile, to use a consistent article format, any special characters were replaced with those in ASCII (American Standard Code for Information Interchange), and white space and formats were normalized. Then, we transformed article text into text with information using the Stanford Core natural language processing (NLP) tool [46] and extracted relevant information from the sentences. Afterward, nonsentences—such as section titles, tables, and figure captions—were systematically excluded.
Next, firm names were constructed as a joint set of two name sets. The first name set comprises proper nouns collected from article texts, whose named entity (NE) is given as an organization. In the name sets, company-specific suffixes (e.g., Company or Co., Ltd.) are filtered using NE extraction with regular expression (RegEx) [47]. In addition, the second name set is companies’ names in the COMPUSTAT dataset with the standard industrial classification (SIC) code. We regarded an abbreviated or alternative name of a company as the same company name but considered the name of subsidiary companies as the name of different companies. Afterward, we assigned each name a representative name for a company as well as the SIC code for each company manually. Among all the company name candidates, we removed names that appeared more than five times to eliminate insignificant company mentions.
Finally, we constructed the relationship of co-occurrences when two companies appeared in the same sentence based on an analysis of split sentences in which company names were assigned. This co-occurrence is related to direct relations between companies. Because of the scarcity of information on industrial classification that co-occurred in the original data [10], we converted co-occurring firms into co-occurring industries—i.e., SIC codes. The SIC codes are three digit, that is, industry-group level, which is used for high-technology industries [48] and reflects a balance between the need to minimize the possibility of gathering unrelated firms and the need to indicate the viability of an industry group [49]. Furthermore, comparing the list of high-technology industries suggested by Hecker [48] and that of high- and medium-high-technology industries suggested by the Organization for Economic Cooperation and Development (OECD) [50], this research uses 21 high-technology industries (Table 2).

3.3. Estimation of a Diffusion Model of Industry Convergence

This work was supported by the National Research Foundation of Korea Grant funded by the Korean government (NRF-2015-S1A3A-2046742).

All six authors contributed to completion of the research. Hyeokseong Lee contributed to and led the entire process of this research as well as drawing the outline of the paper. Namil Kim developed the measurement method and analyzed the diffusion model. Kiho Kwak and Kyungbae Park reviewed the related literature and modified the draft. Hyungjoon Soh collected and processed the data analyzed. Hyeokseong Lee, Kiho Kwak, and Wonjoon Kim were in charge of theory development and manuscript preparation. All authors have read and approved the final manuscript. 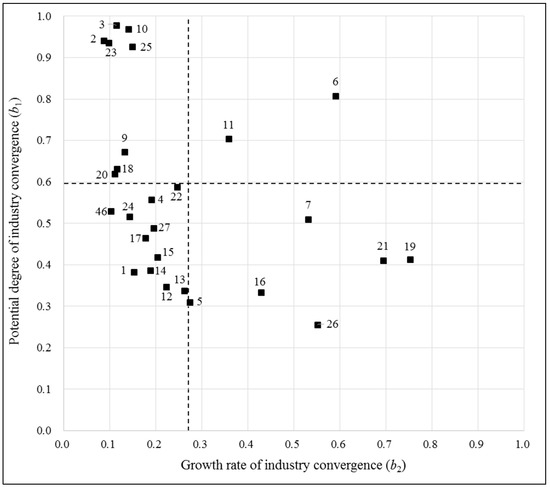 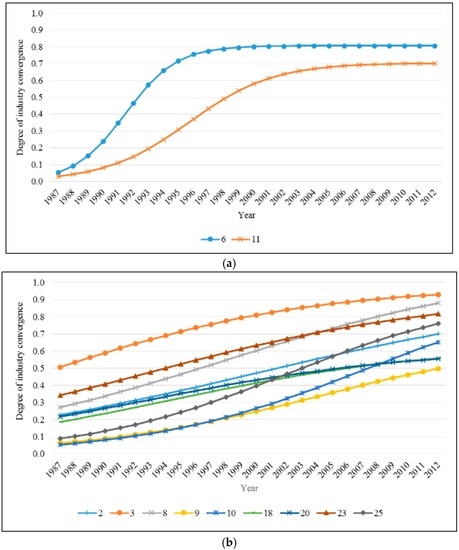 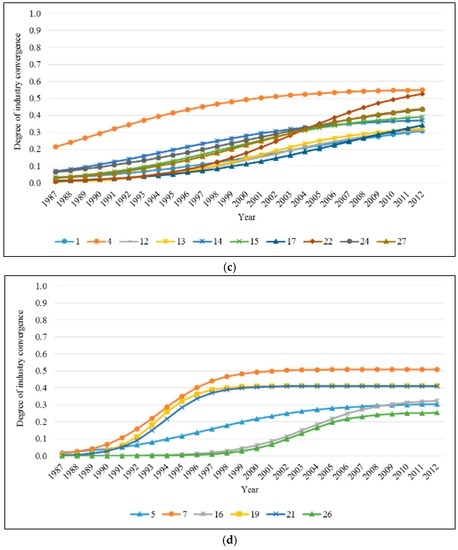 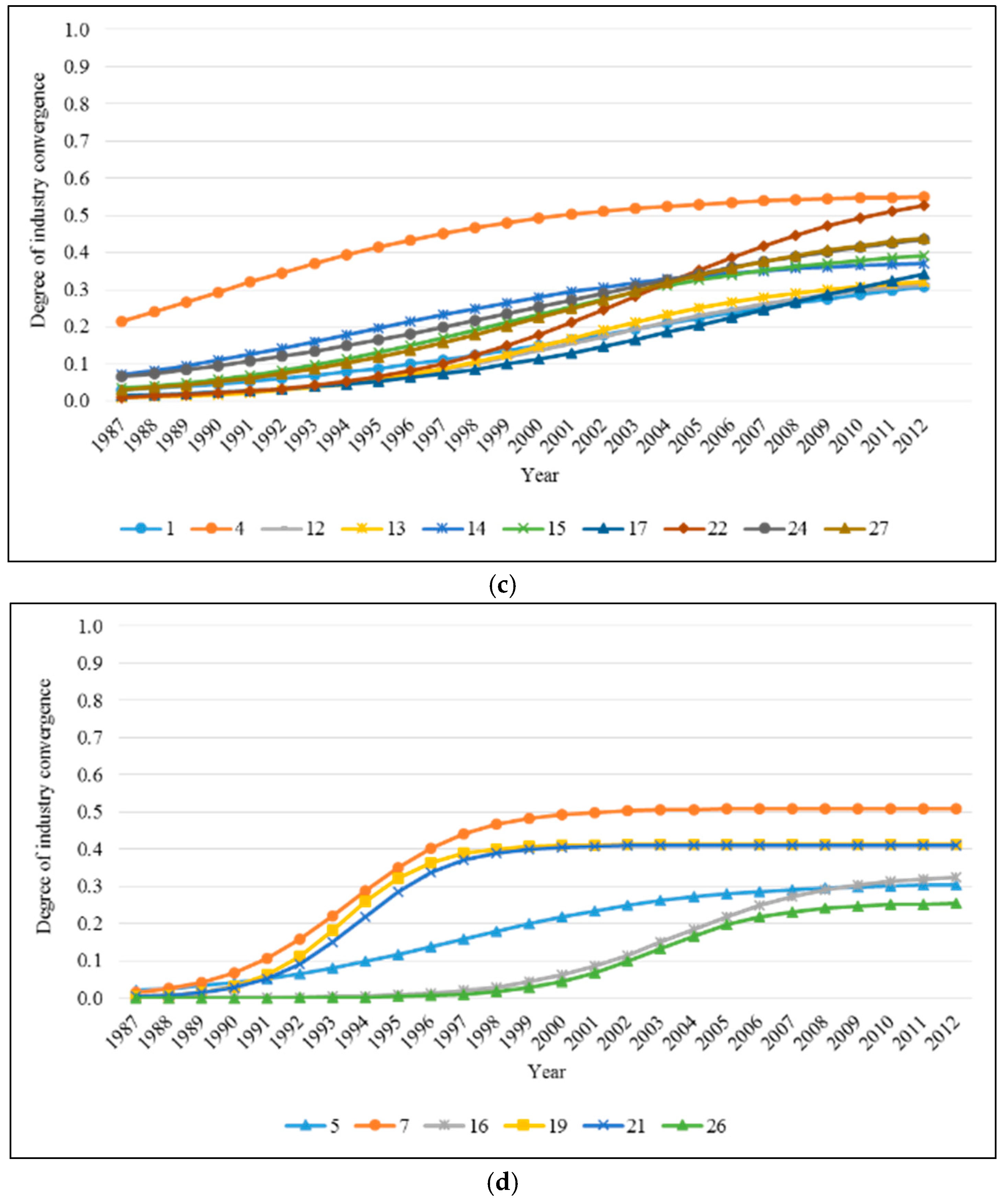 Table 1. Methods of measuring industry convergence in the literature.

Table 4. OLS regression result of a relationship between the growth rate and the potential degree of convergence.
Note: ** p < 0.05; *** p < 0.01. Standard errors are in parentheses.