The Efficiency and Its Determinants for China’s Medical Care System: Some Policy Implications for Northeast Asia
Previous Article in Journal

Using a sequential slack-based measure (SSBM) model, this paper analyzes the spatiotemporal disparities of urban land use economic efficiency (ULUEE) under environmental constraints, and its influencing factors in 270 cities across China from 2003–2012. The main results are as follows: (1) The average ULUEE for Chinese cities is only 0.411, and out of the 270 cities, only six cities are always efficient in urban land use in the study period. Most cities have a lot of room to improve the economic output of secondary and tertiary industries, as well as environmental protection work; (2) The eastern region of China enjoys the highest ULUEE, followed by the western and central regions. Super-scale cities show the best performance of all four city scales, followed by large-scale, small-scale and medium-scale cities. Cities with relatively developed economies and less pollutant discharge always have better ULUEE; (3) The results of slack variables analysis show that most cities have problems such as the labor surplus, over-development, excessive pollutant discharge, economic output shortage, and unreasonable use of funds is the most serious one; (4) The regression results of the influencing factors show that improvements of the per capita GDP and land use intensity are helpful to raise ULUEE. The urbanization rate and the proportion of foreign enterprises’ output account for the total output in the secondary and tertiary industries only have the same effect in some regions and city scales. The land management policy and land leasing policy have negative impact on the ULUEE in all the three regions and four city scales; (5) Some targeted policy goals are proposed, including the reduction of surplus labor, and pay more attention to environmental protection. Most importantly, effective implementation of land management policies from the central government, and stopping blind leasing of land to make up the local government’s financial deficit would be very helpful to improve the ULUEE of Chinese cities. View Full-Text
Keywords: urban land use; economic efficiency; sequential SBM model; China; environmental constraints urban land use; economic efficiency; sequential SBM model; China; environmental constraints
►▼ Show Figures 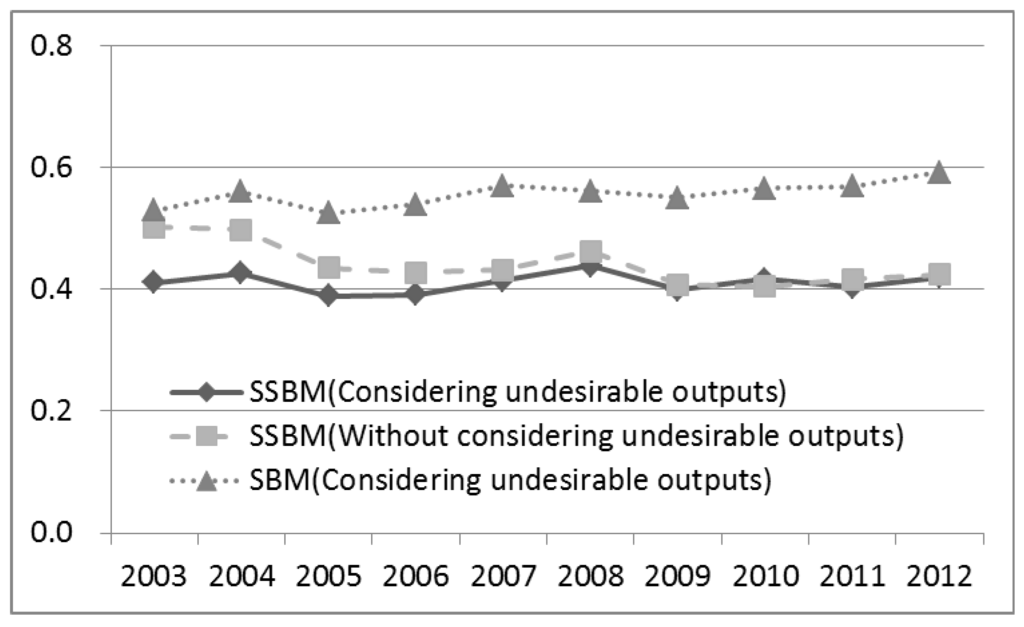 Xie, H.; Wang, W. Exploring the Spatial-Temporal Disparities of Urban Land Use Economic Efficiency in China and Its Influencing Factors under Environmental Constraints Based on a Sequential Slacks-Based Model. Sustainability 2015, 7, 10171-10190.


Xie H, Wang W. Exploring the Spatial-Temporal Disparities of Urban Land Use Economic Efficiency in China and Its Influencing Factors under Environmental Constraints Based on a Sequential Slacks-Based Model. Sustainability. 2015; 7(8):10171-10190.


Xie, Hualin; Wang, Wei. 2015. "Exploring the Spatial-Temporal Disparities of Urban Land Use Economic Efficiency in China and Its Influencing Factors under Environmental Constraints Based on a Sequential Slacks-Based Model." Sustainability 7, no. 8: 10171-10190.