Depleted Uranium and Its Effects on Humans
Previous Article in Journal

Mercury in the Urban Topsoil of Athens, Greece

The present study documents the Hg content in 45 urban topsoil samples from the highly urbanized city of Athens, Greece. The Hg concentrations were quantified by applying aqua regia digestion on the <100 μm soil fraction followed by inductively coupled plasma-mass spectrometry (ICP-MS) with a detection limit of 5 μg·kg−1. The median concentration of Hg in Athens soil is 96 μg·kg−1; ten out of 45 soil samples were found to contain Hg concentrations higher than 200 μg·kg−1, which is the maximum concentration value expected to be present in normal uncontaminated soils. Results obtained by multivariate principal component and hierarchical cluster analysis incorporating a large suite of chemical elements were notably effective for elucidating the anthropogenic origin of Hg in the studied soil. The elevated concentrations are most likely related to site-specific point source contamination rather than to the widely documented influences from the vehicular traffic emissions in urban settings. Given the proximity of urban population to the contaminated urban soils, we suggest the implementation of different soil extraction tests with the aim to evaluate the fraction of soil Hg available for absorption by the human body. View Full-Text
Keywords: urban geochemistry; soil contamination; heavy metals; multivariate analysis urban geochemistry; soil contamination; heavy metals; multivariate analysis
►▼ Show Figures 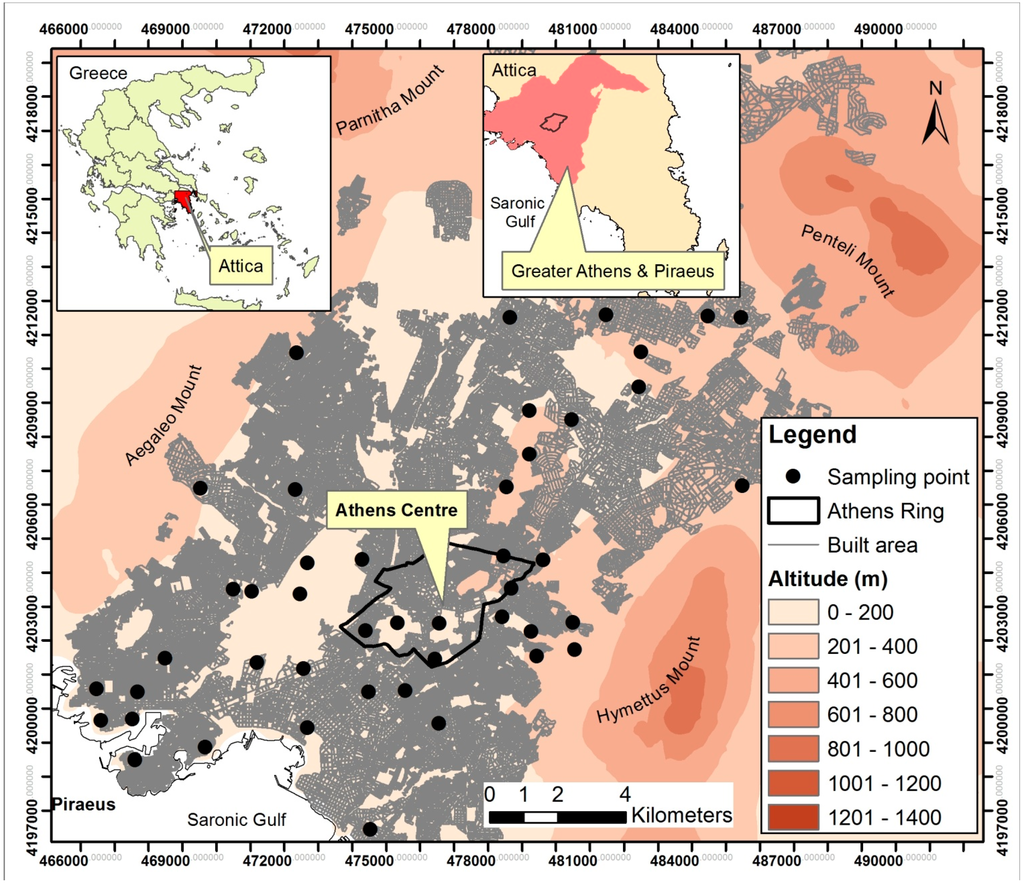