A Holistic Approach to Enhance the Use of Neglected and Underutilized Species: The Case of Andean Grains in Bolivia and Peru
Previous Article in Special Issue

Sustainable Treatment of Aquaculture Effluents—What Can We Learn from the Past for the Future?

Wastewater reclamation for municipal irrigation is an increasingly attractive option for extending water supplies. However, public health concerns include the potential for development of antibiotic resistance (AR) in environmental bacteria after exposure to residual pharmaceuticals in reclaimed water. Though scientific studies have reported high levels of AR in soils irrigated with wastewater, these works often fail to address the soil resistome, or the natural occurrence of AR. This study compared AR patterns in sediment Enterococcus isolated from water storage basins containing either reclaimed water or groundwater in central Arizona. Resistance to 16 antibiotics was quantified in isolates to a depth of 30 cm. Results reveal high levels of resistance to certain antibiotics, including lincomycin, ciprofloxacin, and erythromycin, exists in sediments regardless of the water source (groundwater, reclaimed water), and higher AR was not detectable in reclaimed water sediments. Furthermore, multiple-antibiotic-resistance (MAR) was substantially reduced in isolates from reclaimed water sediments, compared to freshwater sediment isolates. Comparing the development of AR in sediment bacteria at these two sites will increase awareness of the environmental and public health impacts of using reclaimed water for irrigation of municipal areas, and illustrates the necessity for control sites in studies examining AR development in environmental microbiota. View Full-Text
Keywords: Enterococcus; multiple antibiotic resistance; bacterial cultivation; MIC50 Enterococcus; multiple antibiotic resistance; bacterial cultivation; MIC50
►▼ Show Figures 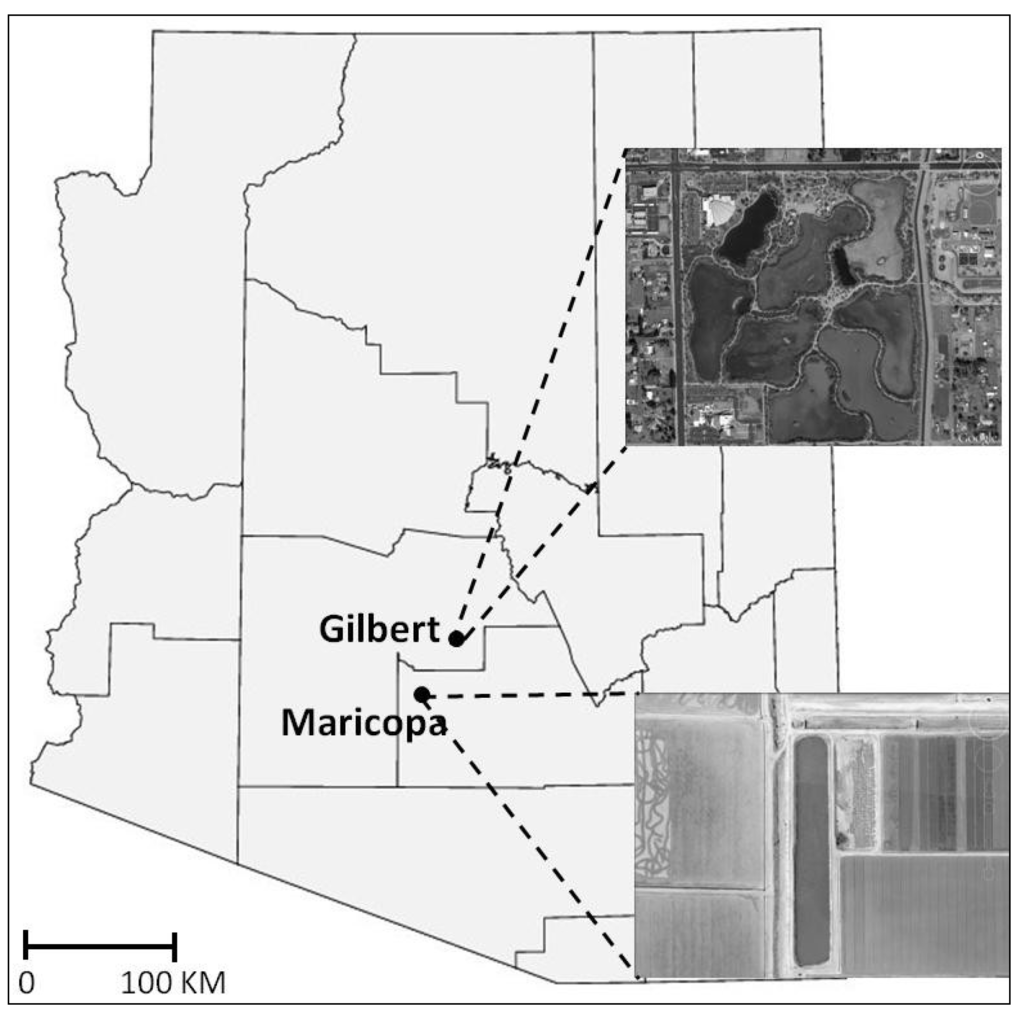