Determination of the Support Level of Local Organizations in a Model Forest Initiative: Do Local Stakeholders Have Willingness to Be Involved in the Model Forest Development?
Next Article in Special Issue

Water Quality Changes during Rapid Urbanization in the Shenzhen River Catchment: An Integrated View of Socio-Economic and Infrastructure Development
Previous Article in Journal

Currently, 58% of coal-fired power generation capacity is located in eastern China, where the demand for electricity is strong. Serious air pollution in China, in eastern regions in particular, has compelled the Chinese government to impose a ban on the new construction of pulverized coal power plants in eastern regions. Meanwhile, rapid economic growth is thirsty for electric power supply. As a response, China planned to build large-scale coal power bases in six western provinces, including Inner Mongolia, Shanxi, Shaanxi, Xinjiang, Ningxia and Gansu. In this paper, the water resource implication of the coal power base planning is addressed. We find that, in a business-as-usual (BAU) scenario, water consumption for coal power generation in these six provinces will increase from 1130 million m3 in 2012 to 2085 million m3 in 2020, experiencing nearly a double growth. Such a surge will exert great pressure on water supply and lead to serious water crisis in these already water-starved regions. A strong implication is that the Chinese Government must add water resource constraint as a critical point in its overall sustainable development plan, in addition to energy supply and environment protection. An integrated energy-water resource plan with regionalized environmental carrying capacity as constraints should be developed to settle this puzzle. Several measures are proposed to cope with it, including downsizing coal power in western regions, raising the technical threshold of new coal power plants and implementing retrofitting to the inefficient cooling system, and reengineering the generation process to waterless or recycled means. View Full-Text
Keywords: energy-water nexus, coal power generation, water resource, China energy-water nexus, coal power generation, water resource, China
►▼ Show Figures 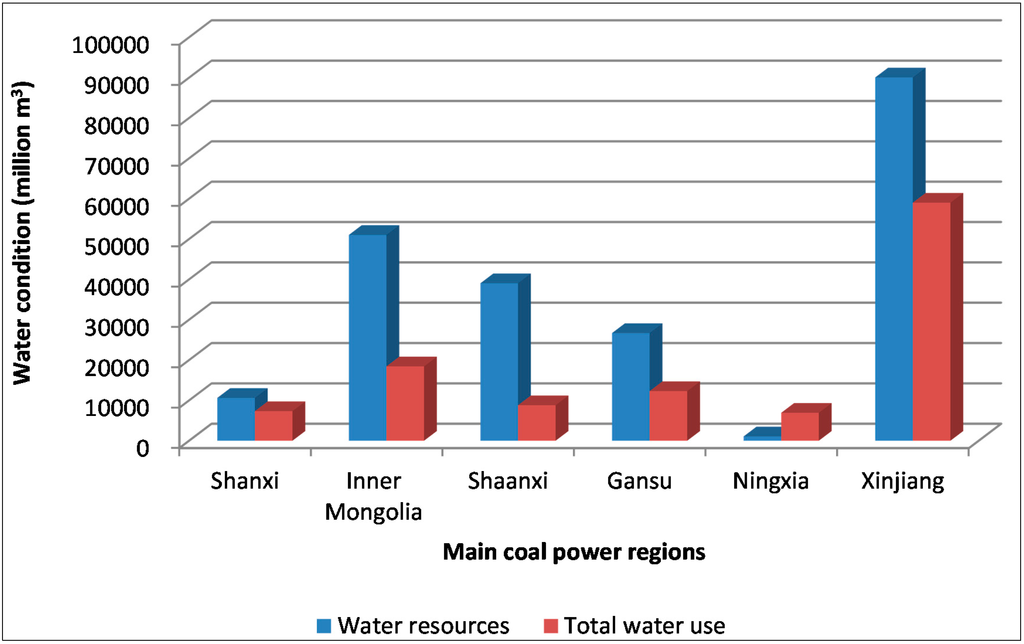