Levels of Transformation in Sustainable Curricula: The Case of Geography Education
Next Article in Special Issue

A Strategy for Managing the Operation of Technical Infrastructure Based on the Analysis of “Bad Actors”—A Case Study of LOTOS Group S.A.
Previous Article in Special Issue

Higher Education for Sustainability: A Bibliometric Approach—What, Where and Who Is Doing Research in This Subject?

This paper looks to characterize and analyze the scientific production on the subject of higher education for sustainability in the period from 1991 to the beginning of 2022 (February). Based on a descriptive and content analysis in this study the bibliometric analysis method will be used. It is one of the most frequently used content analysis methods, which, when used to study and measure texts and information, not only allows working with large amounts of data, but is also well supported by solid theories [19]. According to Rosa, Chimendes, Silva and Mello [20] the bibliometric approach proves to be a powerful tool in the evaluation of scientific production in different areas of knowledge, allowing the study of publications as well as bibliographic references.
In the same line of thought, one comes across Fusco [21], who, using in his research different tools from those used in this article (namely Bibliometrix and VosViewer), shares the opinion that bibliometrics is a methodological approach widely used to collect and analyze quantitative data concerning emerging or consolidated research topics.
The database used to search for academic texts was Scopus. It is a reputed and widely used database in academia, easily accessible to the researcher, providing a basis of excellence for an effective combination and interaction of the information generated by it. In this sense, articulating the potential provided by Scopus and the literature review carried out, a key expression was identified, namely “Higher Education for Sustainability”, which was the basis of the research carried out within the scope of bibliometric analysis.
Looking for this expression in the Scopus database, more specifically (TITLE-ABS-KEY ({higher education} AND sustainability), and based on performance analysis, one of the main techniques of bibliometric analysis [22], a research was developed that would allow us to answer the research questions initially posed, helping to identify and analyze a set of indicators, namely:

The use of this type of methodology is assumed to be the best choice insofar as, and according to Rosa, Chimendes, Silva and Mello [20] (p. 7) it allows identifying “the amount of works and articles on a given subject; publication of these on a certain date; publication by an author, an institution or groups disseminated by a scientific journal; degree of R&D development and innovation, among others.”
The survey was carried out on February 28th. Covering the period from 1991 to 2022 (February), and without any restriction in terms of the type of publication, 4410 documents were identified in which the topic of Higher Education for Sustainability is addressed. In order to answer the questions initially posed, and based on the indicators already mentioned, our study seeks to focus on all the documents obtained.

Data was obtained from SCOPUS data base (with permission). 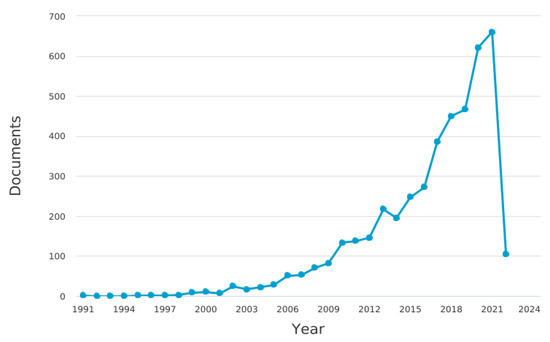 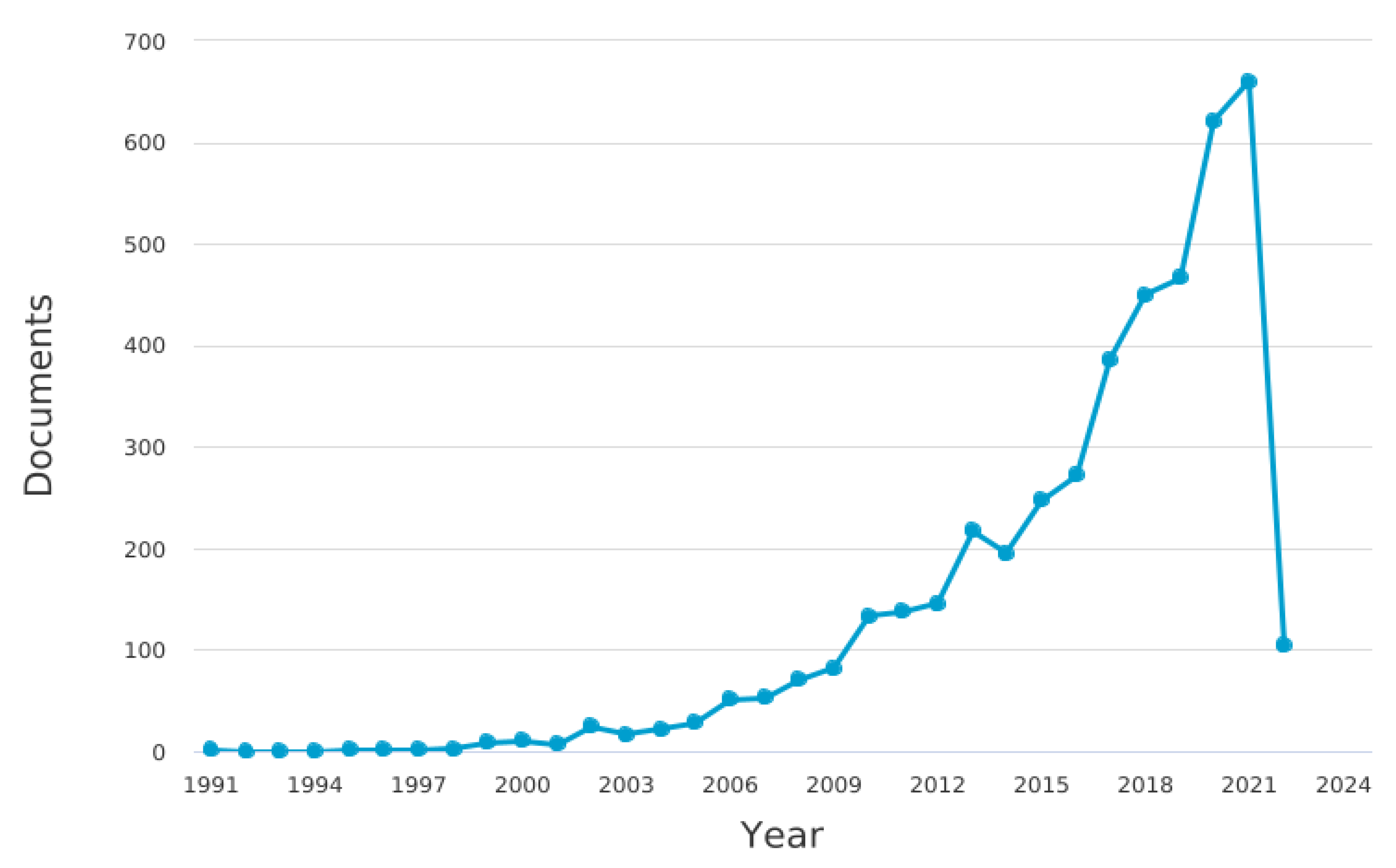 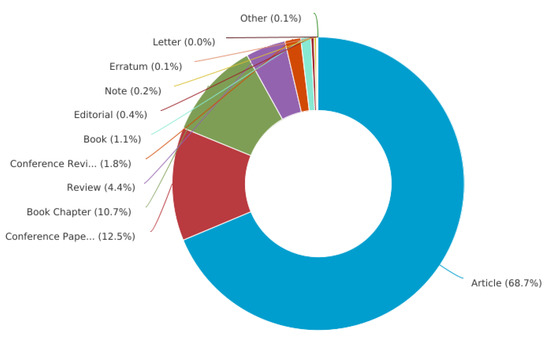 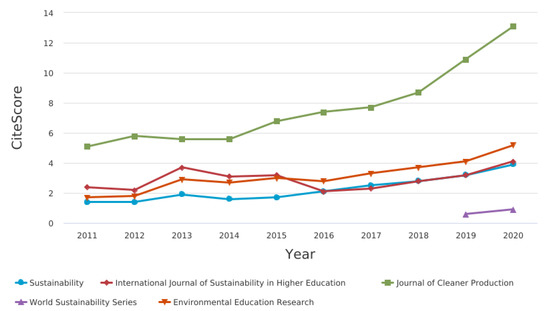 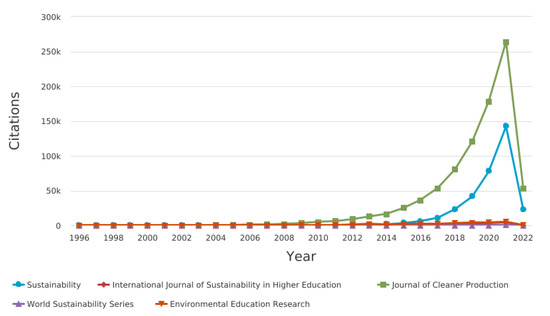 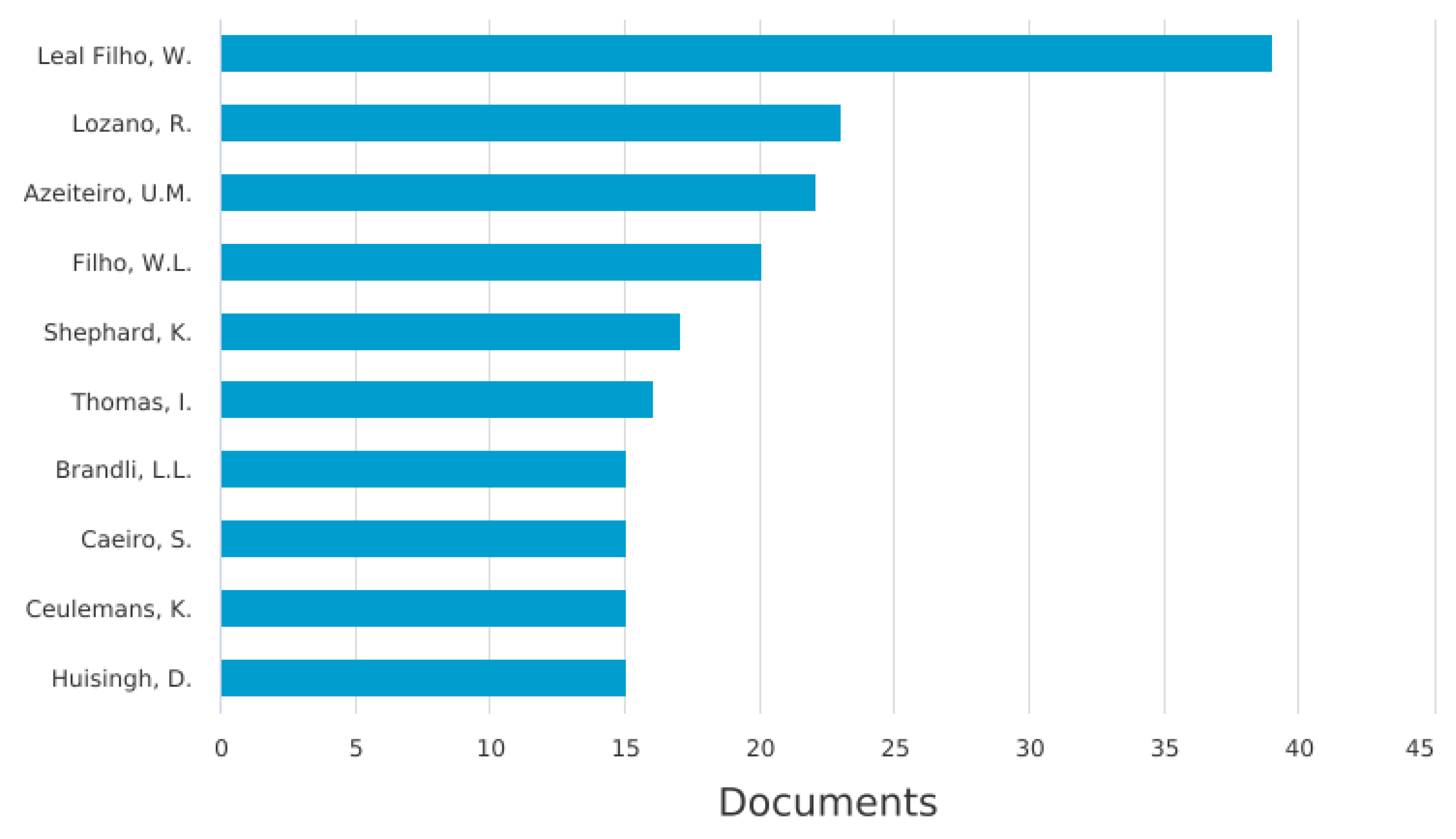 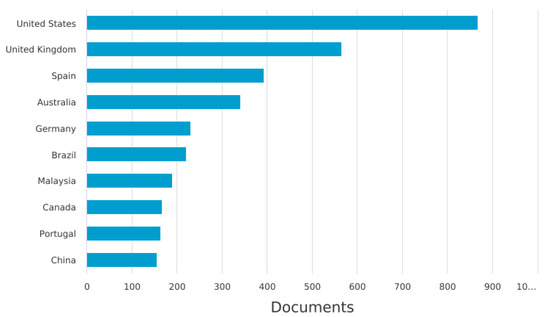 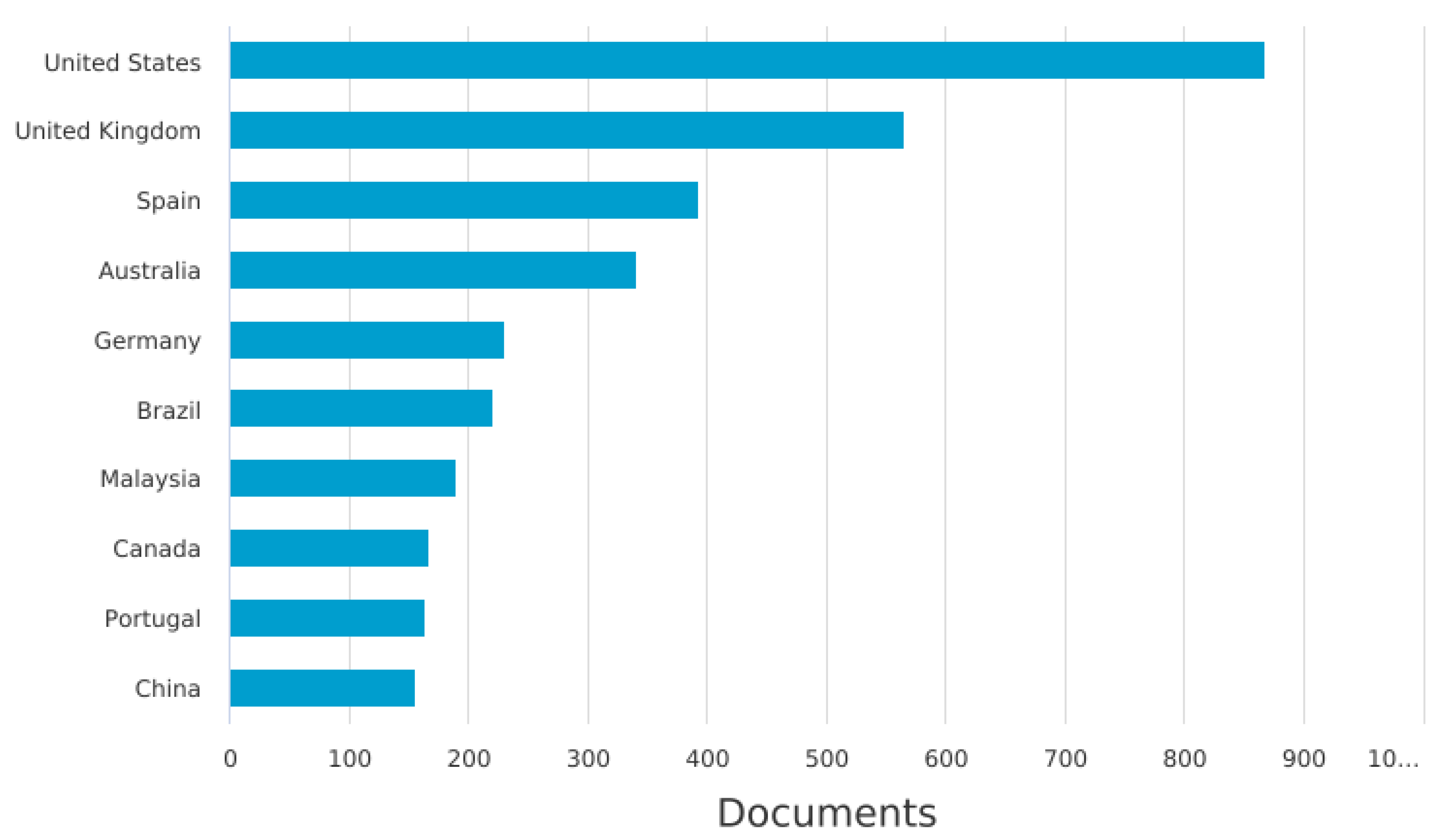