The Impact of Uncertainty on State-Level Housing Markets of the United States: The Role of Social Cohesion

In terms of housing markets data, we employ the seasonally adjusted nominal housing price data for the 50 states of the U.S., plus Washington, D.C., derived from the monthly index values of the Freddie Mac House Price Indexes (The data are accessible from http://www.freddiemac.com/research/indices/house-price-index.page, accessed on 27 January 2021). The indexes are calculated based on a database of loans purchased by Freddie Mac/Fannie Mae and provide a measure for U.S. housing prices at the state level. The nominal price data are then deflated using the seasonally adjusted Consumer Price Index (CPI) downloadable from the Federal Reserve Bank of St. Louis database (The data can be found from https://fred.stlouisfed.org, accessed on 27 January 2021). To work with the stationarity data, we take the first log-difference of the data to obtain real housing returns. We use the State Social Capital Index derived from the U.S. Congress Social Capital Project as a measurement of social cohesion in each state (In an economic context, Reference [32] defines social cohesion as the depreciated stock of past social capital investment. Social capital is conceptually and closely related to social cohesion and can be used as a measurement of social cohesion [4]. See Reference [33] for the detailed theoretical discussions about the concepts of social cohesion and capital. (The data are available from https://www.jec.senate.gov/public/index.cfm/republicans/2018/4/the-geography-of-social-capital-in-america, accessed on 27 January 2021). To measure broader macro-economic and financial uncertainties in the U.S., we employ the Macro and Financial Uncertainty Indexes following the methodology described by References [19,21] using 134 macroeconomic time series and 148 measures of monthly financial indicators, respectively (The data are downloadable from www.sydneyludvigson.com/data-and-appendixes, accessed on 27 January 2021). The uncertainty data are computed based on the h-step-ahead forecasts from a vector autoregression (VAR) system at the 1-month and 12-month ahead forecast horizons so that uncertainty in the short-term and long-term can be both captured. We also use several macro-economic fundamental variables at the U.S. country level, including interest rates, industrial production growth rates, and inflation rates to control for the influence of macroeconomic fundamentals in affecting real housing returns across U.S. states (The data are available from https://fred.stlouisfed.org, accessed on 27 January 2021). Our panel dataset is constructed at a monthly frequency and ranged from December 1999 to December 2019 over a sample period of 20 years. We describe the variables used in this study in Table 1.

The linear model for computing impulse response functions (IRFs) following the Local Projection (LP) method of Reference [21] can be specified as follows: where is the real housing returns of state i at time t, s is the length of forecast horizons up to the maximum forecast horizon H (The maximum length of forecast horizons is set to 12 months in this research, corresponding to a one-year forecast horizon), captures the fixed effect, and measures the responses of housing returns at time t + s to the uncertainty measure (denoted by ) at time t. The LP IRFs are computed as a series of which are calculated separately at each horizon (s) (Let us consider an univariate process for generating the IRF of Rt to a unit increase in the shock Ut. At the time of the shock, E[Rt] = R + Ut, where R is the mean average. For the sake of simplicity, assuming two lags are selected, the IRF function in the next period is then calculated by regressing Rt = α + β1Rt−1 + β2Rt−2 + Ut. The IRF estimate for the period after the shock is: E[Rt+1] = α + β1() + β2, and the confidence intervals are obtained using the standard errors of the regression coefficients. E[Rt+2] is formed using a separate ordinary least squares (OLS) regression in each subsequent period. See Reference [21] for more detailed discussions about the local projection method).
We also test if the impacts of uncertainty on real housing returns are contingent on the status of social cohesion in each state. Equation (1) can be respecified into a regime-dependent model in which IRFs are depending on the social cohesion profile of each state [31]. A switching variable that distinguishes states with high social cohesion from those with low social cohesion can be incorporated into a nonlinear model defined as follows: where is a switching variable that takes a value of 1 if state i has low social cohesion, and 0 otherwise. Superscripts high and low denote high-social and low-social cohesion states, respectively (The states with high social cohesion in our dataset are based on the state social capital index derived from U.S. Congress Social Capital Project 2018. There are 22 states include Alaska, Colorado, Connecticut, Idaho, Indiana, Kansas, Maine, Massachusetts, Minnesota, Montana, Nebraska, New Hampshire, North Dakota, Oregon, Rhode Island, South Dakota, Utah, Vermont, Virginia, Washington, Wisconsin, and Wyoming. Understandably, the remaining 28 states, plus the District of Columbia, are characterized as states with low social cohesion). The model distinguishes the responses of real housing returns to uncertainty in high social cohesion states from low social cohesion states.
To test the robustness of our results, we also consider several control variables that can affect housing returns at the U.S. country level. The model specified in Equation (2) can be extended as follows. where ’ is a vector of control variables for the U.S. macro-economic fundamentals. represent the U.S. interest rates, industrial production growth rates, and inflation rates, respectively. 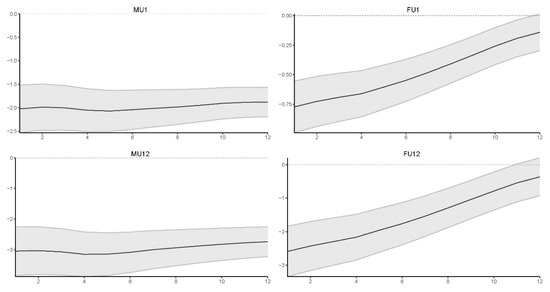 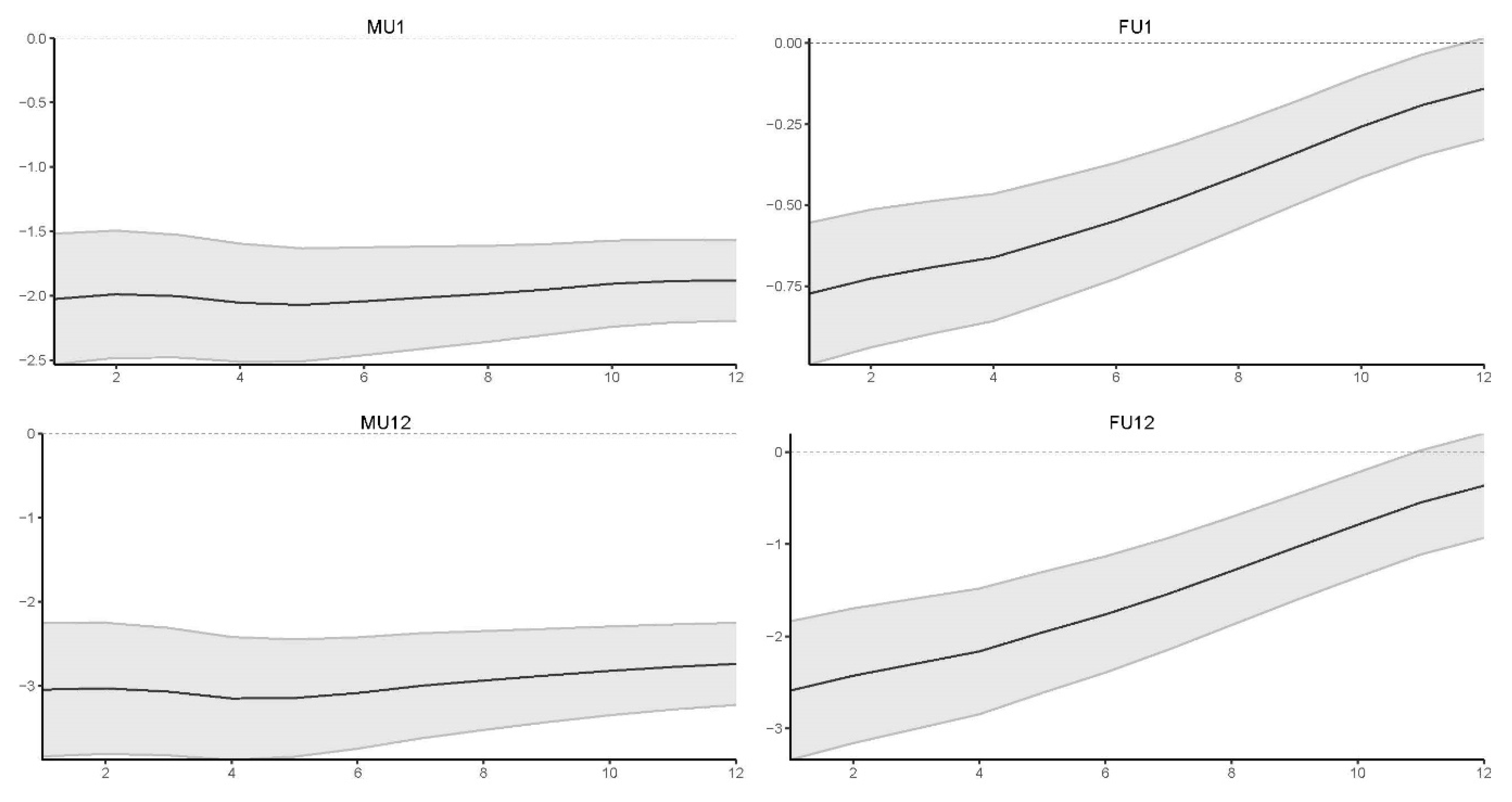 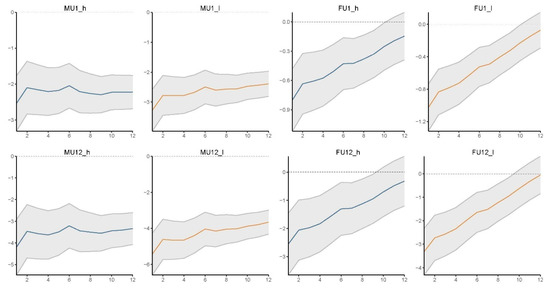 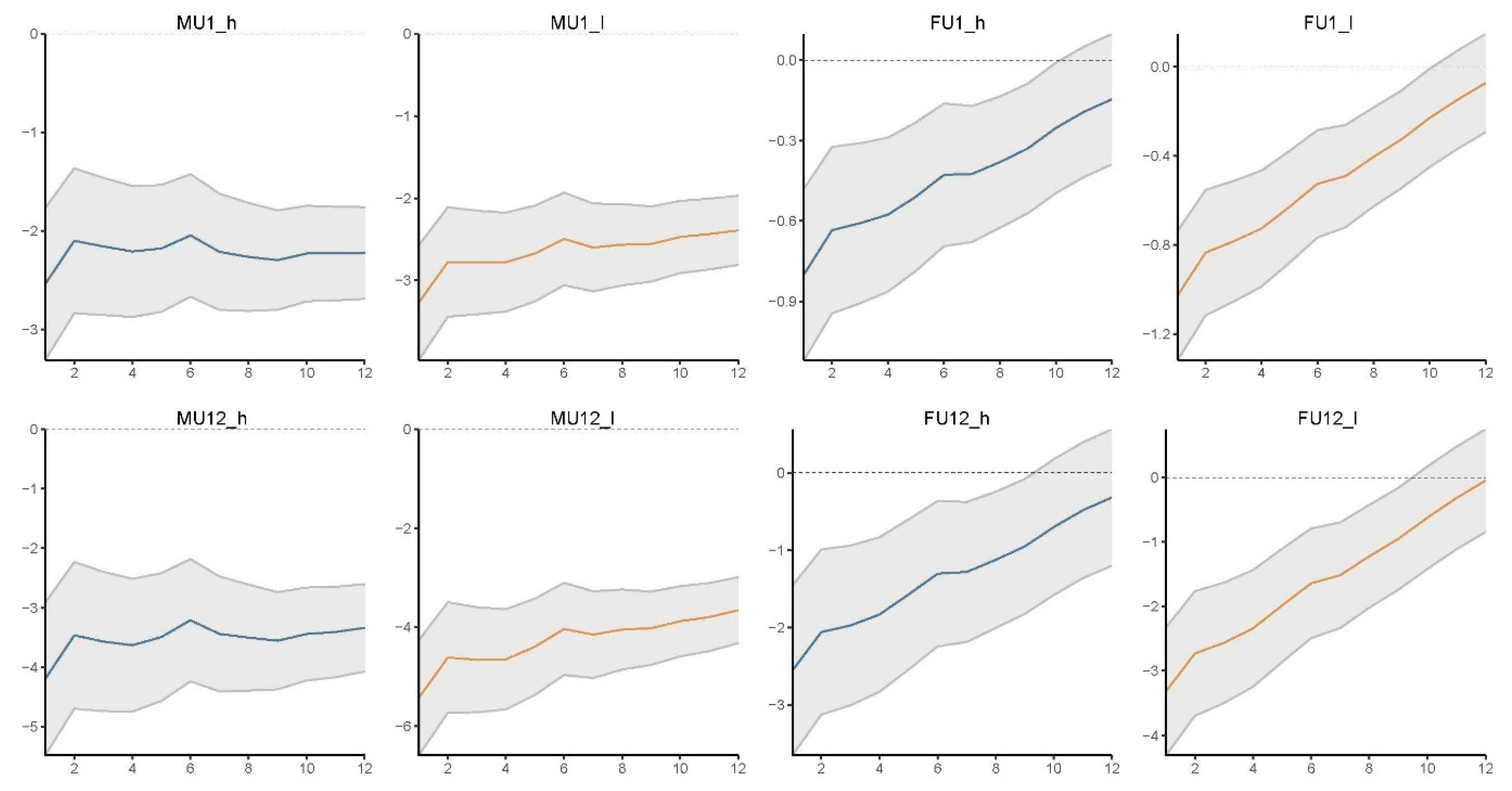 Table 1. Descriptions of variables.
Table 1. Descriptions of variables.
© 2021 by the authors. Licensee MDPI, Basel, Switzerland. This article is an open access article distributed under the terms and conditions of the Creative Commons Attribution (CC BY) license (http://creativecommons.org/licenses/by/4.0/).
We use cookies on our website to ensure you get the best experience. Read more about our cookies here.
Accept
We have just recently launched a new version of our website. Help us to further improve by taking part in this short 5 minute survey here. here.
Never show this again