Measuring the Openness of Innovation

Embracing the Potentials of Intermodal Transport in Ethiopia: Strategies to Facilitate Export-Led Growth

Ethiopia has one of the fastest growing economies in the world, and by 2025 Ethiopia aims to become the manufacturing hub of Africa. To maintain growth, the Ethiopian government heavily supports industrial development in different industry sectors. However, Ethiopia is still a developing, low-income country that has to overcome several barriers in order to attract foreign companies to become a middle-income country. Therefore, efficient intermodal transport is seen as one of the key contributors to facilitating export-led growth. This study seeks to map the current state of intermodal transport in Ethiopia by synthesizing a holistic picture of current challenges and to propose strategies for dealing with them. A moderated nominal group technique (NGT) exercise was applied among 38 experts from local manufacturing industries, domestic and international logistics services, academia, and associations as well as governmental and non-governmental institutions. Through the NGT process, the study condenses 19 challenges for intermodal transport in Ethiopia that are grouped into eight different clusters and assesses the importance of resolving those challenges in order to facilitate logistics performance. Moreover, strategies are proposed to improve the current state of intermodal transport and assessed according to their effectiveness and complexity. Consequently, recommendations and implications for four stakeholder groups are given: (1) governmental institutions; (2) non-governmental institutions; (3) foreign investors/manufacturers and local manufacturers; as well as (4) local and international logistics service providers.
Keywords: intermodal transport; hinterland; logistics; low-income country; Ethiopia; nominal group technique intermodal transport; hinterland; logistics; low-income country; Ethiopia; nominal group technique

To lay the theoretical foundation for this study, this section will first provide an overview of the current state of Ethiopia’s industrial development strategy, including the associated efforts to strengthen intermodal transport in the country in order to achieve export-led growth in the long term. In this context, the characteristics of Ethiopian domestic transport will also be presented. Secondly, challenges and solutions for improving intermodal transport in other countries will be explained in order that Ethiopia’s results can be related to them later in this study.

2.1. Overview of Industrial Development and the Current State of Intermodal Transport in Ethiopia

2.2. Challenges and Opportunities of Intermodal Transport—Evidence from Other Countries

4.2. Strategies to Improve the Current State of Intermodal Transport in Ethiopia

This study’s intent was to provide a broad picture of the current state of intermodal transport in Ethiopia through integrating multiple stakeholders. Therefore, the study applied an NGT group exercise among 38 professionals coming from manufacturing and service-provider industries, academia, and government as well as non-governmental institutions. The intent was to limit bias through various stages of the research process. However, the study contains some limitations that need to be discussed.
Although, from a methodological perspective, the total number of 38 participants was appropriate for performing an NGT group exercise, this constitutes a relatively small sample for assessing the challenges and strategies developed. Although the assessment provides primary indications of the peculiarity of the challenges faced, more fine-tuned analyses by different stakeholder groups revealing their diverse views on those challenges were not possible. Additionally, the assessment performed was based solely on the individual perceptions and experiences of the professionals involved, thus leading to a more qualitative assessment rather than a quantitative analysis which can be supported by concrete numbers.
That being said, this study and its results provide a basis for further discussions but require further quantitative studies to draw more reliable conclusions. Nevertheless, the study seeks to open up the discussion on intermodal transport in Ethiopia, which will be among the cornerstones of economic development for one of the fastest-growing low-income countries in the world, which is increasingly becoming part of global value chains. Efficient logistics is one of the key success factors for achieving the Ethiopian government’s goal of becoming the manufacturing hub of Africa by 2025. Therefore, discussions on improving intermodal transport have to be continued by research and practice alike.

The author would like to thank the Kuehne Foundation for the financial support of this research project. We acknowledge support by the German Research Foundation and the Open Access Publication Fund of TU Berlin.

Data available on request due to restrictions, e.g., privacy or ethical. 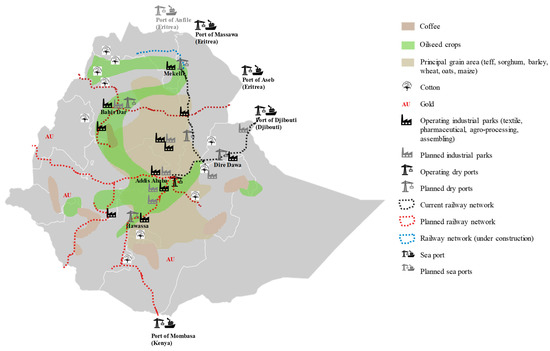 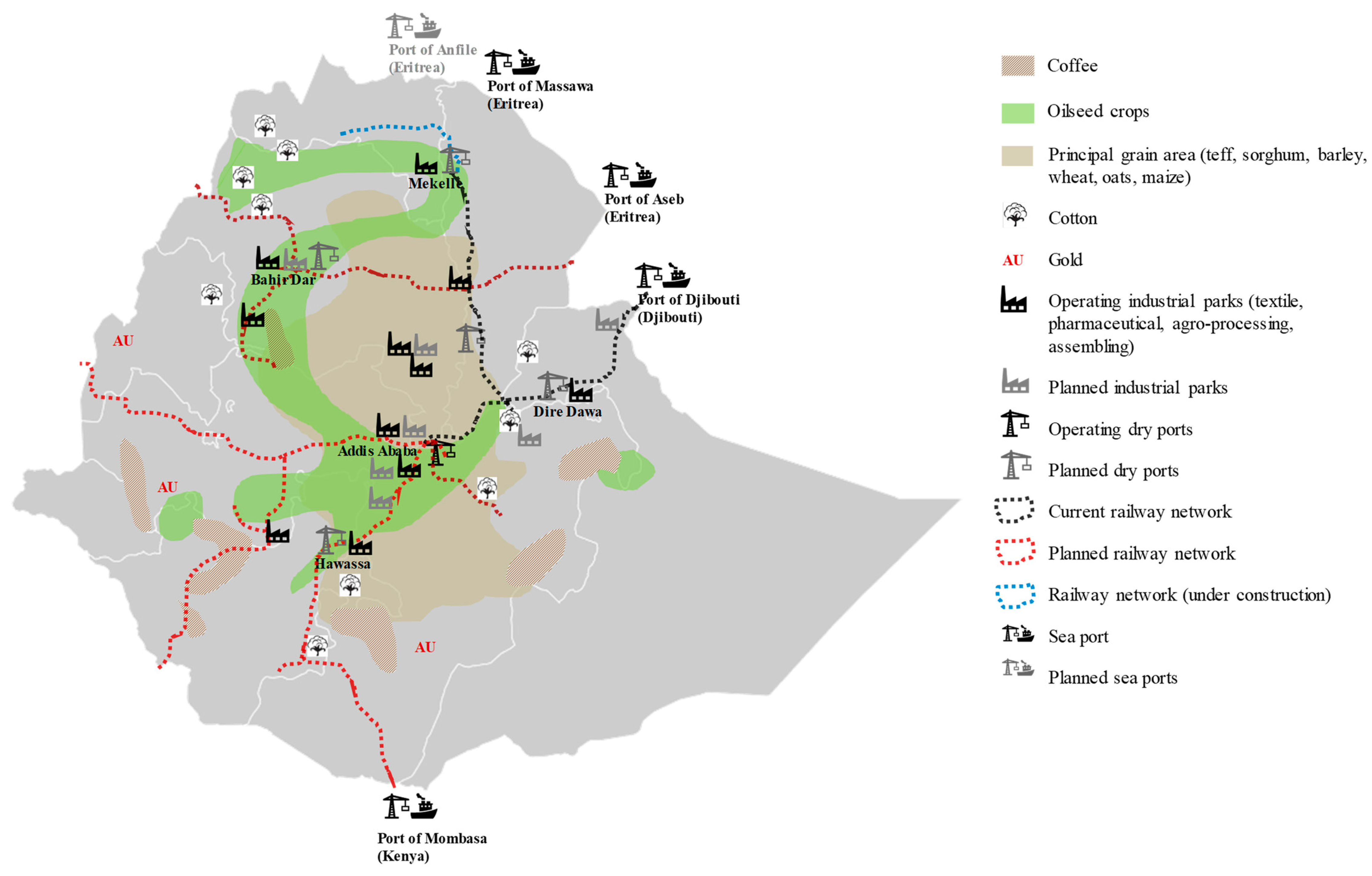 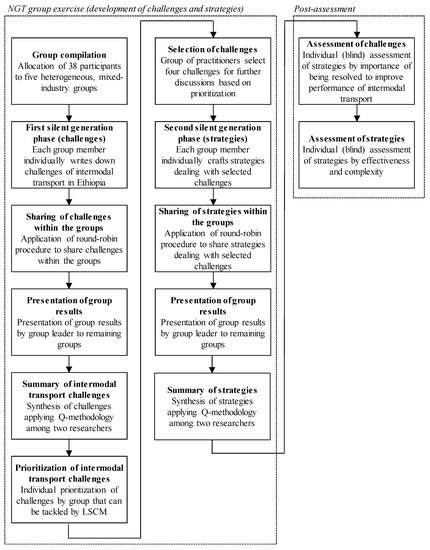 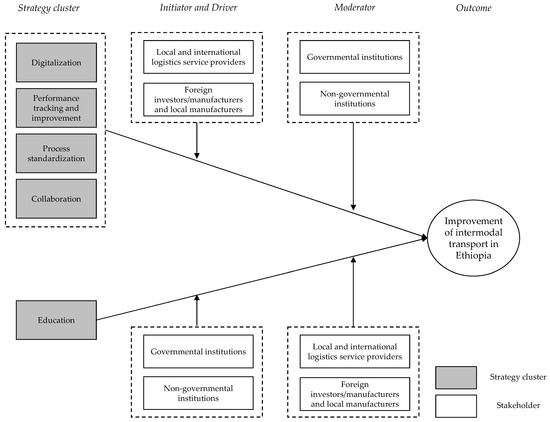 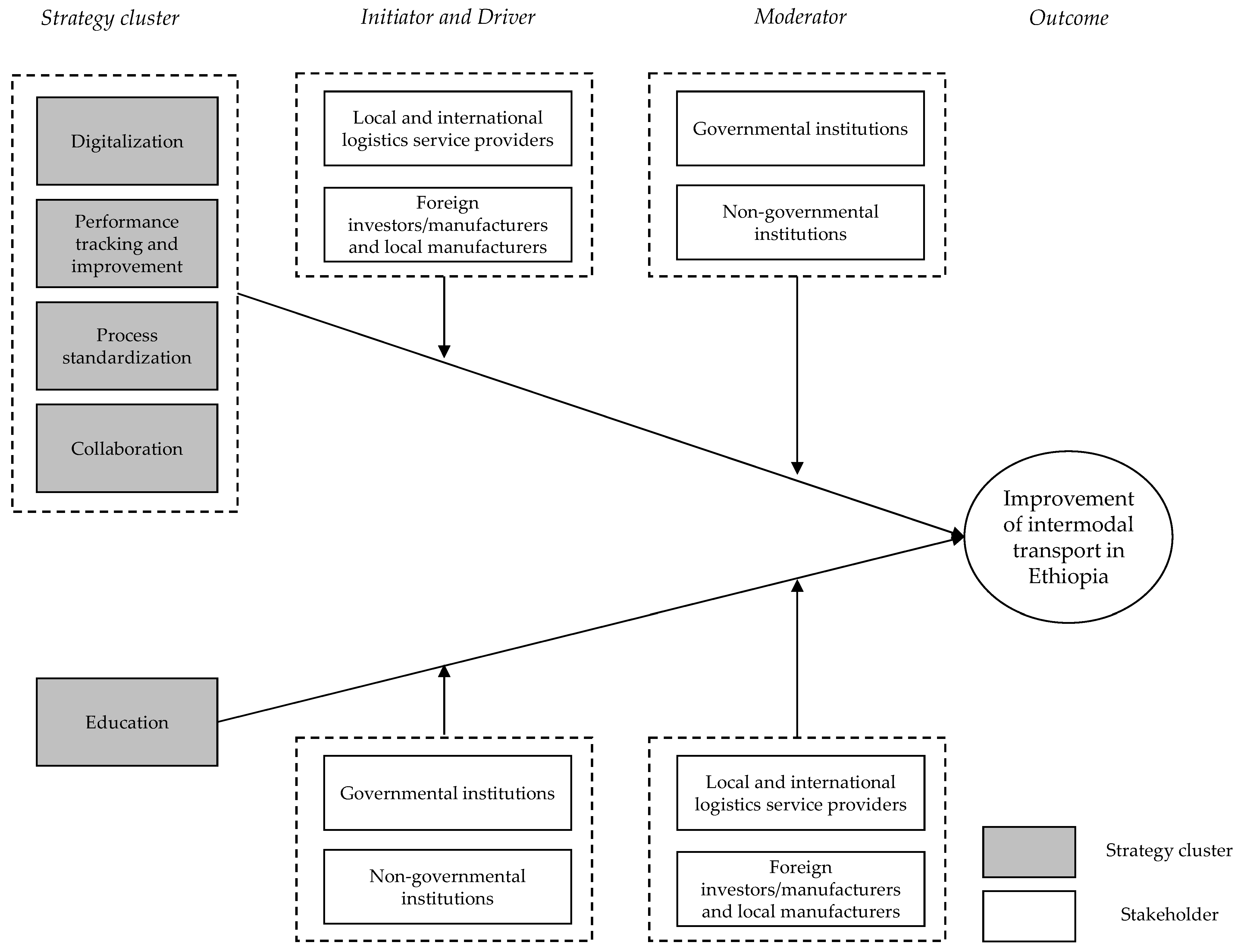