Research on Sustainable Land Use Based on Production–Living–Ecological Function: A Case Study of Hubei Province, China
Previous Article in Special Issue

The World Bank calculated South Africa’s 2018 Gini Coefficient to be 0.63, which made it the world’s most unequal country. Such inequality is perpetuated by land-use patterns still influenced by the apartheid past. The resulting urban form necessitates long travel distances, often relying on fragmented transit modes, each with their own geographical and temporal constraints. This study applies work on transit deserts in cities in the global north to Cape Town, aiming to assess the methodological transferability to the global south, and generating case study results. In the Cape Town case, the study first analyses transit deserts based on formal public transport supply (bus rapid transit, traditional bus and train), identifying that ten out of 18 traffic analysis zones were classified as transit gaps (some unserved demand), while three of these zones qualified as transit deserts (significant undersupply). Like its U.S. counterparts, excess supply is found near Cape Town’s city centre. In Cape Town, the transit gaps/deserts are partly filled by unscheduled minibus-taxis. When this informal public transport service is added, the transit deserts disappear; however, half of the transport analysis zones still qualify as having transit gaps. It is, therefore, concluded that informal public transit in Cape Town reduces the transit gap, but does not eliminate it. View Full-Text
Keywords: geographical modelling; public transport; transit deserts; Cape Town; Africa geographical modelling; public transport; transit deserts; Cape Town; Africa
►▼ Show Figures 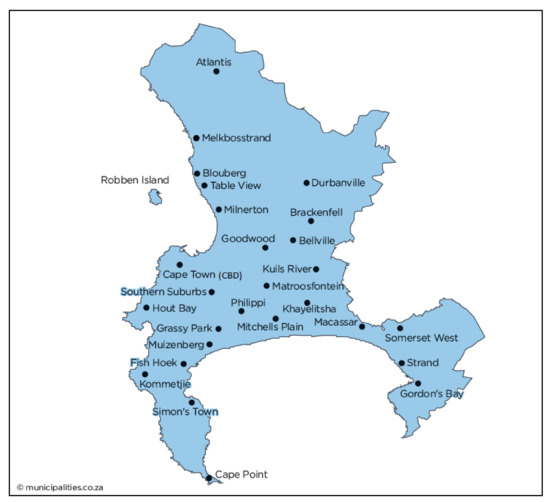