Internet and People with Intellectual Disability: A Bibliometric Analysis
Previous Article in Journal

Sustainable Construction of Earth Dams: Use of Heterogeneous Material from the Dam Site
Previous Article in Special Issue

DigiCraft: A Pedagogical Innovative Proposal for the Development of the Digital Competence in Vulnerable Children

The Influence of Social Networks within Educational and Social Fields: A Comparative Study between Two Generations of Online Students

The data were collected through a survey designed to analyze perceptions of online students on the influence of social networks in their own lives [2,30]. The web-based survey was administered via e-mail to a sample of 3781 students from Universidad Isabel I, who were studying for either bachelors or masters’ Degrees at the School of Humanities and Social Sciences. The subjects were selected by purposive sampling. Participation was voluntary and anonymous, and an informed consent form was attached to the first page of the survey.
The total of 338 respondents (F = 77.7%, M = 22.3%) amounted to 8.94% of the total group. The sample was divided into two categories: 208 people formed part of Generation Y, while 130 formed part of Generation X. Participants had an average age of 36 years, with a standard deviation of 6.8 (Generation Y: mean = 23.75, standard deviation = 1.34; Generation X: mean = 31.37, standard deviation = 3.28). We can consider that the sample is representative of the population of university students who are studying bachelors or masters’ degrees online as a unit of distance learning, due to the great extension of the main factor of interest in this study. Table 2 details the results by degree.
The results analysis was performed with the IBM SPSS (Statistical Product and Service Solutions) statistics package, version 22.0. The design used in the study is considered nonexperimental, ex post facto. The analysis of the results followed a quantitative, descriptive, and inferential methodology.

The items were scored on a 4-point Likert-type scale (Never = 1, Sometimes = 2; Frequently = 3, Always = 4), in which lower values indicated disagreement with the statement and higher values, agreement. Table 3 shows the descriptive statistics (mean and standard deviation) for each item.
The item that shows the highest disagreement in both subgroups is item number 2 (“I don’t understand life without social networks”), while items 12 and 13 are the items with which most respondents are in agreement, relating to the benefits given by the use of social networks in the academic environment.
The scores based on each group to which the students belonged were analyzed with the Student-t-test for independent samples, to identify the differences between the averages of each item. As it is a parametric test, the fulfillment of the assumption of homogeneity of variances in each data set had previously been verified. When the previous assumption is not fulfilled, a strong “t” test that can transform degrees of freedom is applied. Cohen’s d effect size value completes the interpretation of average absolute differences. The interpretation proposed by the author states that absolute values at around 0.2 represent a small effect size; if around 0.5, they may be considered a medium effect size, and values near 0.8 or more point to a large effect size.
Table 4 shows the data obtained by choosing the contrast method suitable for each item based on homoscedasticity compliance.
The decision-making process on the mean differences hypothesis follows Neyman and Pearson’s approach with a maximum fixed-value significance of α = 0.05.
As can be graphically verified in Figure 1, in the items where significant differences appear, the meaning of the subjects belonging to Generation Y showed higher values than those of Generation X. Younger people perceive social networks as an indispensable element in their everyday activities. They showed higher agreement than the preceding generation, in so far as they could not imagine life without them and they also thought that life might be more boring without them.
Furthermore, in contrast to older people, they thought that social networks were significantly useful to stay closer to their friends. In the same way, they agreed on the importance of being informed of local news to obtain new knowledge. However, they knew that excessive use of social networks ends up jeopardizing their academic performance. The values reflected in the table show medium effect sizes where the mean difference is significant and low effect sizes when otherwise.

When the MDGs (Millennium Development Goals) were conceived, the reality of certain vulnerable societies was not always considered. It was therefore necessary to improve both the quality and the coverage of the statistical indicators for monitoring specific MDG objectives and targets. In this way, these parameters serve as a tool to apply effective policies in developing countries [31]. The current SDGs were developed with an integrative approach, which includes the study of intergenerational differences and statistical indicators which can quantify the perception of social networks in the academic environment.
When performing an analysis of the results, we were able to identify significant differences between both (generations X and Y) groups, as well as equally important similarities, with a view to improvements in teaching and learning processes.
We observed how both generations agreed and pointed to the benefits offered by social networks in the academic field: information and resource sharing with classmates, group projects, and solving questions related to their respective course content. These results coincided with the findings of other authors [3,4,32,33], confirming the potential of social networks when applying active and participative methodologies and encouraging exchanges between equals with common academic goals. In addition to the improvement that social networks offer to the development of group projects, easing student integration, they also add a motivational component [34,35].
The levels of social-network usage within the academic environment, results that are not reached by other studies [2,27,36], may differ because the students who were administered the survey were studying online degrees. Nevertheless, we consider that this fact, rather than being a limitation, is an opportunity, since it has led us to identify future lines of research and design actions to utilize these spaces. Social networks can be a tool through which new learning models may be devised, arising through interaction and cooperation, where the focus is on the students.
Continuing with the significant differences, we can observe how social networks have a different meaning for each generation. Although students belonging to Generation Y considered them an important element in their lives, Generation X students could not share that view. This difference may be due to the fact that the former group has grown up immersed in a highly technological environment, whereas the latter had to adapt to it, to learn how to use it, but has not completely rejected older instruments. Other authors have pointed out [37] that the difference is not in the use, but in the perception of technology, affecting the behavior in each mean.
Therefore, the main differences found in this study are concentrated within the social field, like the implications that social networks may have in maintaining friendships or raising awareness of what happens around them. This dependency may be one reason behind the social pressure that some authors have noted, as well as the integration in their daily life of social and digital media, transforming them into indispensable elements [37,38].
Having said that, in the academic field, discrepancies found among students from both generations are focused on two aspects: the ability that social networks have to promote the acquisition of new knowledge and the way that excessive use of them can impact students’ performance. Even though existing concerns have been raised in other studies for how the time dedicated to social networks may affect a student’s academic performance [27,36], the results suggested that it is not a factor of distraction for Generation X students. It could be connected to the frequency of use; even though we encountered no findings that reflected significant differences between the time each generation dedicated to the use of these tools [18,39]. Hence, we relate this more with the differences perhaps present within both, in relation to attitudinal characteristics [40,41,42].

In view of the work that has been presented and the results, the following conclusions may be drawn:
1. It can be argued that the tool is not the cause of the differences between the two generations, but it is the way the tool is used and the meaning it has as a social medium and as a learning resource. It all emphasizes the role of the generation to explain students’ behavior in the management of different media for academic progress.
2. According to the perceptions of the students participating in this study, it is important to highlight how social networks have become a learning strategy, as well as a tool that enables the development of communication skills. These can be used to improve teaching processes, promoting the creation of a new environment where dialogue and mutual enrichment between different generations are encouraged. It also demonstrates the importance of social models and it boosts sustainable education.
3. Social networks can promote and transform teaching–learning processes, providing more social, open, and collaboration-oriented environments. This challenge is ever present for teachers, demanding changes within their roles, as well as in communication and learning assessment.
4. The presentation of evidence that shows positive attitudes towards the use of social networks in the academic environment encourages the development of future studies that could explore the design of methodologies that integrate the use of these tools, replicating the development of activities that promote collaborative learning. 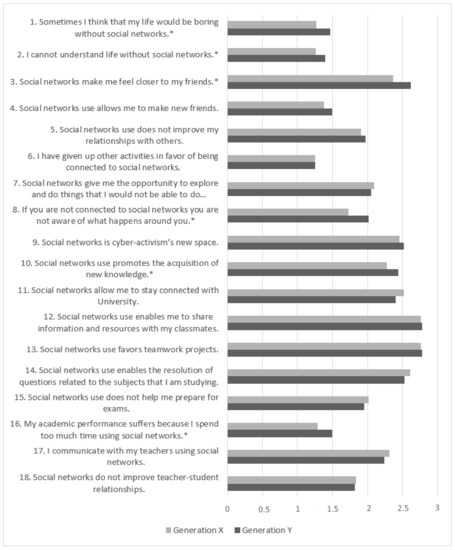 Table 4. Comparison of means for independent.
Table 4. Comparison of means for independent.
* Significant difference of 0.05. ** Significant difference of 0.01.
© 2020 by the authors. Licensee MDPI, Basel, Switzerland. This article is an open access article distributed under the terms and conditions of the Creative Commons Attribution (CC BY) license (http://creativecommons.org/licenses/by/4.0/).
We use cookies on our website to ensure you get the best experience. Read more about our cookies here.
Accept
We have just recently launched a new version of our website. Help us to further improve by taking part in this short 5 minute survey here. here.
Never show this again