From the points opened in the previous Discussion section, and in relation to improving the knowledge of households in Huelva about the integral water cycle, we can recommend a series of actions that, in some way, the web-based prototype [39] should incorporate such as:
1. Technical but informative and entertaining approach to the water path in the different blocks that make up the integral water cycle and its impact on the consumer. According to what we commented in the Discussion section, regarding the difference in correct answers between the more technical questions and those that, on the same topic, are less technical in writing, it is recommended to use a simpler, less technical language. Besides, whenever possible, visual support should be used to educate households about the integral water cycle, in the implementation of the web-based prototype.
2. Follow the communication style previously used in the campaign for the use of wipes in the Huelva water home [27], which had a positive impact among households, emphasizing the use of more straightforward language and attractive visual support through images or videos that can improve touch-points with households. These are critical elements within the DT where the value created between customers and the service company occurs [47].
3. Household education on the catchment stage, sewage, and purification networks, especially on the impact of water use on sources (source) and purification (discharge). We understand that the focus must be on reviewing Huelva’s relationship and the sustainability of its closest natural environment, as other experiences have reviewed [48,49]. It is about replacing the magical character that households seem to give to the water service, with another concept that values more the water service and its connection with the city’s environment.
4. Provide households with more information on the quality of the water and the network that supports the service, given the appreciation that households make of both.
5. As households value reclaimed water positively, it is considered that it would be an opportunity to try financing strategies, by Aguas de Huelva, for the installation of reclaimed water technologies in the home that promote their adoption.
6. The semantic dimension in our project is critical, so in the future prototype stage in our DT framework [20], the graphic part and the web-customer relationship interface are critical to generating our web-based prototype, with which to interact with households [39]. Wicked problems are too abstract [40]; therefore, there are many linguistic barriers to be able to communicate with precise words. Having an excellent graphical interface is essential for the success of the project. Therefore, it could be necessary to contract an agency specialized in web design [50].
7. To achieve greater household engagement regarding the efficient use of water, it is necessary to generate new messages and meanings about water combined with technology and ICT facilitators around water [51]. The goal is to create a radical vision about water, a new strategic meaningful direction with a high impact on households’ water valorization [52].
8. Since the economic factor is a significant component in the possible acceptance of water regeneration technologies in the home, models based on the type of design produced by PSS should be considered. This can lead households to change their perception of water, going from models of technologies in the home based on device ownership to models based on access to the service that water provides for households (access-based wellbeing) [53]. In this new paradigm, the water company owns the technology that facilitates such service. From the water company’s point of view, there would be an economic interest aligned with sustainability [54] in increasing the efficiency, durability, and reuse of the technology and materials involved in water service. This model aligns PSS with sustainability.

We would like to draw attention to several facts that act as essential conclusions to improve household engagement:
The results obtained regarding the influence of the degree of knowledge on the integral water cycle and awareness regarding the price are in line with those obtained in other studies throughout the world, that appear cited in this paper.
However, the non-influence of social factors (activities and participation in organizations) and zonal factors (areas/districts) within the city do not follow what was obtained in other studies, like that of Dean et al. [10].
This paper’s novelty lies in having a portrait of the starting point of the homes of an intermediary city (Huelva) in their relationship with water. It analyzes the characterization of the city’s hydrosocial contract in its private behavior. Most other scientific research has focused on large cities that suffer from water stress, or even water scarcity, while in the case of Huelva, it is an intermediary city with low water stress. The absence of a sensation of scarcity does not act as a motivating lever among citizens to improve efficiency in water use. Without this motivating driver, the entire project’s goal is to determine to what extent a more efficient and sustainable use of water can be achieved in households through strategies focused on managing demand (WDM) and not supply. To what extent is citizen’s engagement regarding water possible, and what is the effectiveness of the levers proposed to achieve it?
Perhaps the methodology, material and means, and results presented in this research can serve as inspiration for other studies on household engagement with water, in a similar context. In particular, they could be applied to other intermediary cities with low water stress throughout the world.

This study was partly supported by the Grupo Suez and Aguas de Huelva Water Company. 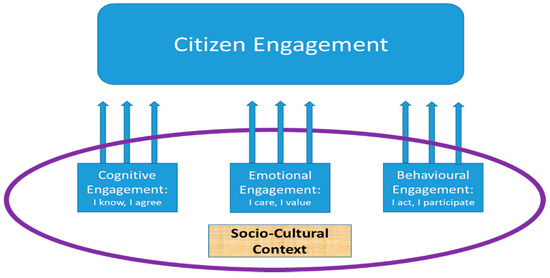 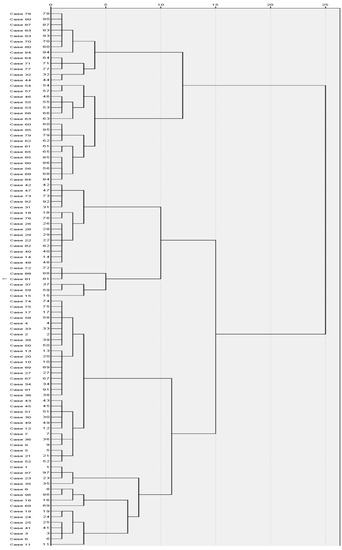 Table 7. ANOVA (Source: Authors).
Table 7. ANOVA (Source: Authors).
© 2020 by the authors. Licensee MDPI, Basel, Switzerland. This article is an open access article distributed under the terms and conditions of the Creative Commons Attribution (CC BY) license (http://creativecommons.org/licenses/by/4.0/).
We use cookies on our website to ensure you get the best experience. Read more about our cookies here.
Accept
We have just recently launched a new version of our website. Help us to further improve by taking part in this short 5 minute survey here. here.
Never show this again