Anthropogenic activities may result in the accumulation of heavy metals in the soil, especially in economic development zones with frequent industrial activities. Therefore, the investigation and assessment of soil heavy metal pollution in economic development zones is one of the important measures for soil environmental management and sustainable development. This study used Nemero evaluation, Kriging interpolation, cluster analysis, and principal component analysis to investigate the contamination degree, spatial distribution, and origin of heavy metal in Anhui Chaohu Economic Development Zone (ACED), Anhui, East China. The result showed that different land use types can cause different levels and types of soil heavy metal pollution. The maximum concentrations of heavy metals in the study area all exceeded their background value but did not exceed the guide values. The highest average concentrations were found in Zn, followed by Cr and Ni. The concentrations of As in soils have the largest coefficient of variation (CV) at 38%. The concentration of heavy metals in different functional areas was varied, the areas with higher Ni, As, Cd, Zn, and Cr concentrations were mainly distributed in Hot Springs Resort (HSR), the relatively higher concentrations of Pb, Hg, and Cu were mainly distributed in Integrated Zone (IZ), while all heavy metal (except for Ni) have relatively higher content in the surface soil of Huashan Industrial Zone (HIZ). Origin analysis showed that soil As, Cd, and Zn in HSR surface soil were predominantly influenced by agricultural activities, while Ni and Cr were mainly controlled by parent material. Pb and Hg in IZ surface soil were predominantly originated from the vehicle and domestic exhaust, and Cu was mainly controlled by industrial pollutants. Industrial activity was the main source of soil heavy metals in HIZ. Although heavy metal in ACED surface soil did not reach pollution levels, the concentration of Cd, Hg, Pb, and Cu was significantly affected by anthropogenic activities, especially in HIZ, which the necessary attention of heavy metals needs to be given. View Full-Text
Keywords: soil contamination; industrial area; urban soil; pollution assessment; topsoil soil contamination; industrial area; urban soil; pollution assessment; topsoil
►▼ Show Figures 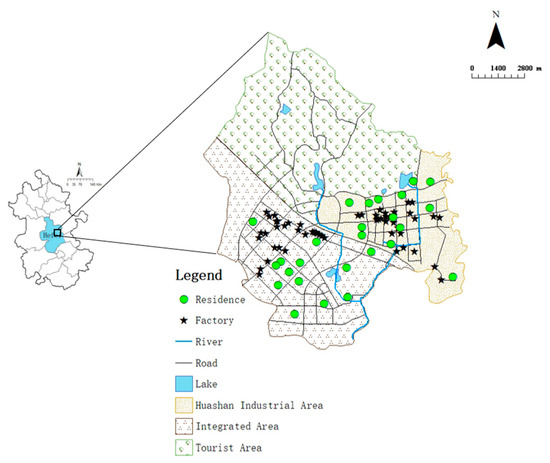