Exploring Value Creation in Sustainable Entrepreneurship: Insights from the Institutional Logics Perspective and the Business Model Lens
Next Article in Special Issue

Analysis of Fallow Farming Decision-Making Behavior of Farmers Based on Hawk-Dove Game Theory: The Case of Guizhou Province
Previous Article in Journal

Is South Korea’s Emission Trading Scheme Effective? An Analysis Based on the Marginal Abatement Cost of Coal-Fueled Power Plants

This paper examines not only the effectiveness of the South Korean emissions-trading scheme (ETS), but also the determinants of its performance. We apply a directional distance function and stochastic frontier analysis method to estimate environmental efficiency and the marginal CO2 abatement costs for 50 coal-fueled power plants from 2008 to 2016. The result indicates that the efficiency differs between the Lee Myung-bak and Park Geun-hye administration periods, with performance in the former period being relatively more effective than in the latter. Meanwhile, there were price gaps of 57.98% and 72.76% in 2015 and 2016, respectively, between the realized carbon market price and our result, indicating significant suppressed pressure on the market. We conclude that the Korean government should strengthen its regulations to more effectively implement a green economy. Policymakers could impose a carbon tax; substantially decrease the carbon emissions-free quota; and provide more incentives, especially to the energy-intensive, resource-saving coal-fueled power plants. This would ultimately keep market prices within a reasonable range and achieve a balance between the supply and demand for carbon emission allowances in the market. View Full-Text
Keywords: coal-fueled power plant; marginal abatement cost; efficiency; ETS; Korea; stochastic frontier analysis coal-fueled power plant; marginal abatement cost; efficiency; ETS; Korea; stochastic frontier analysis
►▼ Show Figures 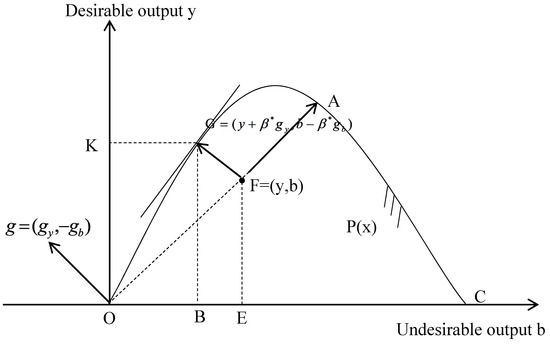