Development and Forecast of Employment in Forestry in the Czech Republic

Article
Roles of Motivation, Opportunity, Ability, and Trust in the Willingness of Farmers to Adopt Green Fertilization Techniques
by

:
Green fertilization technologies such as the formula fertilization technology and the water and fertilizer integration technology are important technologies to realize fertilizer reduction and replacement. To explore the willingness of farmers to adopt those technologies and its driving path, can help to improve soil quality and promote the sustainable development of agriculture. In this paper, trust is incorporated into the theoretical framework of motivation, opportunity, ability (MOA). Based on the questionnaire survey data of citrus farmers in Guangdong and Jiangxi provinces in China, the logical relationship of farmers’ willingness to adopt green fertilization technology is analyzed from four aspects of adoption motivation, adoption opportunity, ability (technical operation ability and ant risk ability), and trust by using a structural equation model. The results showed that adoption motivation, adoption opportunity, technical operation ability, and anti-risk ability had significant positive direct effects on adoption willingness, which were 0.610, 0.381, 0.491, and 0.297, respectively. Trust had an indirect effect, which was 0.191. From the results of cross-group analysis, it can be seen that farmers’ participation in organizations or contracts signed will strengthen the influence of adoption opportunity, technical operation ability and adoption motivation on adoption willingness. However, the influence of the anti-risk ability on adoption willingness was strengthened by the non-participation or non-contract peasant household groups.
Keywords:
green fertilization technology; adoption willingness; motivation; opportunity; technical operation ability; anti-risk ability; trust; sustainable agricultural development; structural equation model

The primary interest of this study is to investigate the logical relationship between potential variables such as adoption motivation, adoption opportunity, technical operation ability, risk resistance ability and trust and farmers’ willingness to adopt green fertilization technology. Because those variables are difficult to directly observe, and there may be multiple collinearity within these observable variables, it is not suitable to adopt Probit model and Logistic model. The structural equation model can not only solve the above problems well, but also measure the direct or indirect effects and obtain the key driving paths [23]. Therefore, this paper applies the SEM model for analysis, and the proposed measurement equation is as follows: where X is the vector of exogenous observation variable, which reflects the motivation, opportunity, ability, and trust degree of farmers to adopt green fertilization technology; and Y is the endogenous observation variable vector, which reflects the willingness of farmers to adopt green fertilization technology; ∧x and ∧y are the factor loadings of X and Y respectively; ξ and η represent the exogenous latent variables (i.e., adoption motivation, adoption opportunity, technical operation ability, anti-risk ability, and trust) and endogenous latent variables (i.e., adoption willingness) respectively; δ and ε represent the measurement error of the explicit variable. In addition, ε is not related to η, ξ and δ, and δ is not related to ξ η and ε.
Based on measurement of the Equations (1) and (2), a structural equation model between exogenous and endogenous latent variables was constructed:
η = Bη + Γξ + ζ
where B and Γ represent the coefficient matrix of endogenous and exogenous latent variables, and ζ is the random error term of the structural equation.

The data used in the present study were collected by the research team through a field survey of citrus farmers between May and July 2019 in Guangdong and Jiangxi provinces in China. The selected investigators were trained first, and then pre-investigated to allow them to understand the questionnaire accurately. Finally, face-to-face interviews were conducted with the citrus farmers. The field survey collected detailed information about respondents’ citrus production operations and citrus sales details as well as organizational participation.
A multistage sampling procedure was used to collect data. First, Guangdong and Jiangxi provinces were purposively selected due to the intensive citrus production in these provinces. Second, we selected representative counties with significant citrus output, and they are the model counties of organic fertilizer instead of chemical fertilizer in fruits, vegetables and tea cultivation in each province. In particular, Meixian district and Huidong County in Guangdong and Xinfeng County in Jiangxi were selected. Third, six to five townships were randomly selected in each county/district, and these towns have taken into account whether the organic fertilizer replaces chemical fertilizer core demonstration zone and the non-core demonstration zone. Fourth, two to three villages affiliated to each town in the selected district were randomly selected. Finally, around 10 households including both participated organization farmers and non-participated in each village were randomly selected. Overall, 16 townships were randomly selected in the three counties, and 450 sample households were selected for the interview, 24 invalid questionnaires were excluded, and 426 actual questionnaires were valid, the effective rate of the questionnaire was 94.67%. In addition, the sample includes 232 participated organization farmers and 194 non-participated. The questionnaire included household and farm-level characteristics, citrus production and operation details, green fertilization technology adoption details, and organization membership in 2018.

Considering our interests in studying the willingness of farmers to adopt green fertilization technology based on the improved MOA theory, we focus on the indicators of farmers’ green fertilization technology adoption motivation, adoption opportunities, technical operation ability, anti-risk ability, trust and willingness to adopt. According to these indicators, a series of questions for observable variables are set in the questionnaire (see Table 1). The respondents were asked to answer the questions based on a five-point Likert scale (strongly disagree = 1; disagree = 2; neither agree nor disagree = 3; agree = 4; strongly agree = 5). The adoption motivation and adoption opportunity scales are developed on the basis of the research results of Wu et al. and Blazy et al. [16,24]. The technical operational ability scale and the risk tolerance scale were improved by referring to the research results of Lambrecht et al. [25], and the trust scale was improved by referring to the research results of Prazan et al. [19]. The adoption willingness scale is derived from the relevant studies of Li [26].
The descriptive statistics showed that the average value of the four questions that represented the adoption motivation was 4.11, indicating that citrus farmers had a certain motivation to adopt green fertilization technology. The average value of the three questions representing the adoption opportunity was 3.69, indicating that there are not many opportunities for farmers to obtain the technology, especially the government’s poor performance in green fertilizer purchases. The mean values of the two questions of technical operation ability and anti-risk ability were 4.12 and 4.09, respectively, indicating that farmers have higher technical operation ability and anti-risk ability to adopt green fertilization technology. The average value of the two questions representing trust is 3.35, indicating that farmers have a low degree of trust in the government, especially in terms of the government’s help in reducing losses; The mean value of the two questions representing the adoption willingness was 4.38, indicating that farmers had a high demand for green fertilization technology.

Before the structural equation model is used for analysis, reliability and validity tests should be carried out on the data. Table 2 includes standardized factor loadings, Cronbach’s α, AVE, and CCR for each construct. All the loadings (see Figure A1) of items that remained to measure each variable were above 0.7 and larger than the cross-loadings, all items for each construct were confirmed to satisfy the criteria. Cronbach’s α is an important index to check the internal consistency of latent variables, the Cronbach’s α values for motive, opportunity, operation, anti-risk, trust, and willingness were 0.836, 0.863, 0.762, 0.776, 0.759, and 0.852, respectively; each construct was above 0.70. The AVE values were between 0.5622 and 0.7431, and all above 0.50, indicating a high level of convergent validity [27]; and the CCR were between 0.764 and 0.870, surpassing the suggested 0.70 minimum and indicating that the composite measurement items have sufficient internal consistency reliability [27]. In addition, the KMO Test value was 0.835 and the Bartlett’s Test statistical value was 0.000, indicating that the observed variable data had good validity and was suitable for factor analysis. Therefore, those tests show that this measurement model has a good convergent validity.
Before the initial model to be modified, cross-validation should be conducted [28,29]. Therefore, we used SPSS20.0 (IBM, New York, NY, USA) to randomly divide the original sample into two parts: a derivation sample and a cross validation sample. Then, two groups were established in AMOS, and the randomly divided sample data were imported to conduct multi-group analysis to obtain cross-validation results. The results (see Table 3) show that the hypothesis “Assuming model unconstrained to be correct” is accepted (p > 0.1). It is suggested that once a favored model is found, its fit can be assessed by using different data from the cross-validation sample. The cross-validation test indicates that the validity of the model is ductile and stable, which further demonstrates the validity of the model.

Investigation, Q.L., H.M.; Methodology, Q.L., D.L.; Writing—original draft, Q.L.; Writing—review & editing, Q.L., F.Z., and T.L., All authors were committed to improving this paper and are responsible for the viewpoints mentioned in this work.

We are thankful for the financial support of the National Social Science Foundation of China (14BJY122) and The Graduate Student Overseas Study Program of South China Agricultural University (2019LHPY007). We express our appreciation to the anonymous referees and editors of the journal for their constructive comments and suggestions. 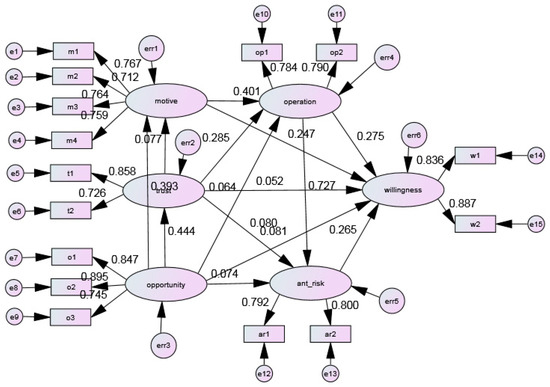 Table 6. Cross-group comparison results of structural equation models.
Table 6. Cross-group comparison results of structural equation models.
Notes: *, **, and *** indicate significance at the 10%, 5%, and 1% levels, respectively. Organizational members refer to members of agricultural production and operation organizations, mainly members of cooperatives or agricultural enterprises. Contract signing refers to whether a production contract is signed between farmers and cooperatives or agricultural enterprises.
© 2019 by the authors. Licensee MDPI, Basel, Switzerland. This article is an open access article distributed under the terms and conditions of the Creative Commons Attribution (CC BY) license (http://creativecommons.org/licenses/by/4.0/).
We use cookies on our website to ensure you get the best experience. Read more about our cookies here.
Accept
We have just recently launched a new version of our website. Help us to further improve by taking part in this short 5 minute survey here. here.
Never show this again