Citizen Relationship Management (CiRM) is one of the important matters in citizen-centric e-government. In fact, the most important purpose of e-government is to satisfy citizens. The ‘137 system’ is one of the most important ones based on the citizen-centric that is a municipality phone based request/response system. The aim of this research is a data-mining of a ‘137 system’ (citizens’ complaint system) of the first district of Bojnourd municipality in Iran, to prioritize the urban needs and to estimate citizens’ satisfaction. To reach this, the K-means and Bees Algorithms (BA) were used. Each of these two algorithms was executed using two different methods. In the first method, prioritization and estimation of satisfaction were done separately, whereas in the second method, prioritization and estimation of satisfaction were done simultaneously. To compare the clustering results in the two methods, an index was presented quantitatively. The results showed the superiority of the second method. The index of the second method for the first needs in K-means was 0.299 more than the first method and it was the same in two methods in BA. Also, the results of the BA clustering were better at it because of the S (silhouette) and CH (Calinski-Harabasz) indexes. Considering the final prioritization done by the two algorithms in two methods, the primary needs included asphalt, so specific schemes should be considered. View Full-Text
Keywords: citizen relationship management; e-government; clustering; K-means; bees algorithm; GIS citizen relationship management; e-government; clustering; K-means; bees algorithm; GIS
►▼ Show Figures 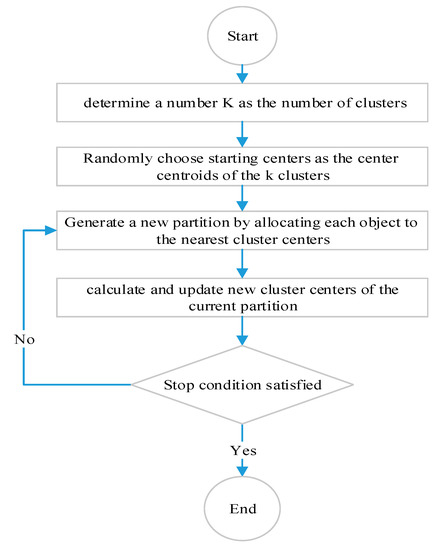